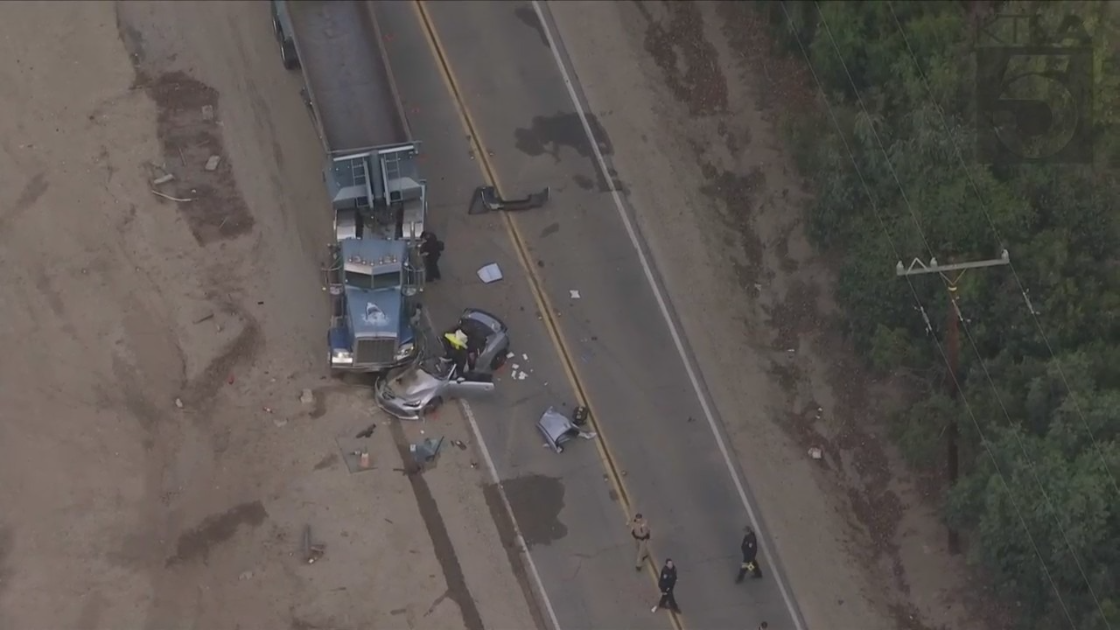 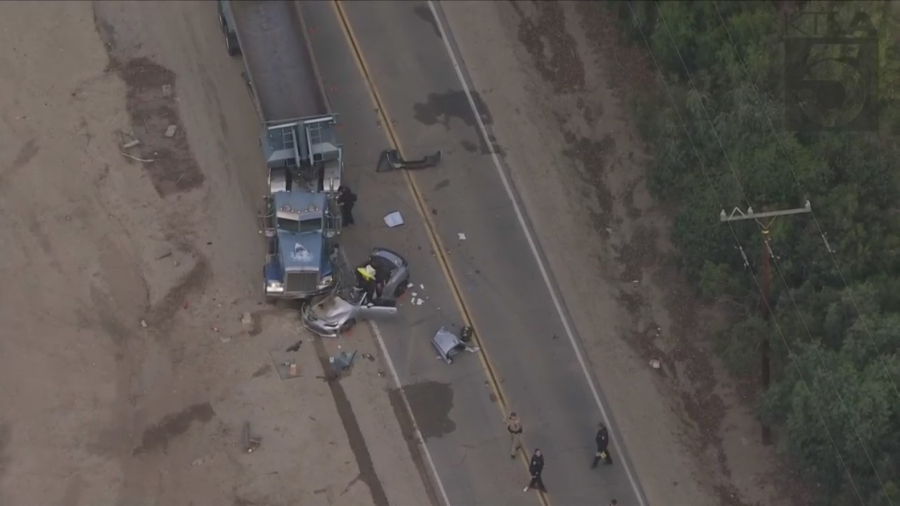 Two people were killed and two injured in an accident involving a car and a semi-truck in Moorpark on Monday afternoon.

The accident occurred at around 3 pm near the intersection of Grimes Canyon Road and Meadowglade Drive.

Welsbie said two more people were hospitalized, one by air and one by land. Their status was unknown.

No further details were given about the accident, but California Highway Patrol officials have asked drivers to stay away from the area for several hours. Drivers can take the 118 Freeway or Balcom Canyon Road as a detour.

According to Sky5’s aerial video, several police officers remained at the scene about two hours later investigating the remnants of the crash.