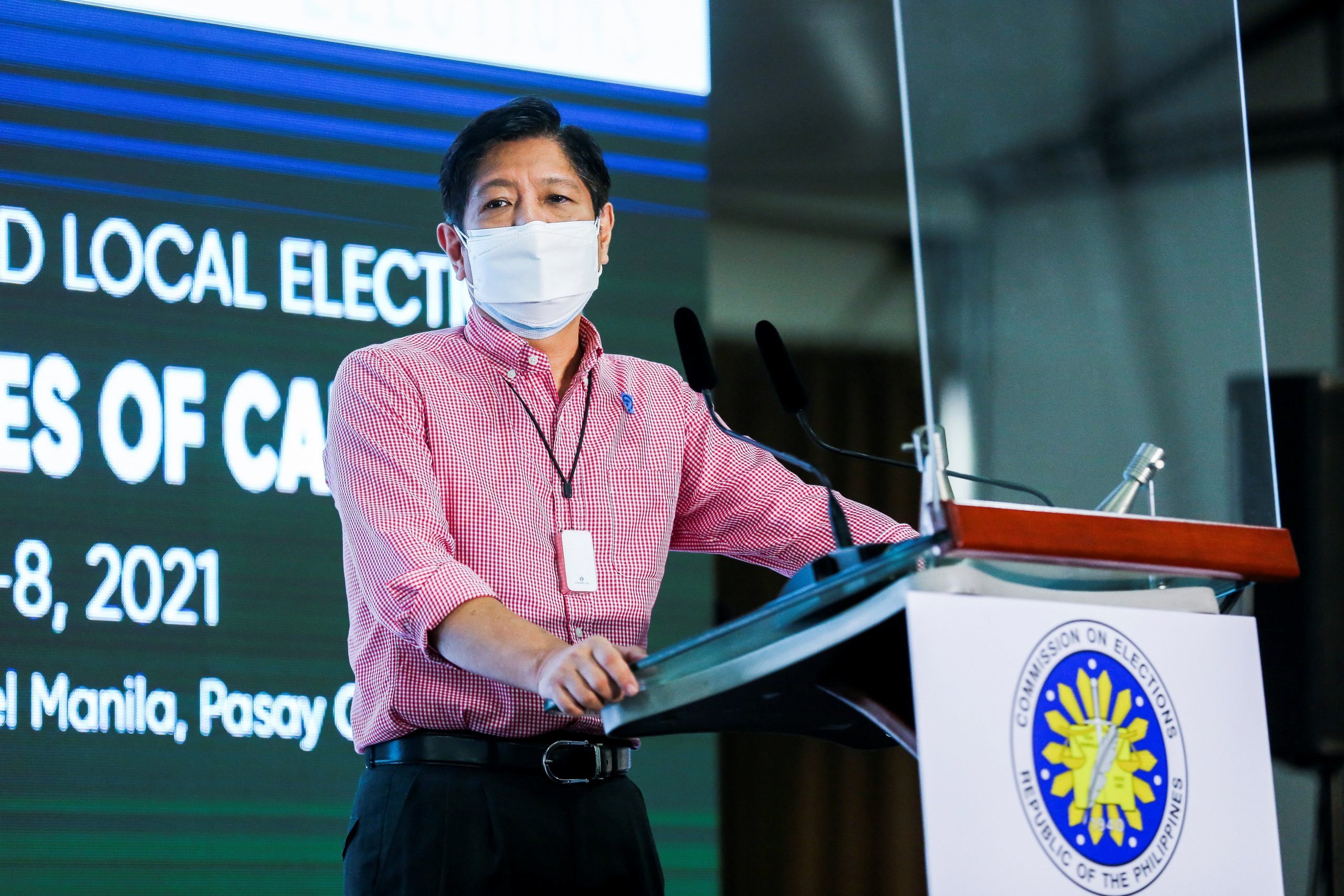 WHEN Philippine Catholic priest Father Nap Baltazar raised his hands to bless the people attending mass, the sleeves on his white vestment slid back to reveal a pink bracelet inscribed with the words “Let Leni Lead.”

Fr. Baltazar, 47, belongs to a group of like-minded priests in Asia’s biggest Catholic nation who have abandoned their neutrality to oppose the presidential bid of Ferdinand “Bongbong” R. Marcos, Jr., the late dictator’s son and namesake, and openly endorse his closest rival Maria “Leonor” Leni G. Robredo, whose team color is pink.

“I will do everything I can to make sure he does not sit as president,” Fr. Baltazar said of the 64-year-old Mr. Marcos.

The priest, who says he has never before campaigned publicly for a politician since being ordained, drives a van adorned with an image of Ms. Robredo and the words “Pray and Choose Wisely. Your future depends on it ”written in pink.

Back in 1986, the Catholic Church championed a “People Power” uprising that overthrew Mr. Marcos’ father and drove his family to exile.

But now, Marcos Jr., a former congressman and senator, appears poised to clinch the presidency, following a decades-long political fight back by a family accused of leading one of Asia’s most notorious kleptocracies.

The elder Marcos ruled for two decades, almost half of it under martial law during which thousands of his opponents were beaten and tortured, and disappeared or were killed.

Ms. Robredo, 56, narrowly defeated Mr. Marcos in the 2016 vice presidential contest. She is the leader of the opposition and the only female candidate in this year’s presidential race.

A former human rights lawyer, she has been a thorn in Mr. Duterte’s side, questioning his war on drugs, his embrace of China and recently the handling of coronavirus disease 2019 (COVID-19). “Leni happens to encapsulate the values ​​of the Church and that is why I am not afraid to show my face and support her,” said Father Edwin Gariguez, while meeting with people in his diocese in Calapan, south of the capital, in a pink mask and pink shirt promoting Ms. Robredo.

The return of a Marcos to the country’s seat of power is unthinkable for millions of Filipinos, including for Father John Era, who started the “Pari, Madre, Misyonero Para Kay Leni (Priests, Nuns and Missionaries for Leni),” hoping to use their “influence” to rally support behind her.

Mr. Marcos has been campaigning on a promise to bring unity to the Philippines but is not entertaining questions about atrocities during his father’s rule, which his critics say his family has neither apologized for, nor properly acknowledged.

“While presidential candidate Bongbong Marcos is calling for unity, we are saddened by the men and women of the Catholic clergy who are doing the exact opposite and have abused the pulpit, allowing it to become a platform for hateful and negative campaigning,” his spokesman , Victor Rodriguez, said.

“As men and women of the cloth, they should be more circumspect, refrain from openly meddling with politics and stop making reckless imputations or statements that only serve as spiritual, moral, social and cultural poison,” he added.

The Catholic Church, which also participated in a popular movement in 2001 that led to the ouster of another president, Joseph E. Estrada, is at the Philippines’ core.

Four-fifths of the nation’s over 110 million population are Catholics, and many still practice their faith with gusto.

Not everyone in the Church approves of the priests’ actions, which have also drawn mixed reactions from Filipinos, who have taken to social media to either praise or decry the clergymen for taking political sides.

Father Jerome Secillano, Public Affairs executive secretary at the Catholic Bishops Conference of the Philippines (CBCP), said the Church law forbids clergymen from engaging in partisan politics, and the role of the Church and clerics is “only for education and formation of consciences. ”

Leaders of other religious groups in the Philippines, like the Kingdom of Jesus Christ and El Shaddai, which politicians have courted in the past because their members are known to follow their leaders’ advice, have also come out to back Mr. Marcos’s candidacy.

And while Bishop Pablo Virgilio David, the president of CBCP, said the Church would not dictate who its members should vote for in the election, he has hinted which side he favors.

During a mass on Feb. 8 at his diocese in Caloocan, he gave his blessing over the decision of its lay leaders to support Ms. Robredo. “It is not right to be neutral when truth and the country’s future are at stake,” said the bishop, who was wearing a pink face mask. “To be neutral means that you support evil.” – Karen Lema / Reuters