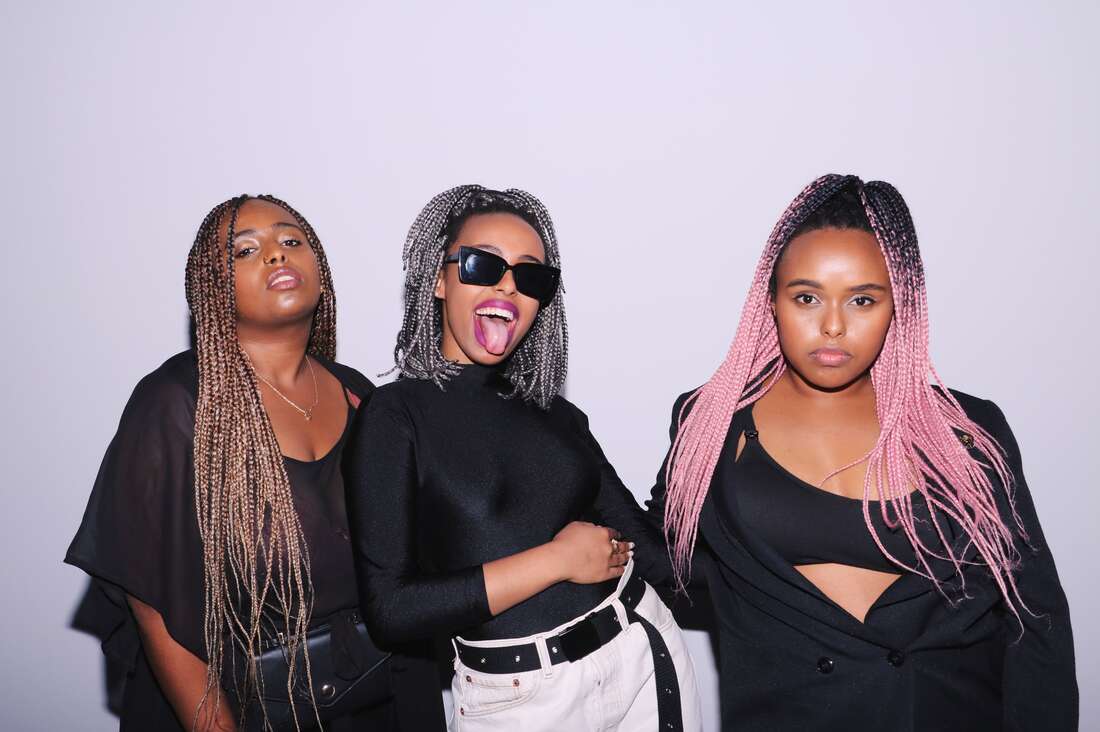 Three weeks ago, life was great for a group of three Ukrainian sisters of Ethiopian origin. The group, FO SHO, formed in 2019 is a household name in Ukraine’s pop music scene and has gained influence across Europe with their bold style of hip hop, outspoken lyrics, and colorful fashion sense.

But life has since taken a dramatic turn for Betty, Siona, and Miriam Endale, as they joined the millions of Ukrainians fleeing the country to safety from bombardment by Russian troops.

The three who are fluent Russian speakers had to abandon their home in Kharkiv, where they were born to parents who had met as medical students in the second-largest city of Ukraine in the 1980s.

“Immediately we fled, I received a message that a building near our house had been bombed,” says Betty, the eldest of the sisters.

During an hour-long interview with BDLife via Zoom from a shelter in the city of Odessa last week, she had to keep listening out for air raid sirens, a soundtrack of daily life since the invasion started.

“For the first time in my life, I held a gun to protect myself when I went out one night to look for food,” she says.

She was also anxious about the fate of her family, her parents, and sisters who were on their way out of the country that night.

“I am always a bright spirited person who smiles a lot but this war has brought out the anger in me because of the pain that I have experienced.”

“I have become an information warrior. Since I can not go to the war front, then I use social media and my art to counter all the lies and propaganda, ”says the 33-year-old.

According to her, the outrage over alleged racism against Africans should not distract from the suffering of the Ukrainian people.

“Many Africans I know have fled and are safe while there are Ukrainians who are still trying to escape to safety,” she says.

Addressing the biggest social issues of the day is a theme the group articulates through their music. Betty wrote the song “Black SQR” to condemn all forms of segregation with the lyrics: “In complete darkness, we are all the same, do not let your eyes confuse you.”

“I’m not going to lie that there is no discrimination in Ukraine, just as we face racism in other parts of Europe, but it is certainly not endemic,” she says.

The group’s other hit “X-tra” celebrates diversity, emphasizing that our differences make us unique and beautiful.

Incidentally, two years ago, she wrote the song “You Cry Now” (rhyming with Ukraine) with lyrics in both English and Ukrainian warning about the impact of war: “if we fight then we are going to cry now” the group sings in the chorus.

The group recorded the song that was addressed to the Russians to stop treating Ukraine as a little brother, but the outbreak of war disrupted the video production.

Meanwhile, a group of creatives is working on a 3D design for the song to be released as an NFT to raise money to support the Ukrainian army.

During one of the recent nights in the bomb shelter, Betty wrote a song that lampoons the Russian leader which will only be released “when we win the war.” “I had so many plans, we have collaborations with Dutch artists, we are booked for festivals in Germany, Estonia, we have so many things to do, nobody needs this war,” says Betty.

She maintains strong connections with her roots in Ethiopia even though she has only visited the country once at the age of five and speaks only a smattering of Amharic.

“There are so many instruments in Ethiopia that can enrich our sound as FO SHO, so I want to dig deeper into my roots,” she says.

During the recent war in the Ethiopian region of Tigray, Betty composed songs to lift the spirits of people caught up in the conflict. Little did she imagine that she would get caught up in a deadly conflict as has happened in the last few weeks.

“Love will win, even though we may pay the price of losing some lives.”