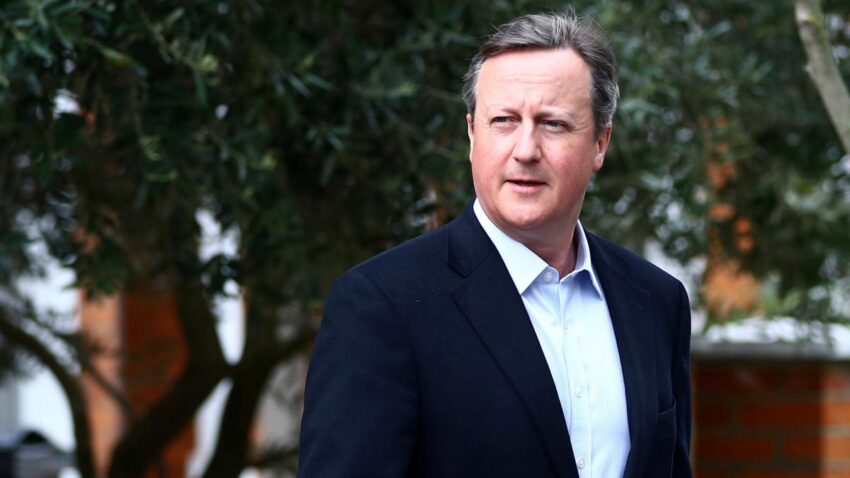 David Cameron has suggested that the government cut taxes instead of raising them and warned that there will be a “huge squeeze” on living standards.

The former prime minister said it would be a “very tough year” as he urged the government to help people with the soaring cost of living.

National insurance for employers and employees is due to rise by a combined 2.5 percentage points next month to fund efforts to cut an NHS backlog and pay for an overhaul of social care. Rishi Sunak, the chancellor, told the cabinet on Tuesday that the tax rise would go ahead, despite growing calls from Conservative MPs for it to be dropped to help people facing sharply rising inflation and energy bills.

Petrol smashed through the £ 2-a-liter barrier at a filling station in west London yesterday, squeezing household budgets further. The forecourt in Chelsea was charging 219p for a liter of diesel and 218.9p for unleaded, believed to be the highest in the country. Stations elsewhere are charging more than 190p a liter and some motorists have reported queues at forecourts as drivers seek to beat further increases.

Cameron told Andrew Marr on LBC radio that the government should “keep people’s taxes down” as he suggested it should reconsider the national insurance rise.

“We’re certainly looking at a huge squeeze on living standards when you see what’s happening with oil prices and petrol prices, you see what’s happening with people’s heating bills,” he said. “It’s going to be a very tough year. . . What can we do to help people? That’s the question at this difficult time. How do we address cost-of-living pressures?

Average household energy bills are forecast to rise to up to £ 3,000 a year in October because of soaring wholesale gas prices after Russia’s invasion of Ukraine. Inflation could peak at more than 8 per cent in the coming months.

Cameron said President Putin was a “phenomenal liar”, highlighting confrontations over the presence of Russian troops in the Donbas and the shooting down of a Malaysia Airlines flight in 2014.

In reality, costs for many drivers are far higher, as the Experian Catalist figures are nationwide averages. A year ago the price per liter of petrol and diesel was 124.32p and 127.25p respectively.

FairFuelUK, the campaign group, is urging Sunak to cut fuel duty to ease the pressure on inflation, small businesses and hauliers.

Motorists pay 57.95p in duty on every liter of fuel.