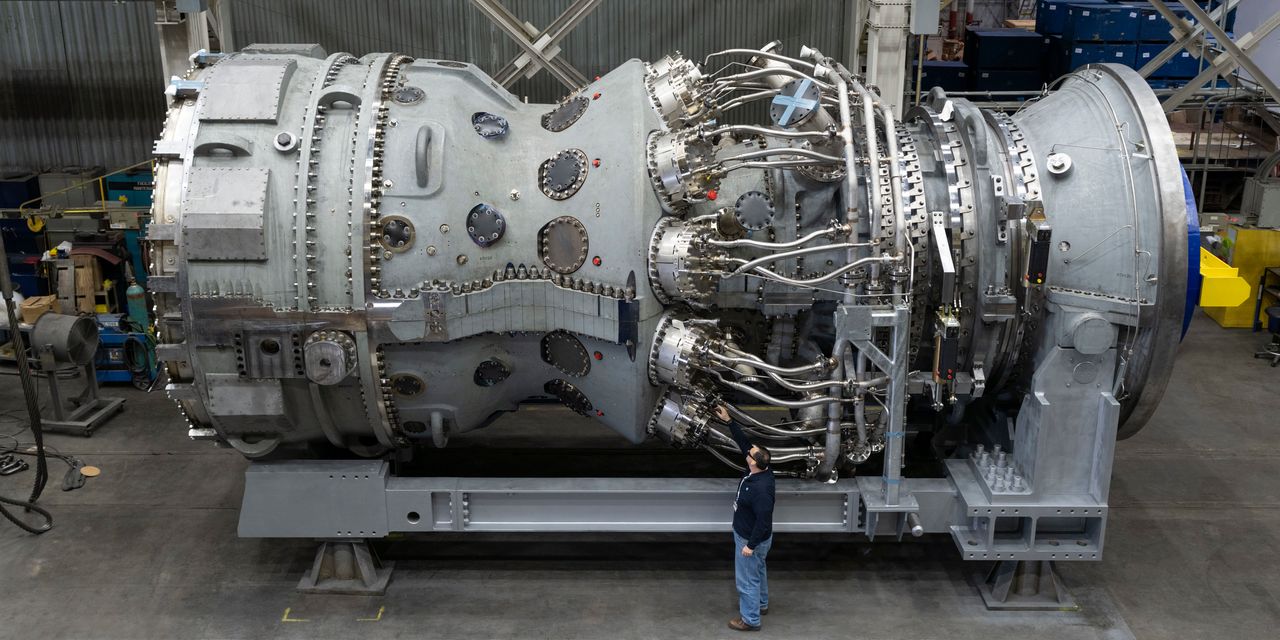 led a tour of one of its South Carolina gas power facilities as part of its Investor Day on Thursday — and while the machines produced there, and the process to make them, are incredible, sometimes great technology is not enough.

The story of GE’s (ticker: GE) gas power division shows why the company is redoubling its efforts in lean manufacturing. GE CEO Larry Culp, who joined the company in 2018, is a lean devotee and has taken its application at the US industrial giant to the next level.

Being lean has its roots in post-World War II Japan, and the concept broadly focuses on inclusive, decentralized, and hands-on management. It also incorporates statistical process control so companies can constantly improve operations and tackle problems.

Back to the machines. While taking part in the tour for analysts, investors and reporters at the plant outside Greenville, Barron’s saw a 7HA.03 natural gas-fired turbine that’s used to generate up to 430 megawatts of electricity. That works out to roughly 585,000 horsepower — the same amount of power generated by 1,200 semi trucks.

The turbine, one of the featured items produced at the site, is a behemoth, weighing in at around 350 tons. Bolts fastening parts of the shell — which contains compressor and turbine blades — are as thick as a man’s arm. The finished product looks like some kind of mashup between a giant mechanical squid and a submarine torpedo that could dwarf several elephants.

The compressor portion of the turbine, meanwhile, has more than a dozen rotors pressurizing air to more than about 20 times atmospheric pressure — the pressure someone would feel about 650 feet under the sea. The turbine’s combustor, which injects fuel, has 400 tubes. The four-stage turbine on the back end of the machine, which turns a generator, has hundreds of fan blades. There are roughly 3,000 parts in the turbine overall, and it can take up to a year to build one. It’s quite a machine.

So is the plant that produces it: The facility is equivalent in size to about 21 football fields. A seemingly endless array of white cubes are actually computer-controlled milling machines that produce rotor and fan blades, among other things. Gantry cranes and partially assembled turbines can also be found in the factory. Parts of steel cases on site include holes waiting to encase all the turbine and rotor blades.

Outside the back of the factory, Barron’s spotted a shrink-wrapped, finished turbine that was waiting to travel via rail to Charleston before being shipped to Asia. Beyond were warehouse-size buildings for testing turbines; it can take up to four weeks to install one turbine in a building for testing.

While all of this might not mean much for investors, it does show the difficulty of turbine production. GE’s gas power division is not likely to be disrupted by a start-up. But GE is not the only game in town:

Stable market structure is not enough to produce stellar stock returns, though. GE shares have lost investors about 16% a year on average over the past five years, while Mitsubishi shares have lost about 2% annually in that period. Siemens Energy does not have five-year returns, however

(SIE.Germany), which spun out Siemens Energy and owns 40% of that business, does. Siemens’ shares have managed an average annual return of about 5% since 2017. (Compare these stats to the

Weak power markets have not helped. Combined 2021 power sales at GE, Mitsubishi, and Siemens Energy came in about 8% below 2018 levels. And their combined operating profit margins have ranged from negative 0.5% to positive 4% over that span.

Looking ahead, GE believes it can grow its power business sales at a low-single-digit percentage and generate operating profit around 8% to 10%. Operating profit should be about $ 1.1 billion and $ 1.5 billion in 2022 and 2023, respectively. Both numbers are a slightly better than recent Wall Street expectations.

That’s better than recent history, and investors might be giving the company some credit for power improvement. GE stock is down about 2% so far this year, while the S&P 500 and the