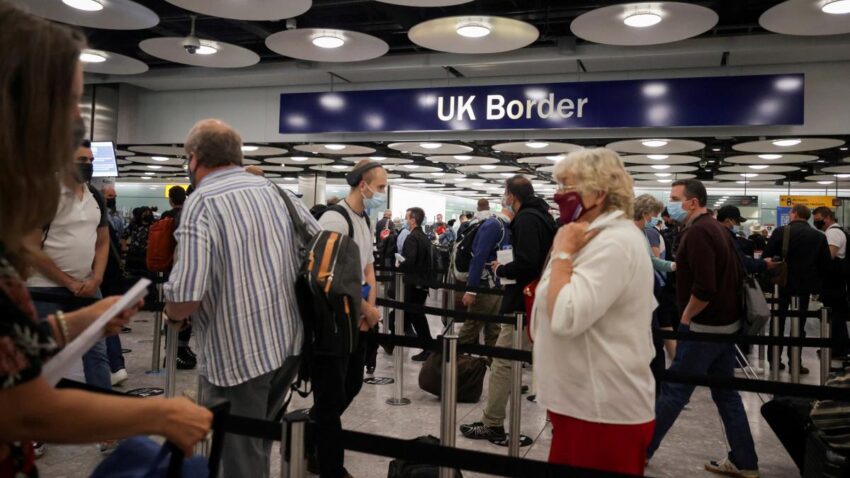 Covid cases are up almost 50 per cent since the start of the month, but the remaining travel rules will be dropped in time for the Easter holidays.

Ministers are not “overly worried” about rising cases and hospital admissions, both of which have started to increase this month after falls throughout February.

Scientists are uncertain what is driving the increase, with no hard evidence of a big return to normal mixing patterns or waning vaccine effectiveness.

NHS vaccinators have been told that boosters for over-75s and the immunosuppressed should begin on March 21 and be finished by the end of June, with the Joint Committee on Vaccination and Immunization considering a wider booster campaign later in the year.

Boris Johnson insists that Britain can control the virus through vaccines and treatments after dropping all remaining domestic restrictions last month, with confirmed coronavirus cases no longer required by law to isolate.

Johnson wants to be able to say that all restrictions are gone and Sajid Javid, the health secretary, has backed the move. A date is yet to be confirmed, but sources said locator forms would be gone in time for the Easter holidays.

There were 67,159 Covid cases reported yesterday, with the rolling average now up to 49,437, 49 per cent higher than on March 1. Admissions to English hospitals began rising two days earlier and now average 1,165 a day, up 23 per cent since the end of February. However, this is still almost half of January’s peak, while daily cases are less than a third of what they were at the start of the year.

One senior NHS source said they still hoped the increase was a “shoulder” in the overall fall as the Omicron wave passed. “We are not that concerned, but we are keeping an eye on it,” they said.

Hospital admissions usually rise only a week or so after cases increase and the causes of the increase are uncertain. Office for National Statistics figures released yesterday showed 99 per cent of older adults have antibodies, with no sign of a drop as booster vaccines wane.

Official surveys suggest that at the start of the month people were still having only about three contacts a day, largely unchanged since the end of last year’s lockdown. Google mobility data also suggests that visits to hospitality and leisure venues are still below December levels, while office attendance is similar to what it was before Omicron and still 21 per cent below pre-pandemic levels.

A Whitehall source said that within government “there are a couple of theories [for the rise], but we have not settled on one. We have not seen any evidence of dramatic behavior change, so some of the scientists are considering vaccine waning, although antibody level is still high. What it does show is the value of maintaining our surveillance and it’s important that we’ve done so. ”

The source added that “no one is overly worried at the moment, but we are keeping a very close eye on it”.

Jeremy Hunt, the former health secretary, said “there appears to have been a significant shift in the first week or so of this month” and he called for “more oomph on fourth jabs”.