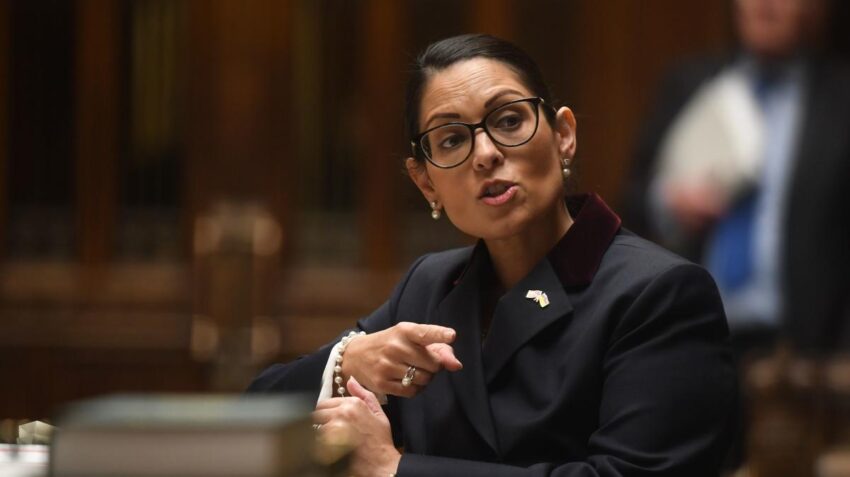 Priti Patel is preparing to expand her visa scheme for Ukrainians today, amid suggestions that Boris Johnson is growing frustrated at the low rate of refugees given sanctuary in the UK.

David Cameron, the former prime minister, lambasted the home secretary last night for being behind the national mood on refugees. He said that Britain should allow more Ukrainians in.

Patel is expected to announce that thousands of Ukrainians living in the UK on temporary work or student visas, estimated to be about 7,000 people, will be allowed to bring in their families. Ukraine’s ambassador to the UK confronted the home secretary on the issue after saying he had not known Ukrainians here temporarily had previously been barred from the family visa scheme.

The visa application process is to be streamlined in an attempt to clear a backlog of appointments. Any Ukrainian and their immediate family member who has visited the UK in the past five years will be able to come to the country without new biometric checks as they will have had the necessary security tests for their previous visas.

The Home Office announced last night that 100 plain-clothed military personnel will be sent to help manage visa application centers in Poland after warnings of riots because of a lack of appointments and support. Only 957 visas have been granted so far, despite more than 23,000 applications.

Vadym Prystaiko, Ukraine’s ambassador, urged ministers to go further and temporarily drop visa requirements for refugees. He told the Commons home affairs committee that at the very least Britain should drop security checks on children, telling MPs that youngsters fleeing Russia’s violence were “definitely not terrorists”. Prystaiko said his own wife had struggled to get a visa due to “bureaucratic hassles” when he first moved to Britain in 2020.

The changes being proposed by Patel were criticized as “tinkering around the edges” by Enver Solomon, chief executive of the Refugee Council, who called for all visa checks to be lifted. He said the government was “prioritizing bureaucracy and paperwork over traumatised people who have fled for their lives”. Solomon added: “It must adopt an approach that treats them as refugees.” Patel has faced growing pressure over Britain’s chaotic response to the refugee crisis, in which more than two million people have fled since Russia invaded. Government sources said the prime minister had become frustrated by the rate at which visas are being granted.

A source said: “We’ve set out a very generous offer. We just need to deliver on it and make sure people can come to the UK rather than be caught up in processes. ”

In public Johnson defended the UK’s policy towards refugees and said that he expected the number coming to the UK to reach “hundreds of thousands”. He piled pressure on his home secretary by insisting that the numbers would rise “very sharply”.

Michael Gove, the communities secretary, is expected to announce tomorrow details of a humanitarian route that would allow Ukrainian refugees without family ties to enter the UK.

On LBC radio last night, Cameron was asked by the presenter Andrew Marr if ministers were behind the national mood on Ukrainian refugees. The former prime minister replied: “They are.”

Cameron said he hoped that Richard Harrington, the new refugees minister, would speed up the flow of refugees. He added: “We’ve got to get this done, the prime minister wants it done and I’m sure it will be.”