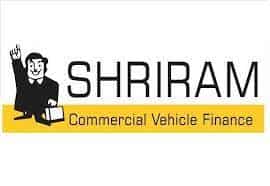 The fifth largest affordable housing player Shriram Housing Finance has set a target of doubling its loan-book to Rs 10,000 crore and become the third largest player by FY2024 on the back of a 45 per cent growth this fiscal at around Rs 5,300 crore.

Shriram Housing Finance, promoted by Shriram City Union Finance, commenced operations in December 2011 and for the past three years it has been doubling its loan book.

It operates around 100 standalone branches and over 200 branches inside its sister concern Shriram City Union and Shriram Transport Finance branches. Its footprint will cross 105 own branches (up from 77 last year) and 218 kiosks by the month-end.

With a little over Rs 5,000 crore of live loan-book as of February, Shriram Housing is the fifth largest affordable housing lender now and hopefully will be the fourth largest by the end of this fiscal with a loan book of around Rs 5,300 crore, said Ravi Subramanian, the managing director and chief executive of the city-based firm.

Aadhar Housing leads the segment with a loan book of over Rs 14,000 crore, followed by Awas and Repco with over Rs 10,000 crore each and Homefirst has a marginally higher book size than Shriram’s now.

“With a growth rate of 45 per cent in the 11 months of this fiscal, we’re the fastest growing affordable housing lender now. At this rate we can comfortably double our AUM / live loan-book to over Rs 10,000 crore by FY24. This faster growth has come on the back of heavy investment to widen the distribution channels, “Subramanian told PTI.

They also expect to take over the present number four by the end of this month and become the fourth largest with an AUM of Rs 5,200-5,300 crore, Subramanian said, adding this will further cement our position as the fastest growing in the segment with the best highest quality– gross NPAs nosedived from 5.6 per cent to 1.49 per cent to an 8-year low as of February and should decline further to 1.1-1.3 per cent by end March.

He attributed the massive improvement in asset quality to the decentralized underwriting practices coupled with better customer selection that has resulted in only 7 per cent of the nearly 1 lakh customers being first-time borrowers and more than enough emphasis on collection, which led to collection efficiency improving to 99.7 per cent in December and 97 per cent of the customers have paid at least one EMI in Q3.