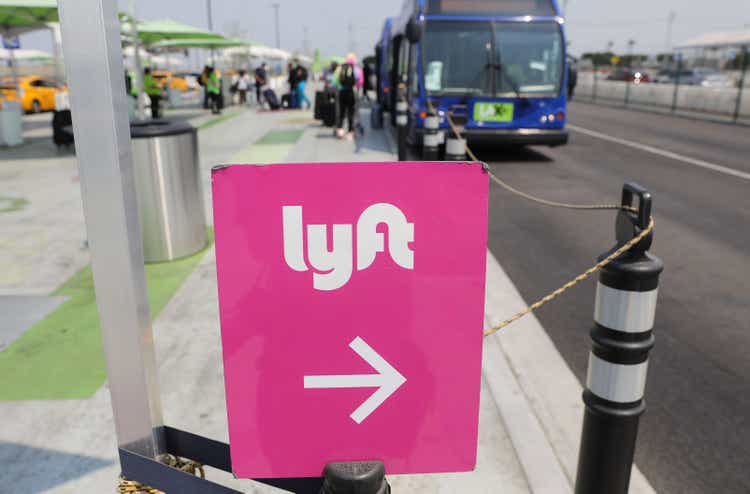 Lifts (NASDAQ: LIFT) stock has been stuck in the mud since the beginning of the year, despite the rideshare company’s relatively positive Q4 earnings report. Is now the time to buy?

Getting Back on the Road after the Pandemic

Shares have come off that nadir since but remain stuck in a range. The stock closed Friday’s session at $ 37.25.

LYFT’s ability to stabilize after late January is in part attributable to its recent earnings release. On Feb. 8, Lyft (LYFT) reported better-than-expected Q4 results and reaffirmed its 2022 guidance. However, the company said that the omicron virus had muted its January performance.

The stock jumped 25% in the session following the report but was unable to sustain its momentum. It resumed its downward trend a few days later.

All told, LYFT has had a rocky ride so far in 2022. Since the beginning of the year, Lyft shares have slid 12%. Still, the stock has held up better than shares of competitor Uber (NYSE: UBER)which have plunged 25%.

Is LYFT a Buy?

Wall Street experts, on average, rate Lift as a Buy. However, the analyst community shows a split, with many signs of skepticism about the company’s near-term ability to push higher in the face of uncertain economic times.

Of the 40 analysts tracked by SA, 17 rated Lyft a Strong Buy and eight a Buy. That said, another 13 give the stock a Hold, one rates it as a Sell and another one grants it a Strong Sell opinion.

SA authors, on average, also rate the stock a Buy.

SA’s Quant Ratings present a cautious picture, with an overall stance of a Hold rating. While Lyft earned a B- for growth and a C for revisions, it also received a D + for momentum, a D- for profitability and an F for valuation.

Looking at specific analyst commentary, Truist Securities gave an upbeat response to the firm’s earnings report, although it lowered its price target, given the recent share decline.

“We remain constructive on LYFT as positive Q4 2021 and Q1 2022 guide show that it continues to deal with an uneven recovering in rideshare, yet manages to deliver on expectations,” wrote Truist Securities analysts following the earnings report.

“Lyft remains positioned to emerge financially learner with richer products and a strong momentum to ride growth in the $ 1T Transportation-as-a-Service total addressable market,” the analysts added. Truist maintained their buy rating on the stock but dropped their price target to $ 58 from $ 80.

Citi Research analysts also rated the stock a Buy, but likewise lowered their price target to $ 78 from $ 95.

“Although we expect 2022 to prove challenging amid the current crisis, we maintain a positive long-term view of fundamentals,” wrote Citi analysts in a note released on Feb. 8.

Meanwhile, analysts at MKM Partners see upside in the stock.

“Tactically, we believe a bounce is likely for LYFT and UBER. LYFT has traded in a downward sloping trend for nearly 12 months, ”wrote the analysts, who have a neutral rating on Lyft, in note dated March 9.“ We believe there is near-term upside to $ 46 which offers + 18% from current levels. ”