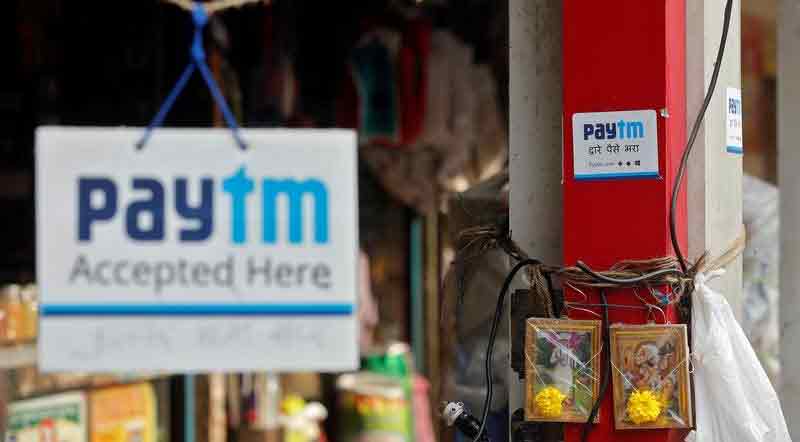 Shares of Paytm fell nearly 15% to a new 52-week low of Rs 672.10 a share on the BSE in Monday’s intraday trade. The correction in digital payments solution provider’s share price comes after Reserve Bank of India had on March 11 barred Paytm Payments Bank (PPBL) from opening new accounts. The bank has been prohibited from opening new accounts for the second time.

Earlier, in June 2018, the RBI had restricted PPBL from onboarding new customers on account of supervisory concerns

The stock of One97 Communications, Paytm’s parent, has corrected more than 20% in the last one month as on March 14, while declined over 50% in the last three months, showed technical data of the stock.

On Monday’s low, this is decline of 65% on the listing price and over 68% on issue price.

Earlier on Saturday, had said it is taking immediate actions to comply with the direction of the RBI.

“We are taking immediate steps to comply with RBI directions. PPBL remains committed to working with the regulator to address their concerns as quickly as possible. We shall notify when we recommence the opening of new accounts after obtaining RBI approval,” PPBL said in a blog.

PPBL in its blog had assured the existing customers that they can continue to operate banking and digital payments services without interruption.

Earlier, brokerages and experts have dubbed it a long-term story.

“Businesses like Paytm are always long-term stories, which focus on market share in initial years of operation rather than on profits. Paytm is expected to have positive cash flow by 2030, which is a real long gestation period. Hence, most of HNI’s & Institutional Investors have given a pass to Paytm IPO “says Amit Jain, Co-Founder and CEO, Ashika Wealth Advisor, had said on earlier ocassion.

(Disclaimer: The views / suggestions / advice expressed here in this article are solely by investment experts. Zee Business suggests its readers to consult with their investment advisers before making any financial decision.)