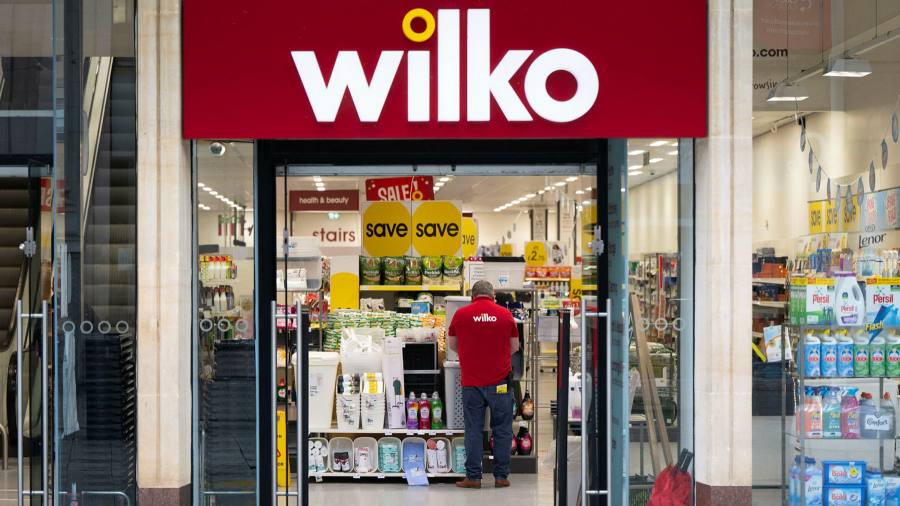 UK homeware retailer Wilko has apologized after issuing guidance to staff in England telling them they should attend work even if they are Covid-positive, as concerns grow over a fresh wave of hospital admissions.

The policy, sent out by management at the start of the month, said: “If you test positive for Covid-19 and feel well you can continue to come to work, if you feel too unwell you can follow the absence policy.” Wilko operates roughly 400 stores and has more than 16,000 employees across the UK, mainly in England.

The relaxed rules, featured in a document seen by the Financial Times, were an early example of a UK employer using the government end to legally enforced self-isolation in England from late February to encourage back into the workplace staff who had tested positive but did not have symptoms.

But, Jerome Saint-Marc, Wilko chief executive, said in a statement late on Monday that the FT report had “highlighted some miscommunication within our Covid-19 policies”, adding: “When we get something wrong, we hold our hands up, admit it, and work to correct the situation. ”

In an apparent U-turn, he said: “Our advice to team members that have Covid symptoms [or] test positive is that while they’re no longer required by law to self-isolate, they should still stay at home and avoid contact with others. This will help reduce the chance of spreading Covid-19. ”

The change to self-isolation rules last month in England was heavily criticized by public health experts who warned it could quicken the spread of the virus and put vulnerable people at risk. Free widescale testing is also set to end from April 1 as part of the government’s Living with Covid plan.

Since the rule change, Covid infections and hospital admissions have begun to rise again across the UK. There were 444,201 new Covid-19 cases detected across the UK in the seven days to March 14, a rise of 48 per cent compared with the week before. In England, 9,642 Covid-related hospital admissions were recorded in the week to March 12, up 25 per cent on a week earlier.

Earlier on Monday, a Wilko spokesperson had stressed their guidance was “in line with government guidelines”. But Saint-Marc clarified: “As throughout our 92 years on the high street, the safety and wellbeing of our shoppers and teams is at the heart of our business and we’re truly sorry for any understandable concerns our communications may have raised.” He said enhanced company sick pay was available to people with Covid. 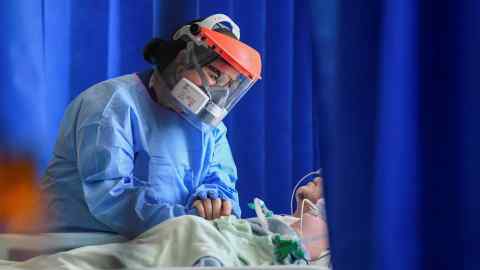 In other parts of the UK, self-isolation rules remain in force and Wilko employees in Scotland and Wales had been told to continue self-isolating for at least five days after developing Covid symptoms and until they receive two negative lateral flow test results.

Dan Shears, national health, safety and environment director at GMB, the union representing Wilko staff, called the original version of the guidance “reckless”, adding that it could set a precedent for other companies seeking to take advantage of the government relaxed self- isolation rules. “It’s a gap between the letter and spirit of the law. The fact it’s legal to come into work does not mean it’s a sensible thing to do, ”he added.

Earlier on Monday, Frances O’Grady, TUC general secretary, wrote to Kwasi Kwarteng, the business secretary, warning that “ministers are sowing dangerous confusion on Covid safety at work”. She criticized measures due to come into force on April 1 that will no longer require employers to consider Covid-19 explicitly in workplace risk assessments.

Dr Simon Clarke, associate professor of cellular microbiology at the University of Reading, said “some colleagues and customers” would have been “vulnerable” to “serious illness and potential hospitalization” because of the original Wilko guidance. He added that the guidance “called into question the wisdom of the government abandoning legally mandated self-isolation”. The government declined to comment.