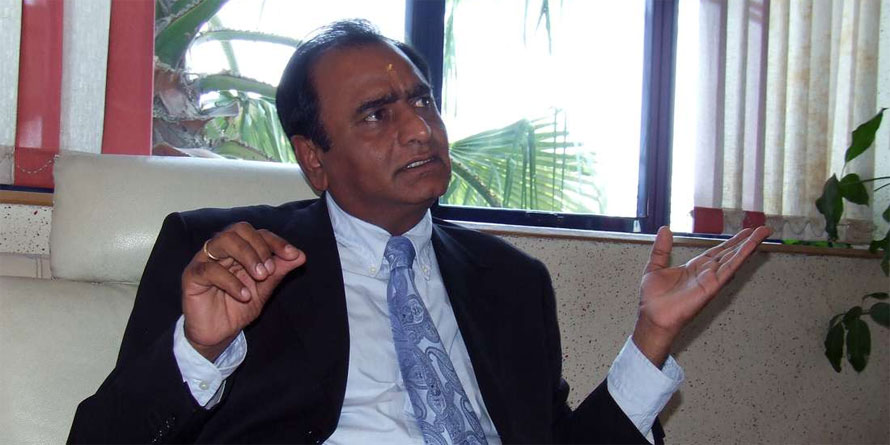 Baringo Senator Gideon Moi has bought back a majority in a company that won a lucrative deal to build a 35-megawatt geothermal power plant in Menengai, Nakuru County from steel and cement tycoon Narendra Raval.

Mr Raval, the billionaire owner of Devki Group, has relinquished his stake in Sosian Menengai Geothermal Power, one of the three firms that State-owned Geothermal Development Company (GDC) awarded exclusive rights to set up a steam plant under a build-own- operate model.

He bought the majority stake in the geothermal venture through an entity called Sosian Energy in 2017 but recently sold back the firm to Mr Moi for an undisclosed sum.

Sources familiar with the deal reckon that Mr Raval, popular by his nickname Guru, sold back the firm to Mr Moi after incessant delays in building the power plants, which are yet to be completed nearly eight years after they won the contract.

“I sold back my stake in Sosian at a lower price than I had bought it. Gideon is the majority owner, ”Mr Raval told the Business Daily in a phone interview, without giving further details.

The deal returns the geothermal firm under the control of the Moi family, which has in recent months closed a number of deals involving assets in which it has interests.

The family of the late President Daniel Moi was to receive Sh1.7 billion for selling a majority stake in logistics firm Siginon Aviation to a Kuwait-based company.

Access Bank is owned by business mogul Herbert Wigwe. The Moi family is reported to have had a significant direct stake in Transnational.

The family is arguably one of the richest in Kenya, with a net worth estimated at tens of billions.

This is wealth accumulated before, during and after the former President’s 24-year rule (1978- 2002), with his children expanding the family business empire further.

Kenya’s second President remained powerful years after he left State House, with his businesses playing a major role in the economy.

The geothermal power firm is closely associated with Senator Moi, with his son Kigen Moi and Anastacia Kioko Mululu listed as directors.

Ms Mululu is a former partner at Mutula Kilonzo and Co Advocates, which provided legal services to former President Moi for many years.

Kenya is banking on clean and cheaper sources such as geothermal and wind to lower the cost of electricity from the current average of Sh20 per unit for domestic households.

Kenya offers investors a choice of either local- or foreign currency-denominated feed-in-tariffs, with the latter being favored by international financiers.

To date, construction of the plant is behind schedule and it is unknown when it will inject electricity to the grid.

Sources familiar with the Moi deal say delays prompted Mr Raval, whose first business was a hardware shop he started in 1990 in Nairobi’s Gikomba market, to exit Sosian.

New York Stock Exchange-listed Ormat Technologies and Quantum Power East Africa are the two other firms selected to build a 35MW steam power plant each on a public-private partnership basis.

The three firms were picked in mid-2014, but substantial works on the power plants are yet to kick off.

The independent power producers (IPPs) at the Menengai Geothermal Project disclosed they were yet to secure financing for the ventures.

“The three independent power producers to construct 105 megawatt (MW) power plants are yet to attain financial closure with their lenders,” the Treasury told Parliament in earlier disclosures.

The three firms had been selected in 2013 through competitive bidding to build, operate and own the first three power plants in Menengai, each generating 35MW.

GDC has already constructed the steam gathering system while the Kenya Electricity Transmission Company (Ketraco) set up a 132 kilovolt (kV) substation that will transmit electricity from the three power plants.

Under the arrangement – christened Menengai Model – GDC was to take care of upfront risks and then invite private sector players to construct, own and operate the plants for 25 years.

Mr Raval, who has interests in steel making, cement manufacturing, roofing materials and aviation, was betting on Sosian to enter Kenya’s power sector.

The group has been on a multi-billion shilling expansion over the past four years, including construction of a Sh11.9 billion new roofing sheet manufacturing plant in Lukenya, outside Nairobi.

In 2018, his National Cement with its Simba Cement brand launched a Sh30.3 billion cement clinker plant in Merrueshi / Mbirikani in Kajiado County.

The investments are the product of Devki’s internal resources and bank loans.

In 1992, he took out a loan and started a roofing and fencing materials business while developing a small steel rolling mill near Athi River on the outskirts of Nairobi. That business morphed into the behemoth that is Devki Group.