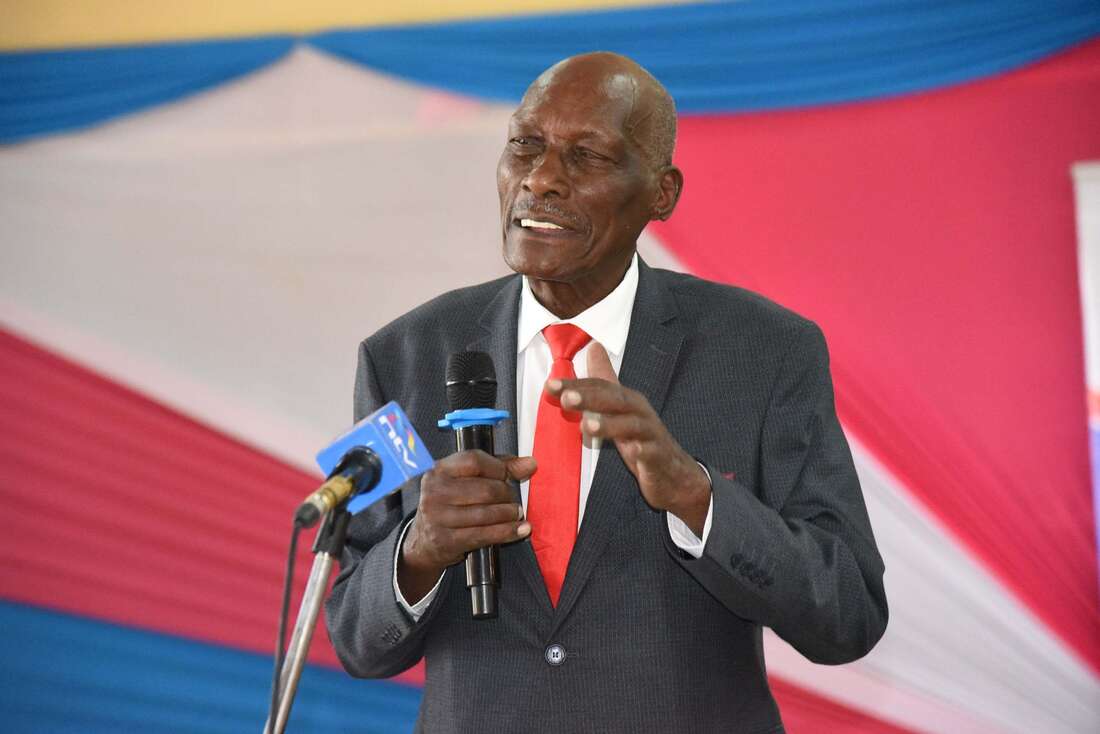 Mzee Jackson Kibor, a prominent businessman-cum-politician in Uasin Gishu County, died at the age of 88. He passed away on Wednesday at an Eldoret hospital where he had been receiving treatment.

According to his family, the popular Eldoret tycoon had earlier this month been diagnosed with kidney failure and was undergoing dialysis until his demise.

Confirming the news, Mzee Kibor’s family said he passed away at St Luke Orthopedic Hospital where he was receiving treatment over a prolonged Covid-19 complication. He had contracted coronavirus in late 2020 and had been using medical oxygen since.

The family said he had been admitted to the hospital for almost a week.

“His health worsened early this month when he was diagnosed with a kidney failure. He was undergoing dialysis,” Loice Kibor, his daughter, told the Nation.

“It simply came to our notice then. We shall issue a comprehensive statement later, “Ms Kibor added.

Mzee Kibor was famed as a man with many wives, hitting headlines occasionally over controversial divorce cases.

In 2017, he made headlines after an Eldoret court allowed him to divorce his third wife, only months after divorcing his second wife with whom they had been married for over 50 years. He married a fourth wife soon after. His first wife died in the 90s.

Mzee Kibor is survived by 26 children from his four marriages.