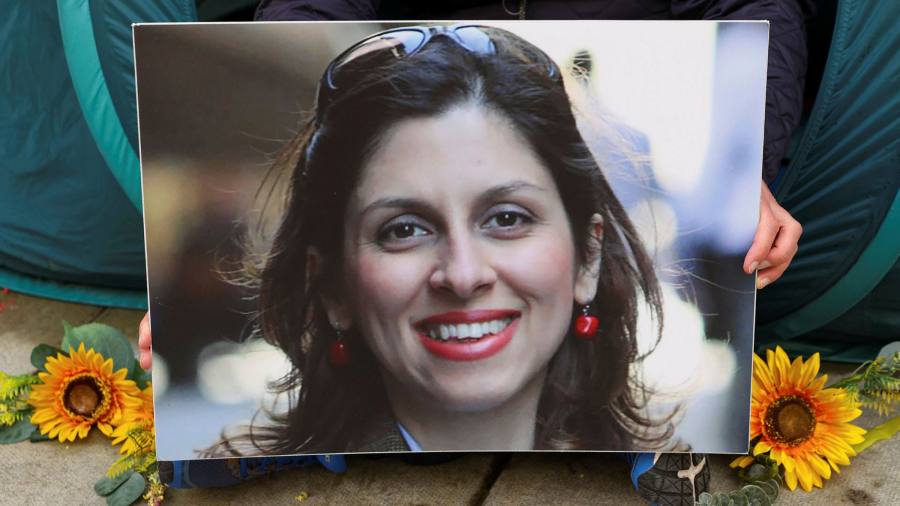 UK-Iranian dual national Nazanin Zaghari-Ratcliffe has arrived back in Britain after being detained by Tehran nearly six years ago, in a move that could boost western diplomatic efforts to revive the 2015 nuclear agreement.

Morad Tahbaz, a businessman and environmental activist, was also released, on furlough.

Speaking to journalists on Wednesday, Richard Ratcliffe said Zaghari-Ratcliffe’s return would mark “the beginning of a new life, a normal life” for the couple and their daughter Gabriella.

He said he hoped his family would have a “couple of days’ peace and quiet”, adding: “The first thing she always wanted to do was for me to make her a cup of tea.”

Speaking in the House of Commons on Wednesday, the couple’s MP, Tulip Siddiq, said: “Can I say to Nazanin, welcome home, after six long years. And can I say to Gabriella, this time mummy really is coming home. ”

Liz Truss, foreign secretary, expressed her “admiration for the incredible resolve and determination shown by Nazanin, Anoosheh, Morad and their families”.

She also said the role played by Oman, which mediated between Iran and the UK, was “incredibly helpful”.

“Their suffering has moved us all, and so does the prospect of them being reunited with their loved ones once again after this long and cruel separation,” she said. The “agonies” they endured “must never happen again”, she added, stressing: “We will continue to work to secure Morad’s departure from Iran.”

Britain had also settled $ 530mn of debt owed to the republic for the purchase of Chieftain tanks that Tehran ordered before the 1979 Islamic revolution.

Truss said the debt had been settled “in full compliance with UK and international sanctions and all legal obligations”. She added that the “funds will be ringfenced solely for the purchase of humanitarian goods”.

Zaghari-Ratcliffe, a media trainer with the Thomson Reuters Foundation, was arrested at Tehran airport while preparing to fly home from a family holiday with Gabriella, then aged two.

Ratcliffe had long believed that his wife’s continued detention was linked to a number of issues, including the outstanding debt related to the tanks that were not delivered after the last shah was ousted in the revolution.

He added that he had been “kept out of” discussions about the repayment of the debt. “I do not know what happened, I’ve seen briefings and so on. I’m relieved the problem has been solved. “

The UK government had always insisted that the two issues were not linked.

Ashoori, 67, was arrested in 2017 and sentenced to 12 years in jail on espionage charges that included “co-operating with a hostile state against the Islamic republic” and “obtaining illicit funds” amounting to € 33,000.

Tahbaz, 66, holds Iranian, American and British nationalities. He was arrested in 2018 along with eight other environmental activists. A co-founder of the Persian Wildlife Heritage Foundation, Tahbaz was sentenced to 10 years in prison for collaborating with a hostile government, the US.

Badr Albusaidi, Oman’s foreign minister, said he hoped the releases would help “turn a new page in terms of the relationship between the two countries”.

The releases come as western powers are hoping to secure a deal with Iran to revive the 2015 nuclear accord Tehran signed with world powers.

Zaghari-Ratcliffe’s release would remove a longstanding point of contention between the UK and the Islamic republic.

Negotiators at nuclear talks in Vienna have for weeks been saying they were closing in on a deal that would lead to the US rejoining the agreement abandoned by former US President Donald Trump four years ago. The Biden administration would then provide sanctions relief to Iran, in return for it reversing its nuclear activity to agreed limits.

The UK is a signatory to the 2015 agreement, alongside France, Germany, Russia and China, and heavily involved in EU-brokered talks in Vienna to save the agreement.

US officials have previously said that the release of US-Iranians held in the republic would also be key to any deal to revive the 2015 nuclear agreement.

The Vienna talks stalled last week after Moscow demanded it would need guarantees from the US that sanctions imposed on Russia after President Vladimir Putin invaded Ukraine would not impede its trade with Iran.

The move forced EU mediators to pause the indirect talks between the US and Iran in Vienna just as negotiators hoped to push them over the finish line. But on Tuesday, Moscow suggested it would not scupper the process, saying Washington had provided the assurances it was seeking and that the final details of an agreement to revive the deal were being “polished”.

After Iran signed the agreement in 2015, it transferred enriched uranium to Russia to reduce its stockpile and it would have to take similar action if an agreement was reached with the Biden administration.