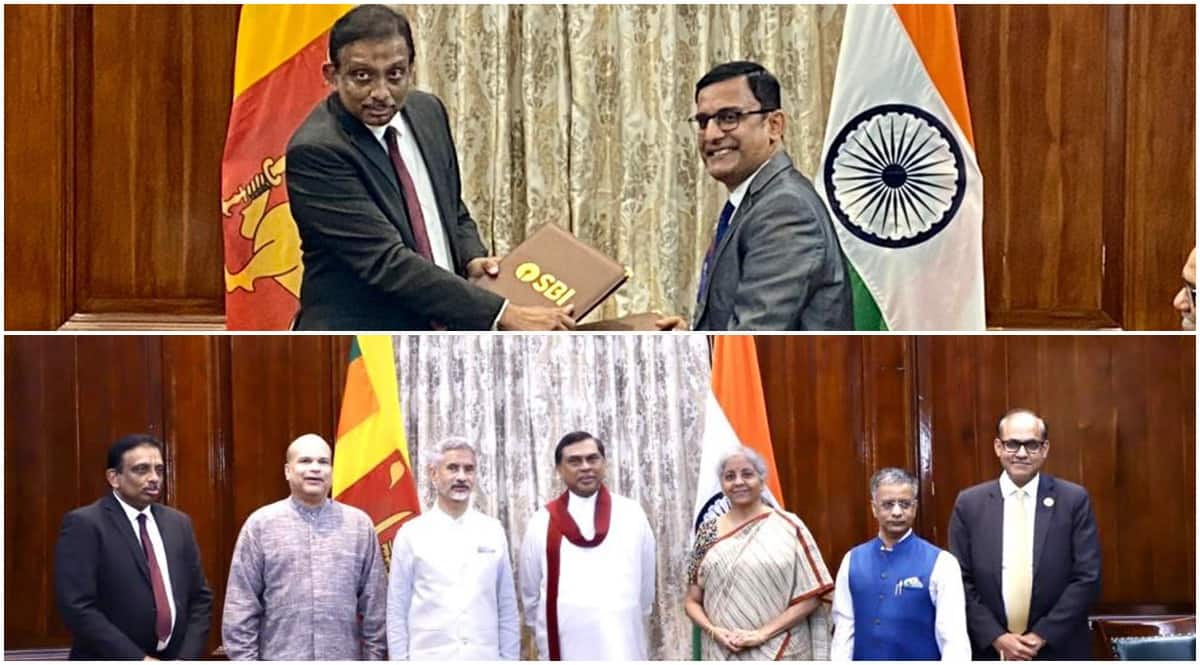 The two countries are also looking at restarting ferry service between Thalaimannar in north-western Sri Lanka and Rameswaram in Tamil Nadu.

Amidst financial problems being faced by island nation Sri Lanka, on Thursday India and Sri Lanka the two countries have signed USD I billion Line of Credit. The LOC is signed in New Delhi for the supply of food and essential commodities and this is one of the key elements of the package of support extended by India to that country.

After Rajapaksa’s last visit in December 2020, so far India has extended USD 1.4 bn to Colombo since January – this includes a USD 500 mn line of credit, USD 400 mn currency swap and USD 500 mn for loan deferment with Asian Clearing Union.

Focus of the minister’s visit

During his meetings with the top leaders in India, the focus was on pushing Colombo for the finalization of the joint development of Palaly airport and Kankesanthurai harbor. These two projects which have been in the pipeline are located in the Jaffna peninsula close to the Tamil Nadu coast.

Once these projects are completed, it will help give a boost to the tourism industry of that country which suffered majorly after the Easter bombings in 2019 and then following the global pandemic of COVID-19.

The two countries are also looking at restarting ferry service between Thalaimannar in north-western Sri Lanka and Rameswaram in Tamil Nadu.

According to the Ministry of External Affairs, the visiting minister also met with Prime Minister Nrarendra Modi and briefed him on the initiatives being taken by the two countries to increase bilateral economic cooperation.

The visiting minister had also conveyed thanks for support extended by India for the Sri Lankan economy.

Noting the potential for increasing bilateral tourist flows, including through joint promotion of Buddhist and Ramayan circuits, PM Modi said Sri Lanka had a central role in India’s Neighborhood First policy and maritime SAGAR (Security and Growth for All in the Region) doctrine.

In recent weeks, several Indian projects have been given a green signal and Colombo has already started the process for an IMF bailout based on New Delhi’s advice. According to reports, during the talks India has asked Sri Lanka to implement in letter and spirit the 13th amendment to its Constitution on political devolution to the Tamil-dominated north and east.

India has played a big role in the lengthening of the runway at Palay before it was reopened to civilian flights from Chennai in October 2019. Sri Lanka has expressed interest in further development of this airport.

In 2018 both countries signed a MoU on developing this harbor with Exim bank providing funds to carry out feasibility studies and to prepare a detailed project report. The understanding was to also conduct geo-spatial surveys and remove wreckage. However, so far there has been no progress.

As has been reported earlier, this month Indian companies concluded two other major agreements for projects in the region. These were between National Thermal Power Corporation and Ceylon Electricity Board and are for setting up a solar power plant at Sampur in Trincomalee.