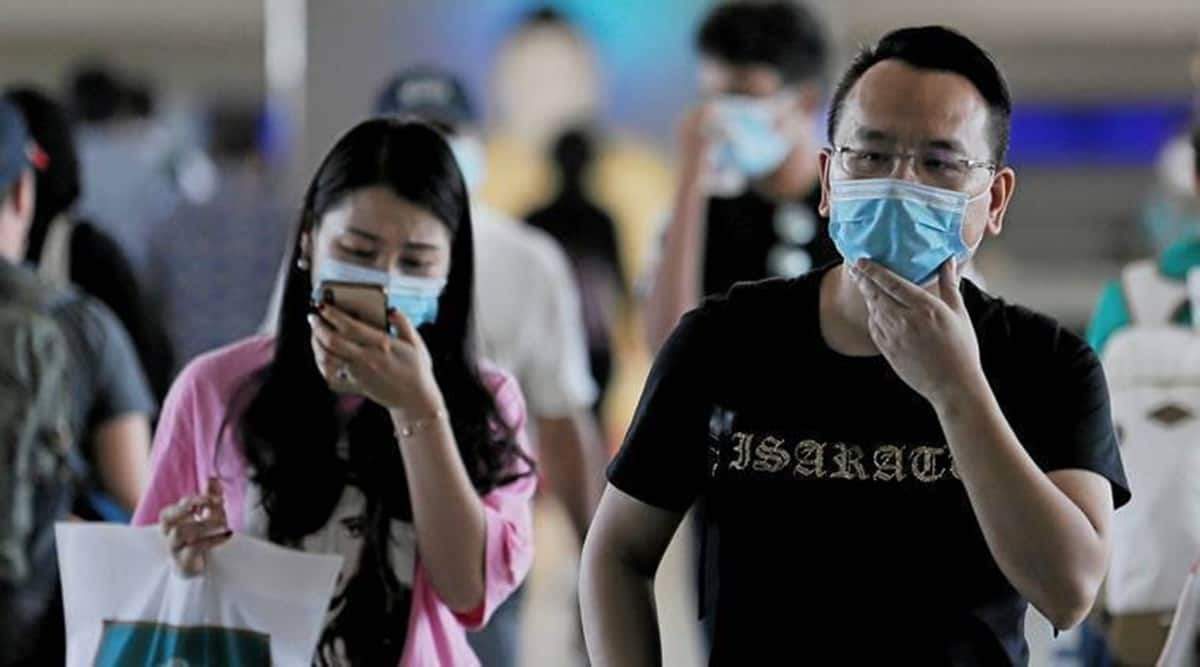 Even as authorities lock down cities in China’s worst outbreak in two years, they are looking for an exit from what has been a successful but onerous COVID-19 prevention strategy.

A study, interviews with Chinese public health staff and recent public messaging by government-affiliated experts indicate that China is exploring ways of slowly easing its zero-tolerance approach – with the emphasis on slowly.

The latest sign came Monday in an essay published by Zhang Wenhong, an infectious disease specialist who is part of Shanghai’s COVID-19 response team and known as China’s “Dr. Fauci ”- after US government expert Anthony Fauci – for his public health messaging during the pandemic.

Zhang wrote in the Chinese business news outlet Caixin that the public needs to know the virus is becoming less deadly if people are vaccinated and their health is not already compromised. “Dispelling the terror toward it is a step we must take,” the essay said.

“We should carve a very clear path and not spend all our time debating whether we should continue zero COVID or coexist (with the virus),” Zhang wrote.
Change does not appear imminent, with more than 15,000 new cases this month in multiple outbreaks across the country, as well as an even larger one that has shaken Hong Kong. For now, the government is sticking with the tried-and-true policy of lockdowns, repeated mass testing of millions of people and a two-week or more quarantine for overseas arrivals.

When it does come, any change will all but certainly be gradual and cautious. Opening up carries risks, because the country’s success in protecting people from COVID-19 means many do not have antibodies to fight the virus from previous infection. Moreover, China is using only domestically developed vaccines that are less effective than Pfizer’s and other widely used ones.

“Given the still relatively low infection rate, the lack of natural immunity and also the ineffectiveness of the vaccines in preventing infections,… this is guaranteed to invite another wave of attack,” said Yanzhong Huang, a public health expert at the Council on Foreign Relations in the US
Chinese officials are paying close attention, though, as other countries relax mask mandates and other restrictions, and investigating just when and how to make the tricky transition.

A first step could be allowing more international flights – which have been sharply curbed since the pandemic – and reducing the quarantine for arriving passengers to one week from as many as 21 days in cities such as Beijing.

A weekly bulletin of news and research from China’s Center for Disease Control published a paper last week outlining potential ways to ease the zero-COVID policy.

The paper suggests reducing the mandatory quarantine for incoming travelers to seven days, saying it would still screen out most cases as the virus can be detected more quickly now, and that China’s health system is robust enough to handle any that slip through the cracks.

The authors make clear that eliminating all measures such as quarantines for all arrivals is not on the table. Their models show that a total easing of restrictions could lead to over 10 million cases in southeastern Guangdong province alone, though that’s based on the delta variant, and not the more transmissible omicron that has become predominant.

A government researcher, who spoke on condition of anonymity because they were not authorized to speak publicly, said that the evidence points to a “suppression strategy” as the next transition point. That means a seven-day quarantine, for example, rather than an unrestricted opening up.

Public health experts caution that the discussion of easing “zero COVID” has been sporadic and preliminary, and that no timeline has been set.

“It’s a concept paper, not really a detailed plan,” said Ben Cowling, an epidemiologist at the University of Hong Kong. He added he had yet to hear of any coordinated government movement toward easing restrictions, “just single experts from time to time raising the idea.” Huang at the Council on Foreign Relations said he had heard of discussions about “pivoting away” from zero COVID several months ago, but that the recent wave in Hong Kong has led policymakers to wait until “the dust settles.” More than 5,000 people have died in Hong Kong this year in an outbreak that has overflowed hospitals and morgues and shuttered many stores and restaurants.

In mainland China, authorities have shut down travel out of and within the hardest-hit province, Jilin in the northeast. More than 1,800 cases were reported in Jilin on Friday, out of 2,388 nationwide. Restrictions were partially eased, however, in Shenzhen, a major tech and finance hub bordering Hong Kong that had been locked down since Sunday.

Many Chinese express support for zero COVID and pride that the government has managed to control a virus that has killed millions elsewhere, particularly in the West. China’s official death toll stands at 4,636, the vast majority during the initial outbreak in early 2020.

But after two years of sporadic lockdowns, there are signs that some are tiring of the disruptions they bring.
“It affected me,” said Li Jing, a tea seller in Beijing. “If I work from home, I will not make as much money as if I go to my workplace.” Chinese officials worry about relatively low vaccination rates among the elderly, though they have not released recent figures. The elderly have accounted for the vast majority of the deaths in Hong Kong, and many of them were not fully vaccinated.

Studies of Chinese vaccines suggest they offer significantly less protection against infection from omicron, even after three doses, than a booster shot from a Western vaccine using mRNA technology. A Chinese mRNA vaccine is still in trials.

One major reason China is “not confident” enough to lift zero COVID is because of the lower efficacy of its vaccines, a Chinese public health official said, declining to be named to speak candidly on a sensitive topic. The official added that authorities are monitoring what is happening in Hong Kong for any lessons for the mainland.

Public health experts say nations can live with the virus, as long as the elderly and those with pre-existing conditions are protected.
“It’s not the same virus as two years ago in Wuhan and elsewhere,” said Jin Dong-yan, a virologist at the University of Hong Kong. “That’s the main message that we need to pass on.”