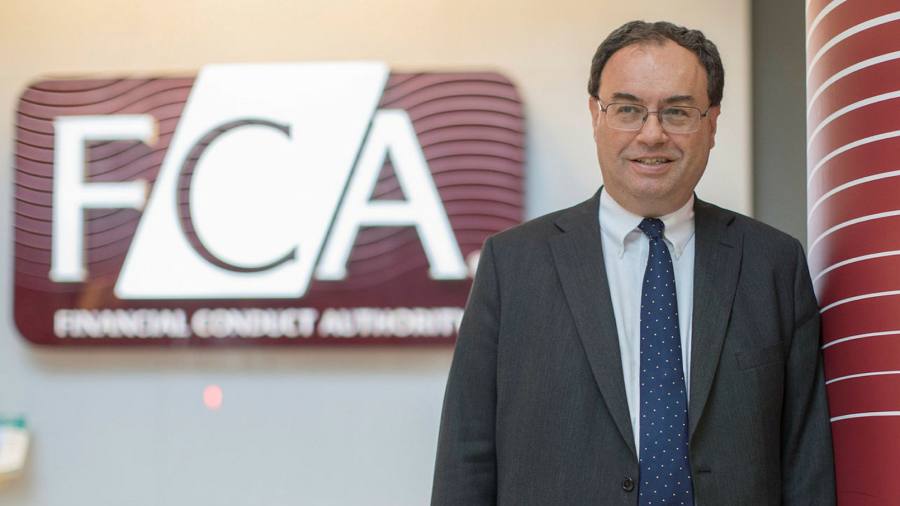 Andrew Bailey, when head of the Financial Conduct Authority, fell asleep during a meeting about what would become one of the UK’s biggest pension mis-selling scandals, according to people in attendance who were pressing the regulator to take faster action to protect those affected.

Bailey, now governor of the Bank of England but FCA chief executive from 2016-2020, is said to have dozed off “numerous times” during the September 2019 meeting with advocates for thousands of members of the former British Steel Pension Scheme.

The campaigners were urging the regulator to improve the compensation arrangements for the BSPS members, whom they claim could be eligible for hundreds of millions of pounds as victims of mis-selling.

The allegations against Bailey came as a prominent MP accused the FCA, which has faced criticism over several other cases in recent years, of falling “asleep at the wheel” over its handling of the scandal.

Al Rush, a financial adviser who represents BSPS members and attended the meeting, said: “Bailey just kept falling asleep. We were trying to put across a serious point. ”

Philippa Hann, a solicitor with law firm Clarke Willmott who also attended the meeting, said: “We felt very strongly that the FCA was not doing enough for the steelworkers. We were pleased to be speaking to Bailey but there were a number of times when his head dropped and he had his eyes closed and he appeared to be sleeping. It was very strange. ”

A spokesperson for Bailey, who became BoE governor in 2020, declined to comment on the allegations, but added: “He wholly and categorically rejects any suggestion that he did not take seriously the issues raised by those affected.”

“Andrew devoted a huge amount of time to BSPS, ordering a major investigation into the matter by the FCA.”

The BSPS members were due defined benefit pensions, which provide a guaranteed level of income in retirement. FCA guidance states that an adviser should assume that accepting a cash lump sum for the future pension benefit will not be suitable for most.

But from 2017-2018, some 8,000 BSPS members transferred their pensions, with a total value of £ 2.8bn, to riskier defined contribution arrangements, after obtaining advice from independent financial advisers.

The FCA found this advice was unsuitable in 47 per cent of the cases and unclear in a further 32 per cent.

The parliamentary spending watchdog found 263 pension scheme members had been undercompensated by around £ 18mn to date because financial advisers had gone into liquidation and there were limits to the amount that could be provided subsequently.

The average loss for BSPS claims resolved so far by the Financial Services Compensation Scheme, the lifeboat fund for customers of failed firms, was £ 82,600, with individual losses ranging from £ 0 to £ 489,000 the NAO said.

“The handling of the BSPS case was a failure from top to bottom,” said Meg Hillier, a Labor MP and chair of the House of Commons public accounts committee. “Many of the pension advisory firms gave bad advice to customers and the FCA, whose job it is to regulate these firms, was asleep at the wheel.”

The FCA said it welcomed the NAO report for highlighting “the complex issues for government and regulators” which arose from the exceptional circumstances around a company-initiated restructure of the BSPS in 2017 and the framework for a loosening of pension tax rules in 2015.

“We recognize the harm these circumstances caused to steelworkers and communities, and that’s why we continue to work to ensure that former British Steel Pension Scheme members who lost out financially due to poor advice receive compensation,” the regulator said.

“We’ve taken significant action. . . to support them already and are preparing to consult on a consumer redress scheme for BSPS members by the end of March. ”

The FCA added that it had already acted to raise the standard of pension transfer advice more generally and had issued £ 1.3mn of fines related to poor defined benefit transfer advice with 30 more enforcement investigations continuing.