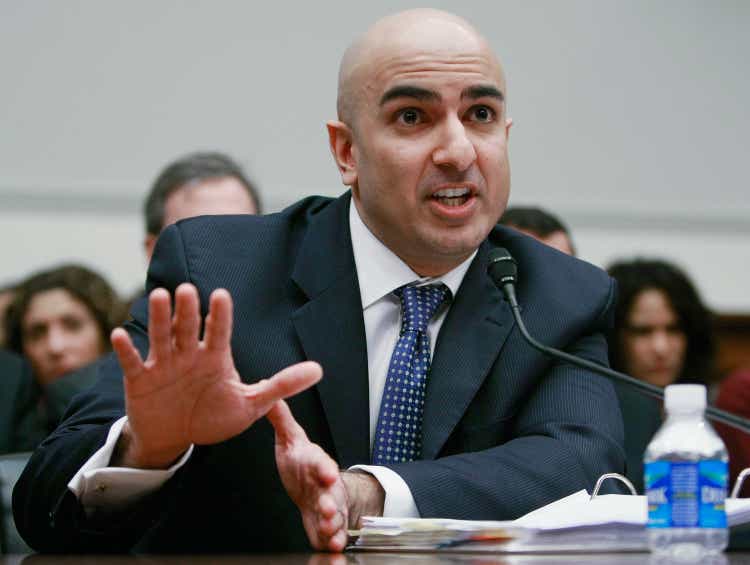 In the wake of ongoing demand / supply imbalances and 40-year high consumer price inflation, Minneapolis Fed President Neel Kashkari believes the central bank’s Federal Open Market Committee “must act to bring the US economy back into balance,” according to his essay Friday.

While headline inflation has surged since the deflationary shock at the onset of the COVID-19 pandemic, Kashkari thinks it will still “prove transitory but take longer than expected.” To tame surging CPI, the FOMC this week commenced a fresh tightening cycle after it hiked the policy rate by 25 basis points as expected. Most Fed officials are predicting at least seven rate hikes this year.

If inflation does prove to be transitory, “the FOMC will need to remove accommodation and get modestly above neutral while the inflationary dynamics unwind,” Kashkari explained. “However, if my second explanation noted above is right (that the economy is in a high-pressure, high-inflation equilibrium), then the FOMC will need to act more aggressively and bring policy to a contractionary stance in order to move the economy back to an equilibrium consistent with our 2 percent inflation target. “

Regarding the Fed’s Summary of Economic Projections, Kashkari increased his forecast on the Fed funds rate to 1.75% -2.00% for year-end 2022, now standing at just 50 bps. Earlier, St Louis Fed’s James Bullard, who is in favor of a 50 basis point rate hike, said he wanted the Fed’s policy rate over 3% by year-end. And Richmond Fed President Tom Barkin said the central bank’s benchmark rate is at least nine 25-basis-point hikes away from neutral.