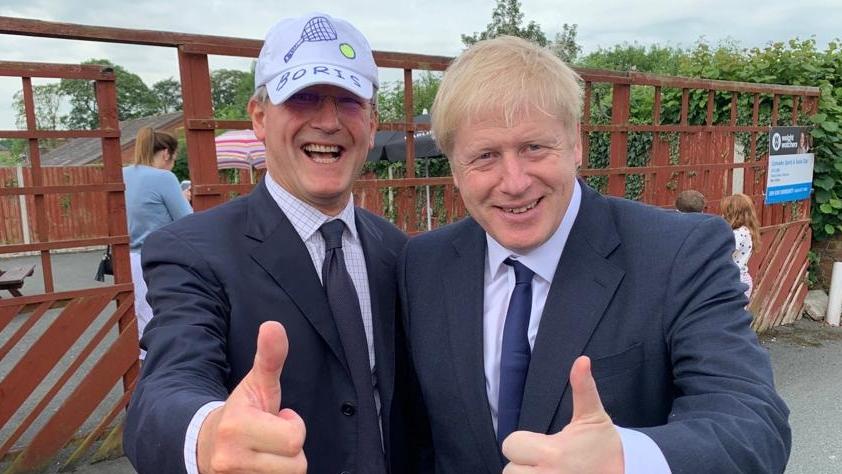 The government is opposing plans to limit MPs’ earnings from second jobs months after Boris Johnson vowed to crack down on politicians who are “neglecting their duties to their constituents”.

Ministers told the Commons standards committee that limit on either the amount of time MPs can spend on outside work or the amount they can earn from other jobs would be “impractical”. The committee is consulting on tougher rules after a bitter row last year in which Owen Paterson quit the Commons amid a lobbying scandal.

Downing Street’s attempt to overhaul the standards rules to help Paterson resulted in closer scrutiny of the conduct of his colleagues, including Sir Geoffrey Cox, who has been paid nearly £ 6 million for legal work since becoming an MP.

The government said that “fixed constraints” on time or earnings “would not necessarily serve to address recent concerns over paid advocacy and the primary duty of MPs to serve their constituents. It could be possible, for example, for a member to conduct work within the accepted time limits but that does not necessarily mean such work is ‘appropriate’ even if it did not constitute ‘paid advocacy’. ”

In a joint submission to the committee Steve Barclay, the prime minister’s chief of staff, and Mark Spencer, leader of the House of Commons, wrote: “In respect of a cap on earnings from outside work, to impose such a limit could serve to prohibit activities which do not bring undue influence to bear on the political system. Earnings from activities such as writing books, for example, would not preclude members from meeting their principal duty to their constituents. ”

As the row on outside earnings overwhelmed the government in November, Boris Johnson called for rules to “ensure that MPs who are neglecting their duties to their constituents and prioritizing outside interests” were “appropriately punished”. Dominic Raab, the deputy prime minister, suggested that the government would back a time limit or an earnings cap, saying: “You could do it in one of two ways, you could do it by the amount or you could do it by the number of hours. ”

Anne-Marie Trevelyan, the international trade secretary, called for a cap of 10 to 15 hours a week on outside work.

Lord Evans of Weardale, chairman of the committee on standards in public life, had urged MPs to “set an indicative limit of hours and remuneration, with a rebuttable presumption that paid outside employment exceeding those limits would be considered unreasonable”.

But the government’s submission to the standards committee, first reported by The Guardian, dismisses the idea, which the committee had said could only be introduced if it had “broad cross-party support”.

Barclay and Spencer said they still supported reforms to “restrict the type of outside work which MPs are able to undertake”. They opposed the committee’s suggestion that MPs could be referred to the parliamentary commissioner for standards over their behavior in the House of Commons, and also questioned the idea of ​​blocking MPs from “subjecting anyone to unreasonable and excessive personal attack in any medium”.

Such a provision, the government said, “would serve inadvertently to have a chilling effect on debate outside of parliament, be it in person or online”.

Dozens of MPs, mostly Conservatives, responded to the committee’s consultation with criticisms of proposed rule changes, especially the proposal to ban “unreasonable and excessive personal attack”.

Aaron Bell, a Conservative MP, said that this suggestion amounted to “a land grab by the parliamentary commissioner for standards, who seems to imagine for the role a jurisdiction as judge over all aspects of parliamentarians’ public lives”.

Alex Burghart, another Conservative MP, said the proposal would result in a “genuine danger that members will refrain from making statements about other people for fear that the adjudicator will think they have been ‘unreasonable’ or ‘excessive’.”