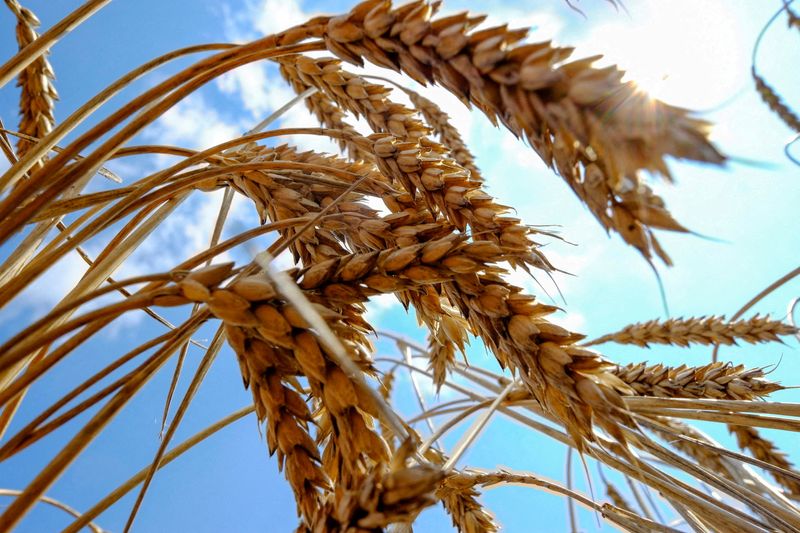 GENEVA (Reuters) -A World Food Program (WFP) official said on Friday that food supply chains in Ukraine were collapsing, with key infrastructure such as bridges and trains destroyed by bombs and many grocery stores and warehouses empty.

Jakob Kern, WFP Emergency Coordinator for the Ukraine crisis, expressed concern about the situation in “encircled cities” such as Mariupol, saying that food and water supplies were running out and that its convoys had been unable to enter.

“The country’s food supply chain is falling apart. Movements of goods have slowed down due to insecurity and the reluctance of drivers,” Kern told a Geneva media briefing by videolink from Krakow, Poland.

“Inside Ukraine our job is in effect, to replace the broken commercial food supply chains,” he added, describing this as a “mammoth task”.

The UN agency has pre-positioned bulk food, wheat flour and food rations outside cities under fire. It has so far delivered 12,000 tonnes of food within the country, all sourced from within Ukraine.

While Ukraine is a major producer of wheat and corn, WFP will be importing food there as part of an expanding emergency operation that aims to assist more than 3 million people.

Currently, it is readying 8,000 tonnes of food to enter from neighboring countries, Kern said.

WFP buys nearly half of its global wheat supplies from Ukraine and Kern said that the crisis there since the Russian invasion on Feb. 24 had pushed up world food prices sharply.

“With global food prices at an all-time high, WFP is also concerned about the impact of the Ukraine crisis on food security globally, especially hunger hot spots,” he said, warning of “collateral hunger” in other places like Yemen and Lebanon that rely heavily on Ukraine imports.

The agency is paying $ 71 million a month extra for food this year due to both inflation and the Ukraine crisis, he said, adding that such an amount would cover the food supplies for 4 million people.

“We are changing suppliers now but that has an impact on prices,” he said. “The further away you buy it, the more expensive it gets.”