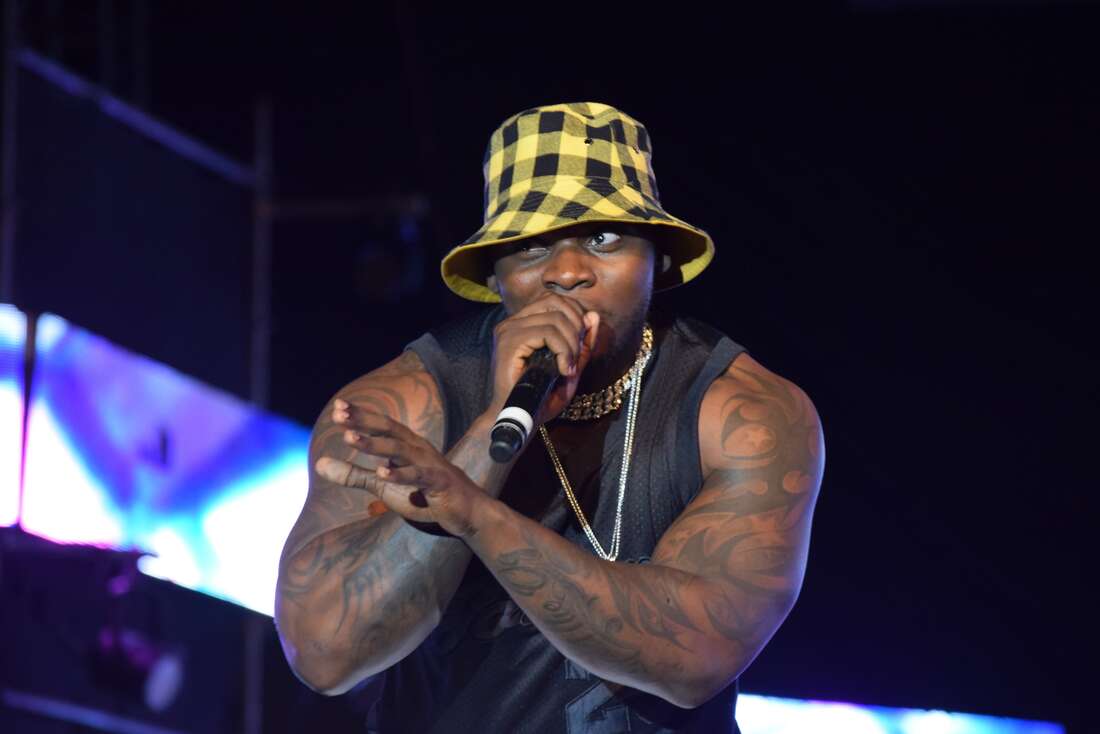 Hip hop has achieved acceptability as a global brand of expression with generations of artists claiming ownership of the genre as a platform to express their emotions, experiences, and aspirations.

Here in Kenya, few rappers have attained the status of Khaligraph Jones (Brian Ouko Robert) who in a little over a decade has astutely matched his lyrical prowess with a personality brand that is confident, outspoken, even controversial.

He says, the arrival of his second album “Invisible Currency“Officially released last week is a” game-changer “for his career and the music business in Kenya.

“The way people viewed me before the album will be different from how they will view me after they fully consume this album because this is Khaligraph Jones 2.0,” says the rapper is turning 32.

The 17-track album showcases Khaligraph in fine lyrical form but also transcends hip hop into collaborations with Afropop stars like Rudeboy of Nigeria and Alikiba of Tanzania and Kenyan rhumba sensation Prince Indah.

Within just the first six days of release, the album had already hit one million streams on the Boomplay platform on which it is exclusively available.

The rapper says the album is a reflection of his growth in every aspect of life and his craft since his first album “Testimony 1990”In 2018.

“I have grown in every way you could ever think of: physically, financially, my reasoning capacity is different from what it was four years ago when I was putting out my first album. My life experiences have also been very different. ”

He has created an album, that in his view, should make music fans embrace content as an entire body of work rather than just the sum of different parts.

“It’s not every day when you hear people say ‘I have listened to the whole album’ but with ‘Invisible Currency‘, we are seeing that happen, ”he says.

“I took my time to make this album because I knew that the moment I dropped it, it would have a major impact.”

The most satisfying aspect of the process was that the production was executed according to plan, but on the other hand, there was a hard choice of selecting just 17 songs for the final cut out of more than 160 songs recorded for the project.

The album starts with a spiritual vibe on “All I Need“Which is a trend that Khaligraph has established since his debut album which opened with the similarly uplifting”Blessings“” I was in a grateful state of mind and when you introduce an album then you need such a song to mentally prepare people for what they are about to experience. “

He connected with the US rapper DAX for the first single from the album “Hiroshima”To set an example that when you put your mind to something then you can achieve it.

“When I said I was working with DAX many people disputed until they saw the video and then they realized that it was not a bluff,” he says.

The connection with Rudeboy (formerly of P Square) developed after the two artists first worked together on the 2018 edition of the TV show Coke Studio continues on a new collaboration ‘Ride with You‘.

“It’s great when you get to a point in your career when someone of that stature picks your calls and he goes to the studio and gives you a verse on a song for your album,” says Khaligraph.

How does he retain the hip-hop identity even while collaborating with artists across other genres, from Bongo to rumba?

“People know what I stand for so you put me on any genre of music, even amapiano, I am still going to bring the hip hop vibes,” he states.

“When you say you are doing a song with Prince Inda then people have different expectations, but for you to be able to execute and people feel like these guys did come together on this song then that gives you happiness and satisfaction.”

His favorite song on the album is the last track “Khali Chronicles”Which is a journey through a 15-year career that started with freestyling at events like WAPI (Words & Pictures) to becoming a ‘household name with corporate deals” and touring the world collaborating with giants like Ghanaian rapper Sarkodie.

“I’m just seeing everything unraveling right now, things I did not even expect, but the way this album is being consumed is a game-changer and it’s a new experience for me but I’m just hoping for the best.”