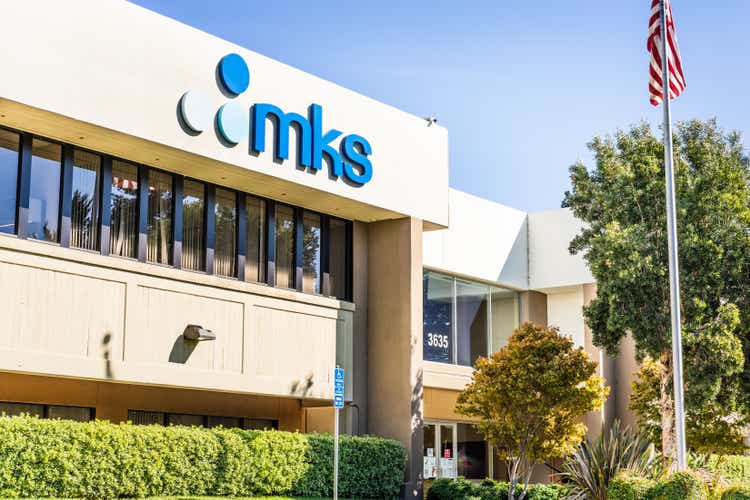 MKS Instruments (NASDAQ: MKSI) planned $ 5 billion acquisition of Atotech (NYSE: ATC) may have to be renegotiated or the deal may be canceled as the March 31 deadline for deal termination approaches, according to Wells Fargo.

With Atotech (ATC) shares trading below pre-deal speculation price and an extended timeline will likely require a higher offer price for the deal to be completed, Wells Fargo analyst Joe Quatrochi, who has a $ 155 price target and equal weight rating on MKSI, wrote in a note on Wednesday. MKSI can likely increase its offer price by $ 2 / share for the cash portion of the deal.

The analyst’s comments come as the combination has been delayed as Chinese antitrust authorities analyze the deal as third parties reportedly have concerns about the acquisition. A report from last week said the transaction was said to have been refiled in front of China’s main antitrust regulator.

“While it remains difficult to predict whether China’s SAMR will provide approval for this deal, we are not surprised that China is taking a close look at this deal,” Quatrochi wrote in the note.

Atotech (ATC) last week declined to comment to Seeking Alpha on the report of the deal being refiled in China and / or if it would need to be extended.

While the China State Administration for Market Regulation (“SAMR”) initially planned to clear the deal without conditions, SAMR received concerns from third parties in its final check, according to a report earlier this month.

MKS Instruments (MKSI) said in December that the ATC deal has received approval, or indication of imminent approval, from 12 out of 13 global antitrust regulatory authorities, with China being the last remaining approval. The company at the time pushed out the close of the deal to Q1 from Q4.

As of Friday’s close, Atotech (ATC) shares traded at a 9% discount to the implied takeout value vs a 2% discount in late February, which indicates traders are more concerned about a deal close.

MKSI shares would likely react positively to a canceled deal and a termination may result in a “relief rally”, according to Wells Fargo’s Quatrochi, who highlighted that MKSI shares have dropped ~ 19% since the deal was announced in early July vs the Philadelphia Semiconductor Index (“SOX”), which declined ~ 4%. A delayed or renegotiated deal would also likely be a negative for MKSI’s stock.

“We expect this to be viewed negatively, as deal uncertainly persists and likely require add’l value (higher price or special divvy?) To ATC holders, given shares are below pre-deal speculation levels,” Quatrochi wrote.

Another issue with the ATC / MKSI deal is potential Carlyle-related (CG) selling pressure following deal close, which appears to be a “significant overhang” on MKSI’s stock since the deal was announced, according to Quatrochi. Carlyle Group will own 13.1% of the combined company after the close, in which there is a phased lock-up over 60 days, where CG can sell 20% its ownership immediately at close. Carlyle and its affiliates, owner of 79% of outstanding Atotech common shares.

“While we think this could likely be completed via block trades, discussions have focused on eligible shares to be sold 60 days post deal close as representing nearly 50% of MKS ‘monthly trading volume,” Quatrochi wrote.