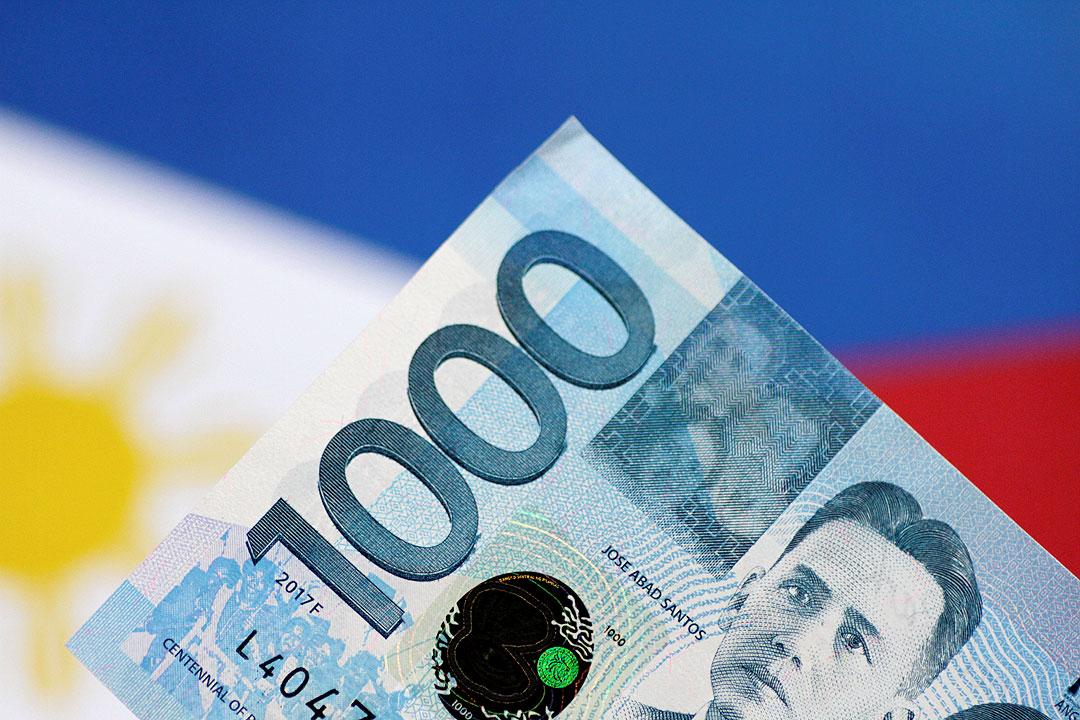 FOURTH-QUARTER lending at the Philippines’ biggest banks grew at the fastest pace since the start of the coronavirus disease 2019 (COVID-19) pandemic.

The latest edition of BusinessWorld‘s quarterly banking report showed the aggregate loans of 46 universal and commercial banks (U / KBs) jumped by 5.93% year on year to P10.15 trillion in the fourth quarter, quicker than the 3.24% growth in the preceding quarter.

The latest performance reading marked the fastest in seven quarters, or since the year-on-year expansion of 9.73% recorded in the first three months of 2020. 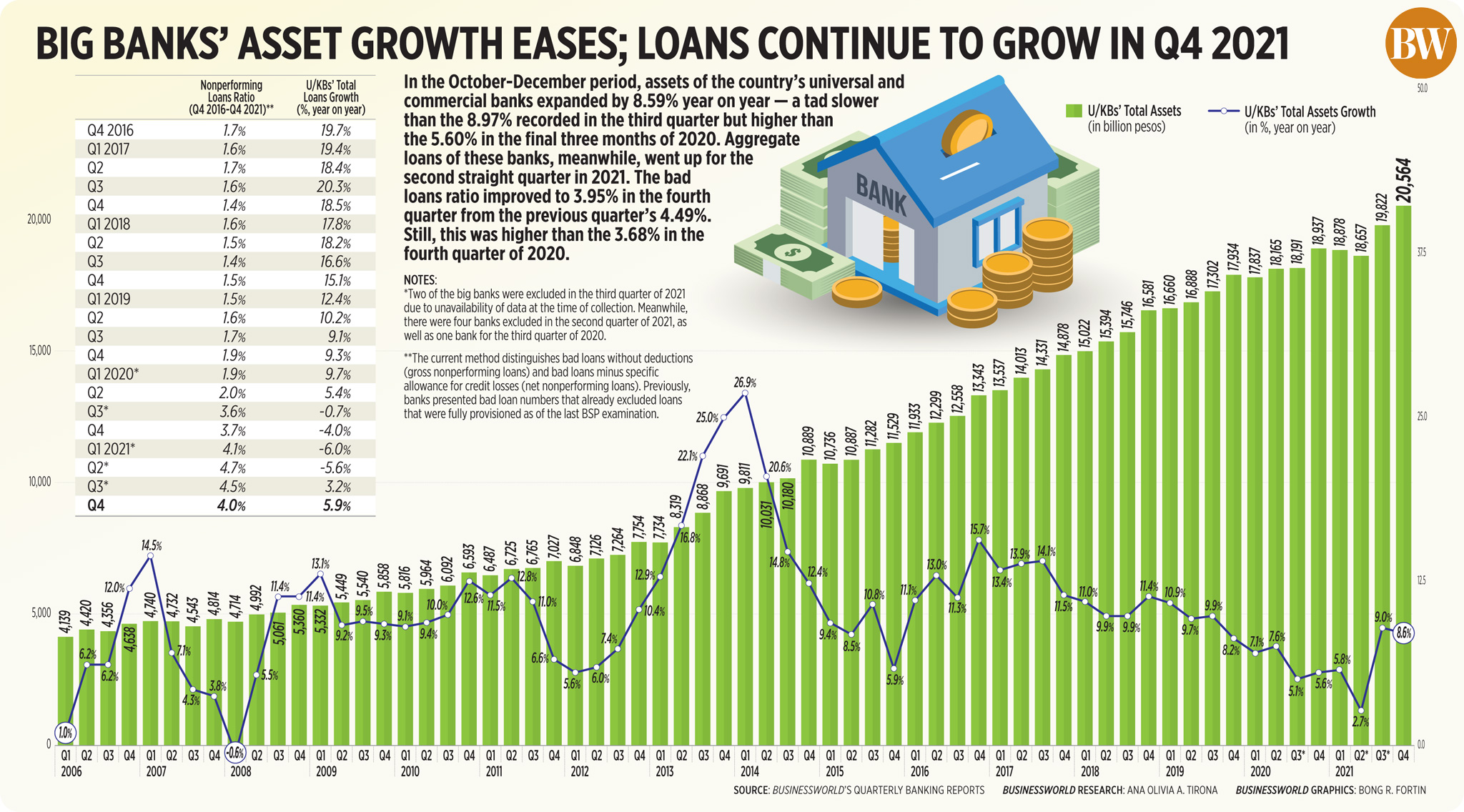 This brought the NPL ratio, or the portion of bad loans to the total loan portfolio, to 3.95% in the fourth quarter, lower than the 4.49% in the preceding quarter. The NPL ratio was higher compared with 3.68% recorded in the final three months of 2020.

Loans are considered to be nonperforming once they are left unpaid at least 30 days beyond the due date. They pose a risk to the lenders’ asset quality as borrowers are likely to default on these debts.

Relative to total assets, foreclosed real and other properties stood at 0.25%, dipping from third quarter’s 0.26%. This was also slightly lower compared to the 0.28% posted in the fourth quarter of 2020.

Total loan loss reserves reached P341.23 billion during the period, smaller than the previous quarter’s P353.53 billion but bigger than P322.57 billion in 2020.

Big banks’ median capital adequacy ratio – or the ability to absorb losses from risk-weighted assets – stood at 21.30%. This was higher than 20.80% in the third quarter of 2021 and 20.14% in the fourth quarter of 2020. Still, the ratio remained well above the regulatory minimum of 10% set by the BSP as well as the international minimum standard of 8%.

When comparing U / KB’s in terms of combined assets, BDO Unibank, Inc. remained the top bank with P3.560 trillion. It was followed by Land Bank of the Philippines (LANDBANK) with P2.922 trillion and Metropolitan Bank & Trust Co. (Metrobank) with P2.507 trillion.

BDO had the biggest loans issued with P2.320 trillion, followed by Bank of the Philippine Islands and Metrobank with P1.471 trillion and P1.209 trillion, respectively.

BusinessWorld Research has been tracking the financial performance of the country’s largest banks on a quarterly basis since the late 1980s using banks’ published statements.

The full version of BusinessWorld‘s quarterly banking report will soon be available for download at www.bworldonline.com.