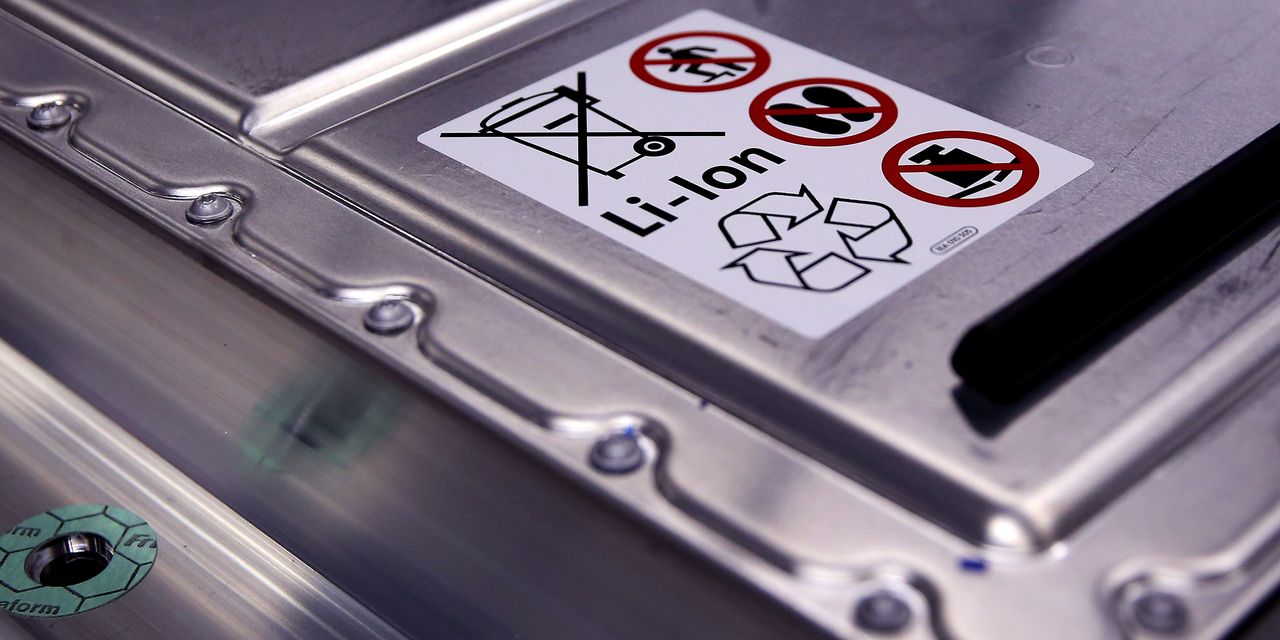 Inflation is hitting the electric vehicle supply chain as the prices for metals that go into batteries soar. It is not all bad news, though. Inflationary pressure will drive EV makers to innovate faster. In the long run, that will result in cheaper EVs.

In the short run there is a lot of pain, though. A basket of metals that go into lithium ion batteries Barron’s tracks is up about 64% so far in 2022. That, theoretically, raises the sticker price of an average EV by as much as $ 2,000.

Rising prices for batteries are forcing EV makers to react.

(RIVN) have implemented price hikes for their vehicles in the US

(China is the world’s largest market for new cars and new EVs.)

Nickel is one of the main culprits behind battery material inflation. Spot prices for nickel are up almost 80% year-to-date. And higher nickel prices are because of the Russia-Ukraine conflict in large part. Russia accounts for roughly 10% of global production. The current situation has “encouraged several OEMs to transition to nickel free chemistries,”

OEM is short for original equipment maker and is industry jargon for an auto maker. And Hu says OEMs are swapping out higher priced nickel-based batteries for lower priced iron-based chemistries to offset inflation.

That trade drops battery costs but it hurts EV range. An iron-based battery chemistry only has about two-thirds of the energy packed into a battery cell, compared to nickel-based chemistries. That problem is one of the main things Hu’s company is working on.

SES is a battery technology company that is developing batteries that have pure lithium anodes. An anode is one side of of battery. The other side of a battery is called the cathode. Today, lithium-ion battery anodes are typically graphite. The cathodes are the sides that use metals such as nickel.

A pure lithium anode can boost the energy density of an iron-based battery chemistry all the way to a comparable nickel-based cell. The reason, explains Hu, boils down to volume. It is possible to squeeze more material into a battery cell when the graphite layer is removed.

SES isn’t in commercial production yet. That’s still years away. There are technical hurdles the company still needs to overcome. The current nickel price rise has not led to a jump in SES business activity, says Hu. All auto makers, and existing battery players, are working on next generation battery technology, including pure lithium metal anodes.

Instead, Hu believes the current environment will drive more rapid adoption of iron-based chemistries. That will have a secondary impact on his company. It raises the level of urgency felt by auto makers to develop and adopt SES-like technologies.

The market seems to have already recognized that dynamic. Nickel prices have arguably been a huge boon to SES stock. Shares are up roughly 50% since Russia invaded Ukraine.

It’s an impressive move, but the rally only cuts recent losses for investors. Coming into Monday trading, SES stock is still down about 28% year to date, worse than the 6% and 4% respective declines of the

shares are down about 42% from their December 52-week high.