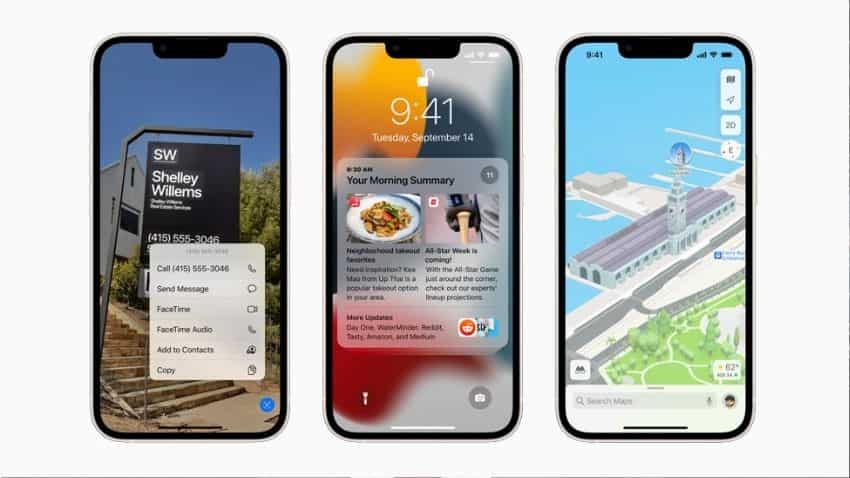 Apple, which recently rolled out an update, iOS 15.4, is reportedly causing battery drain for some users. The latest iOS 15.4 adds an option to use Face ID while wearing a mask. Users will also be able to use FaceID while using Apple Pay, Safari and while auto-filling passwords in apps.

Now, according to GSMArena, limited feature availability might be the least of iOS 15.4’s issues as a growing number of people are reporting bad battery life after the OTA, the news agency IANS reported,

Things like an iPhone 13 Pro Max only last for half a day. Or an older iPhone 11 dropping 80 per cent battery charge in 24 hours with two hours of screen on time, the report said.

The biggest spotlight feature is the ability to unlock the phone using a Face ID with a mask on. The new Face ID only works on the iPhone 13 and iPhone 12 generation, though and is slower and less secure. iOS 15.4 does also include over 100 new emoji from the Emoji 14.0 set. Users can now choose separate skin tones for each hand in the handshake emoji.

It also has a new voice option for Siri along with the ability to provide time and date information offline, EU Digital Covid Certificate support in vaccine cards in Apple Wallet, improvements to Safari web page translations with support for Italian and Chinese, Podcasts app improvements, and more.

– Go to Settings option on your iPhone. Then, tap on the software update option.

– Pls, keep your phone fully charged or connect to the charger when you tap on update option.