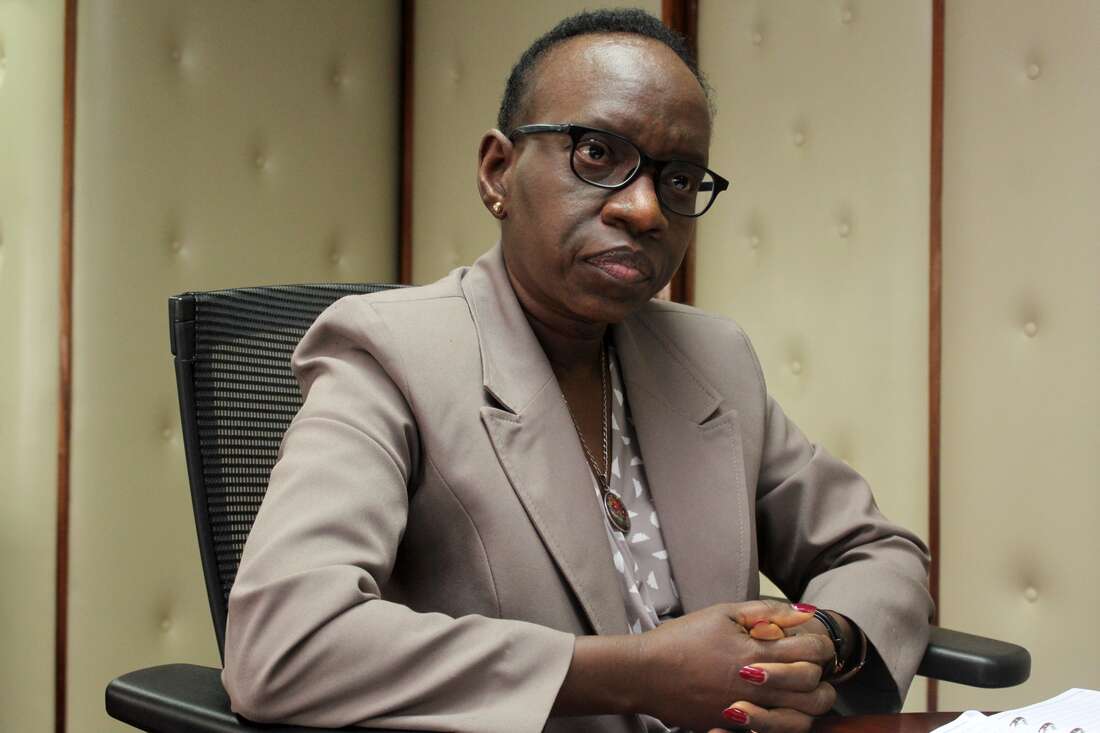 Kenya has fallen further back on the repayment of the Sh18 billion Southern Bypass loan, underlying the growing struggle to keep up with a mountain of debt owed to Chinese firms building mega projects in the country.

Auditor General Nancy Gathungu says Kenya now owes China Exim Bank Sh3.6 billion in delayed payments for the year to June 2021. This is an increase of Sh726 million from Sh2.9 billion that was outstanding in 2020.

Ms Gathungu now warns that the taxpayer will be saddled with more interests and penalties if the country does not regularize the repayments.

“Although the management has committed to liaise with the line ministry and the National Treasury for adequate budgetary allocation and timely exchequer releases for prompt payments in the subsequent financial year, the project is at risk of incurring additional costs by way of interests and penalties with the continued delay in making the payments, ”Ms Gathungu said.

Already the country is struggling to keep up with the high operating costs of the Standard Gauge Railway (SGR) after revenue collection by the operator Afristar trailed expenditure – exposing taxpayers to a huge bill for sustaining operations.

For instance, in the three years to May 2020, the SGR posted a combined operating loss of Sh21.68 billion, having netted Sh25.03 billion in revenue over the period against operational costs totaling Sh46.71 billion – a gap that taxpayers have to plug.

The SGR operation agreement requires the government to foot a fixed service monthly payment, which is made quarterly in advance at a rate of $ 28.8 million.

This comes at a time China has tightened its grip on Kenya’s mega projects. China Communications Construction Co (CCCC) and its subsidiary CRBC hold the bulk of the road and railway contract, earning about Sh777.1 billion.

Besides building all the major roads and highways around Nairobi, the two have also built two ports and 23 roads around the country. The Chinese government-owned firm is also building the Sh65 billion Nairobi Expressway that is nearing completion.

China’s state-linked firms are getting ahead partly due to Chinese government loans which had increased to $ 7.09 billion (Sh797.77 billion) by June last year.

It starts at the junction of the Nairobi-Mombasa road and Likoni Road, approximately 10 kilometers south-east of the city center.

The road then loops through the south-western suburbs of Nairobi, including the northern environs of Nairobi National Park, Uhuru Gardens, Lang’ata, Dagoretti and to Kiambu County and then turns northwards, and ends at Kikuyu town.

The State built the by-pass by diverting long-distance traffic from and to the port city of Mombasa, destined for western Kenya and the land-locked countries of South Sudan, Uganda, Burundi and the Democratic Republic of the Congo.

The bypass was commissioned by President Uhuru Kenyatta and his guest, the late President of Tanzania, John Magufuli, on November 2, 2016.

This comes at a time Kenya is seeking to reinstate payment of toll fees on both new and existing roads in a move that paves the way for the introduction of user fees on major roads, bridges and tunnels.

The proposed law empowers the Transport Cabinet Secretary to declare any road or a portion, including a bridge or tunnel on a public road, as a toll road.

The Treasury told Parliament that tolling will be applied on roads that have traffic to generate adequate fees like Thika and Jogoo roads.

Motorists pay a levy of Sh18 for a liter of diesel and petrol that goes into maintenance and rehabilitation of roads through the Kenya Roads Board.