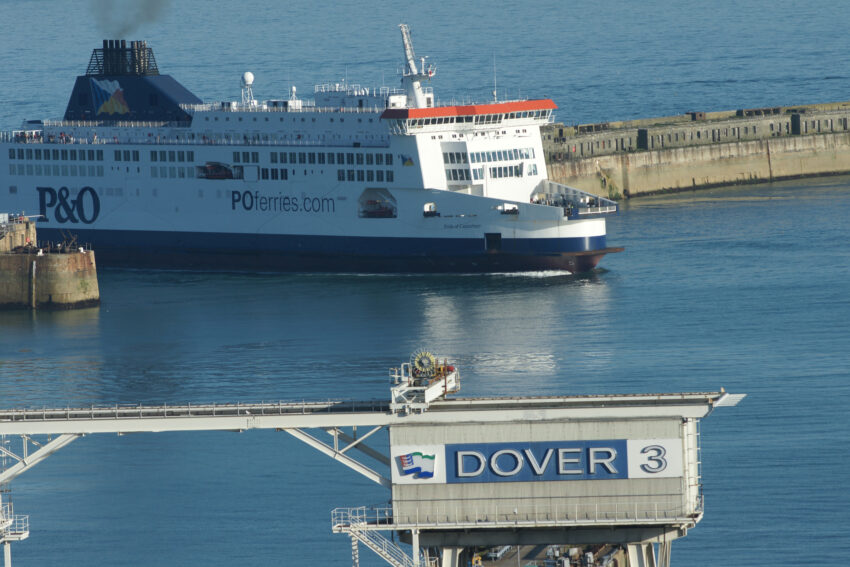 Labor has urged the business secretary to launch legal action against P&O Ferries over its “scandalous” decision to sack 800 workers without warning, which the party said is a criminal offense.

Shadow transport secretary, Louise Haigh, deputy leader Angela Rayner and shadow business secretary Jonathan Reynolds have written to Kwasi Kwarteng, asking if he will start proceedings for what they called the “scandalous action” of the ferry company.

Under section 193 of the Trade Union Labor Relations (Consolidation) Act 1992, employers who want to make more than 100 people redundant have a duty to notify the business secretary of their plans, before giving notice to the workers. The employer is also required to do so at least 45 days before the dismissals.

P&O Ferries sacked 800 staff on Thursday, planning to replace them with cheaper agency workers. It has emerged that ministers were informed in advance about the mass redundancies.

In their letter to Kwarteng, the Labor MPs wrote: “An employer who fails to provide that notification is committing a criminal offense, and liable to an unlimited fine. It is for you, as secretary of state, to launch that action. ”

They asked: “Will you be commencing criminal proceedings against P&O Ferries, as well as individual directors and managers as permitted under law? If not, could you explain why? ”

Labor added: “If an exploitative employer can escape without any consequences for this egregious action, it will give the green light to bad bosses across the country.”

Kwarteng wrote to P&O Ferries on Friday, outlining the government’s “anger and disappointment” over the way the company had handled the redundancies. He asked the ferry company a series of questions about why it had failed to follow processes expected of employers dismissing a large number of staff.

Kwarteng has given the company until 5pm on Tuesday 22 March to respond before deciding whether to make a formal complaint to the prosecuting authority.

Labor and the Trades Union Congress (TUC) are calling on all MPs to back the opposition motion to ban “fire and rehire”, the practice where staff are let go, only to be re-employed on worse terms and conditions.

Labor is expected to force an emergency vote on the issue in parliament on Monday.

A Commons bill that would have banned the practice was blocked by ministers last October. The government said at the time it opposed such actions, but believed legislation was the wrong way to respond.

The TUC’s general secretary, Frances O’Grady, called on MPs from all parties to “do the right thing” and support Labor’s motion.

“P&O ferries and its owner DP World have acted without shame. We can not let them off the hook, ”she said. “Rogue employers need to know they can not get away with treating workers like disposable labor.”

The TUC has called on ministers to use the growing scandal as a catalyst to improve workers’ rights, by bringing forward an employment bill.

O’Grady called on the company to immediately reinstate all sacked staff, without any loss of pay.

The chancellor, Rishi Sunak, criticized the treatment of workers by the ferry company.

“What we are seeing is appalling, the way they have treated their workers, it is awful, it is wrong,” Sunak said told the BBC on Sunday.

He added ministers were examining the company’s actions and whether they complied with regulations on dismissing workers.

Employment lawyers reacted with surprise to the company’s move to sack 800 crew out of the blue, and said P&O Ferries may have broken several laws, potentially leaving it open to claims of unfair dismissal.

Over the weekend, angry protests were held at ports across the UK. Trade union leaders and politicians joined sacked P&O Ferries workers in Dover, Hull, Liverpool and Larne amid growing rage over the company’s decision, with more protests planned for the coming days, including outside parliament on Monday.

On Sunday, P&O warned customers that its services would be “unable to run for the next few days”.

The company said it was “advising travelers of alternative arrangements” for its cross-Channel and Irish Sea routes.

A spokesperson for P&O Ferries said it had taken the decision to make the staff redundant “as a last resort and only after full consideration of all other options”, after it made a £ 100m loss.

“Ultimately, we concluded that the business would not survive without fundamentally changed crewing arrangements, which in turn would inevitably result in redundancies,” they said.