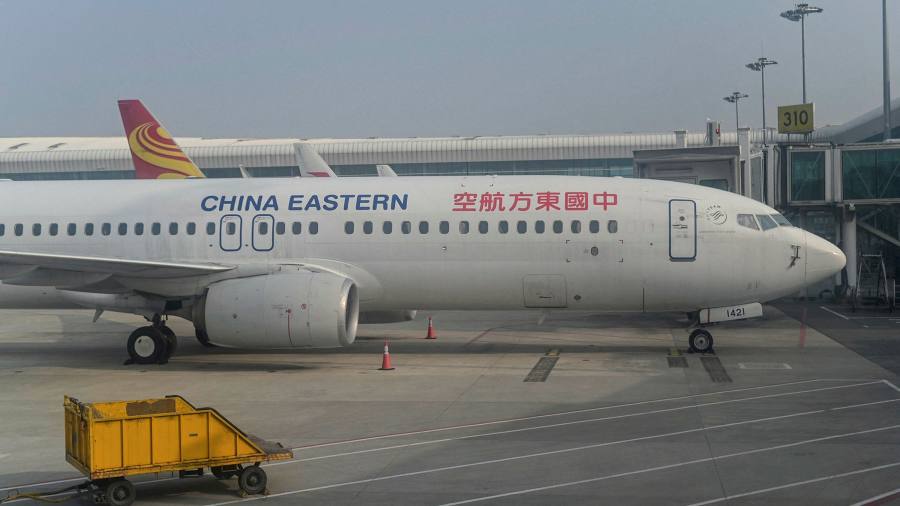 A passenger flight with 132 people on board has crashed in southern China, in what threatens to be the country’s worst air disasters in recent years.

China Eastern Airlines’ flight MU5735 crashed in a mountain range in Guangxi an hour after take-off, according to multiple state media reports. The flight was traveling from Kunming to Guangzhou.

No information on casualties or the cause of the crash was immediately available.

Data from Flightradar24 showed the six-year-old plane traveling at 29,100 feet before it began to rapidly lose speed and altitude.

The flight was carrying 123 passengers and nine crew members, according to the Civil Aviation Administration of China. The aviation regulator said it had activated its emergency response measures and was sending a team to the crash site.

The fire department in Wuzhou, where the plane went down, said the plane crashed in a remote mountainous area and 450 firefighters were heading to the scene of the accident, according to state media.

Videos on social media showed smoke billowing from a mountain in the area. The images could not be verified by the Financial Times.

Flight tracking websites show the route was being flown by a Boeing 737-800.

Boeing and China Eastern did not immediately respond to questions.

The crash could be one of China’s worst aviation disasters in two decades after a succession of accidents in the 1990s, which officials blamed on the rapid growth of the aviation industry without strict regulatory oversight.

Over the past two decades, China has suffered fewer accidents after the country upgraded its fleet and introduced tighter government controls and regulatory scrutiny.

The Boeing 737-800 plane that crashed in China differs from the larger Max series which crashed in Indonesia and Ethiopia within six months, killing a combined 346 people.

The global fleet of 737 Max aircraft was grounded for two years following the incidents involving an Indonesian carrier in October 2018 and an Ethiopian airline in March 2019. Boeing last year reached a $ 2.5bn settlement to compensate the families of those killed in the accidents.

Shares in China Eastern were 6.5 percent lower on the day in late trading in Hong Kong. Boeing shares were down 6.6 percent in pre-market trading in New York.