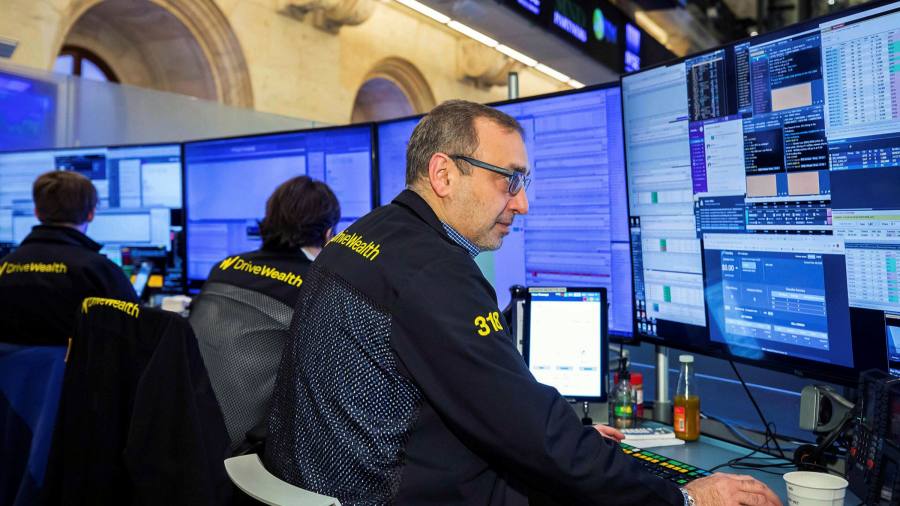 The S&P 500 index was 0.3 per cent lower in mid-afternoon trading. The benchmark index had been roughly flat before Powell’s comments at a conference hosted by the National Association for Business Economics.

Technology stocks, which are seen as particularly sensitive to rising rates, were the sharpest fallers, and the tech-dominated Nasdaq Composite was down 0.7 per cent.

Government bond prices, which had already been declining earlier in the day, also took a further leg lower after Powell’s speech. The yield on the benchmark 10-year Treasury, which rises when prices fall, jumped 0.15 percentage points to 2.3 per cent.

The US government bond market is in the middle of its worst month since Donald Trump was elected president in 2016.

Powell repeatedly stressed on Monday that the central bank needed to move “expeditiously” toward a tighter monetary policy to restore price stability. He added that he was confident the Fed could bring down inflation – which hit a 40-year high of 7.9 per cent in February – without causing a recession.

His comments came after US stocks posted their best week since 2020, despite the Fed starting its long-awaited cycle of rate rises. Europe’s Stoxx 600 index also erased all the losses it had incurred since Russia’s invasion of Ukraine began.

“The economic impact of the war is increasing,” he said, citing the risks of commodity inflation continuing beyond any resolution of the conflict because of sanctions against Russia and higher input prices denting companies’ profits.

The Stoxx 600 closed flat on Monday. The UK’s FTSE 100 gained 0.5 per cent, but indices in France, Germany and Spain slipped back.

Last week’s gains had been helped by optimism about peace talks between Russia and Ukraine. On Monday the Kremlin played down progress in talks, saying there had been “no more substantial movement” as fierce fighting engulfed the port city of Mariupol. The status of Mariupol has been a sticking point in discussions between the two sides. 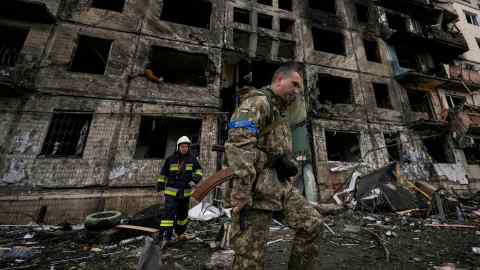 “The current flatness of the yield curve is quite unusual,” said Paul O’Connor, head of UK-based multi-asset at Janus Henderson. “The market is telling us that interest rates are going up quite significantly in the shorter term.”

In commodity markets, Brent crude oil rose 7 per cent to $ 115.67 a barrel on Monday, taking its increase since the day before Russian President Vladimir Putin launched his invasion of Ukraine on February 24 to more than 18 per cent. Russia is the world’s second-largest supplier of crude oil, and while the EU has not yet followed the US in banning Russian imports, it is facing mounting calls to do so.