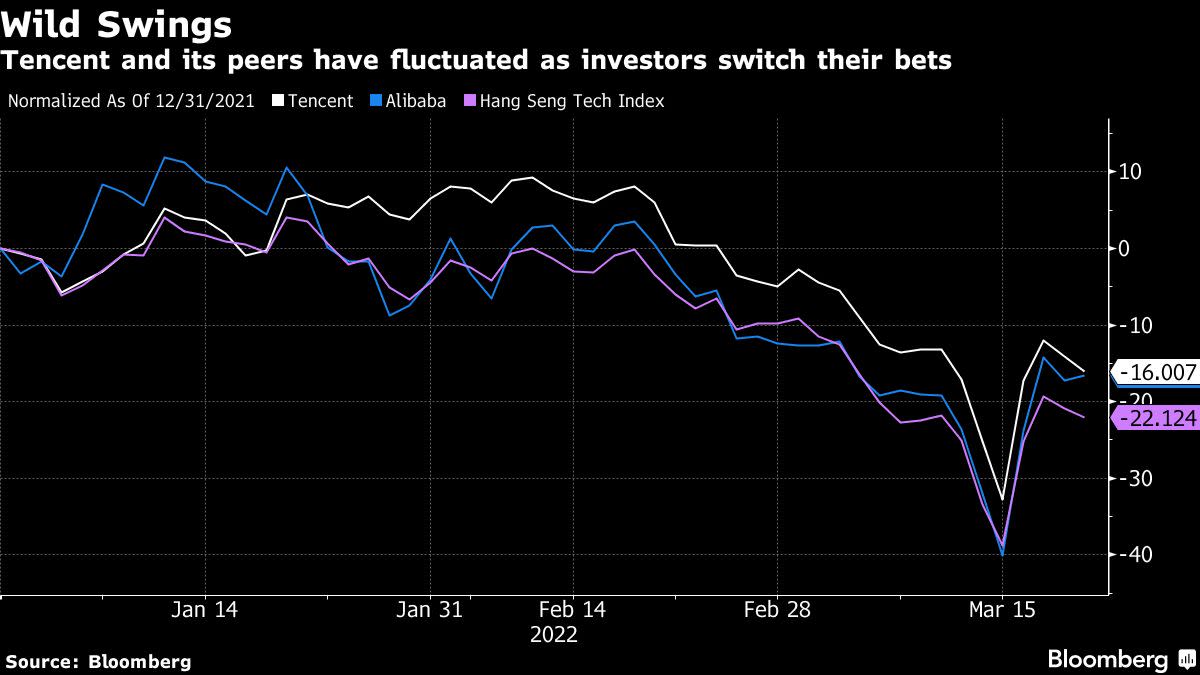 (Bloomberg) – Alibaba Group Holding Ltd. soared as much as 13% on Tuesday in New York after ramping up its share buyback program to $ 25 billion, fueling hopes that Beijing is easing off an internet crackdown that wiped out $ 470 billion of the e-commerce giant’s value.

The board approved the program, which will run for two years through to March 2024, the company said. It also appointed a new independent director in Shan Weijian, chairman of alternative asset management house PAG. Shan, a longtime investor in Chinese companies, will replace Ericsson Chief Executive Officer Börje Ekholm from March 31.

Alibaba’s up-sized buyback represents one of the largest shareholder-reward programs in China’s giant internet industry, and coincides with a re-calibration of sentiment after Xi Jinping and his deputy Liu He pledged to support the economy and markets and finish the clampdown on the tech sector “as soon as possible” – triggering a historic rally in Chinese stocks.

China’s largest companies are only just starting to emerge from a year of unparalleled regulatory scrutiny into sectors from online commerce to social media. Alibaba’s shares closed at their highest in almost a month in Hong Kong on Tuesday, and the US depositary receipts were trading at $ 113.66 at 9:47 am in New York.

The buyback “signals where company management sees value, and it may also be a bellwether for where they see regulatory action – perhaps we are coming closer to the end of it,” said Justin Tang, head of Asian Research at United First Partners in Singapore.

Chinese tech corporations have until recently rarely resorted to big shareholder-return programs like dividends or stock repurchases. But the country’s largest corporations have resigned themselves to a new era of cautious expansion, nearly two years into a bruising internet crackdown that quickly engulfed everything from e-commerce to ride-hailing and online education.

Alibaba grew its buyback arsenal for the third time since Beijing’s tech crackdown started in late 2020 – twice in under a year. It acquired 56.2 million American depositary shares under its previously announced share buyback program for about $ 9.2 billion. That means it’s spent more on repurchases than any other tech firm since the sector’s downturn began.

But that’s done little to boost the stock’s fortunes.

Alibaba reported its slowest growth on record during the December quarter, and Tencent Holdings Ltd. is expected to do the same on Wednesday. E-commerce rival Pinduoduo Inc. reported revenue that missed estimates for the third straight quarter.

Alibaba Chief Executive Officer Daniel Zhang has sketched out how China’s e-commerce leader will now prioritize user retention over acquisition – a significant shift for a company that achieved massive scale by vanquishing rivals like EBay Inc. and fought rivals in arenas from media to the cloud and commerce.

The about-face underscores a growing realization of the speed with which up-and-coming competitors from ByteDance Ltd. to PDD are drawing users from traditional leaders Alibaba and JD.com Inc., even as the Chinese economy struggles to recover during punishing Covid-Zero lockdowns.

“The Chinese generally believe you should not waste the bullet when the tide is against you,” Kamet Capital Partners Chief Investment Officer Kerry Goh said. “Could this be a signal that the management believes the worst is behind them especially since Liu He’s announcement last week?”

(Updates shares in US trading in fourth paragraph.)