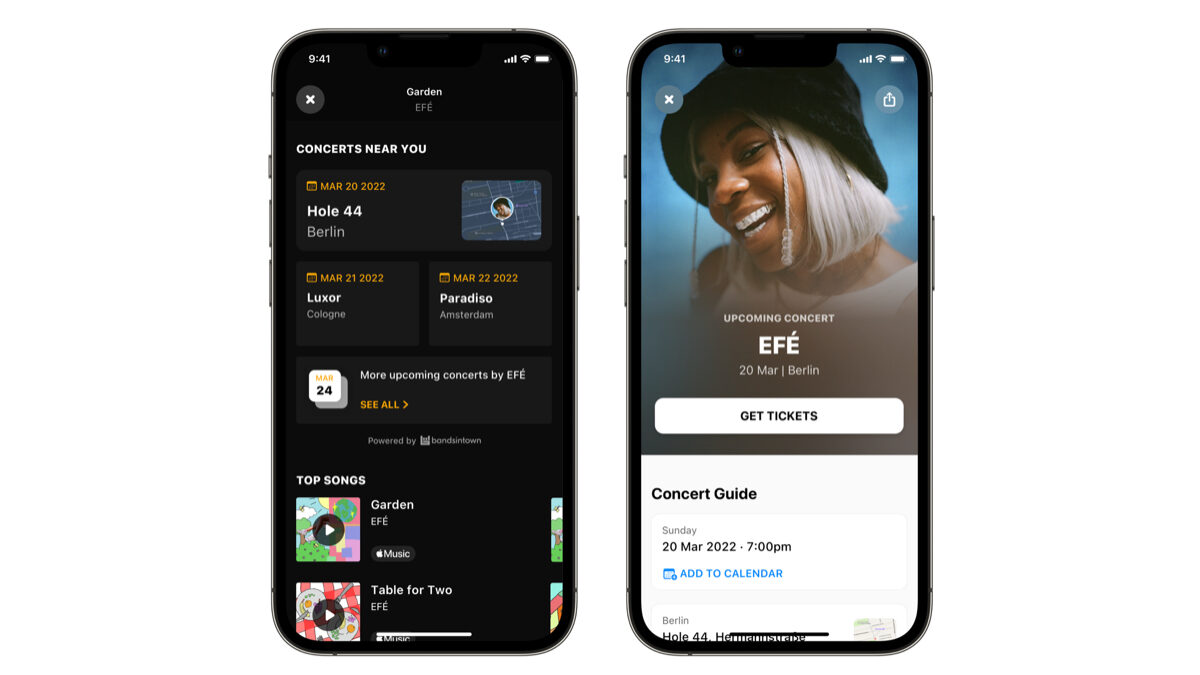 Shazam, the music recognition app acquired by Apple for $ 400 million in 2018, has added new concert discovery features to its platform, which, it says, will make it easy for users to explore upcoming live music shows and increase exposure for artists.

By ‘Shazaming’ a song, searching for it in the Shazam app or on the Shazam website, users can find concert information and tickets on sale for upcoming shows nearby.

They can also launch a Shazam Artist page to explore dates, times and locations of upcoming live shows, tap on any concert to view additional tour information, share show details, and add events to their calendar.

Shazam’s new concert pages are available in the iOS and Android apps, and on Shazam.com.

Artists can now make their tour information available to be found via Shazam using Bandsintown For Artists.

Shazam now counts over 225 million monthly active users, with more than 1 billion song recognitions per month and over 50 billion total since its inception.

In other recent Shazam news, in September, Apple Music rolled out a new process that uses Shazam technology to identify tracks in DJ mixes in order to pay all the rightsholders whose music appears in a mix.

“With the reemergence of live music, we’m excited to give Shazam users access to concerts and bring even more discoverability to artists.”

Oliver Schusser, Apple’s vice president of Apple Music and Beats, said: “Shazam has a long history of innovation in music discovery and connecting artists and fans,”

“With the reemergence of live music, we’m excited to give Shazam users access to concerts and bring even more discoverability to artists.”

“As live music returns, we’re on a mission to help artists get more visibility for their shows.”

Fabrice Sergent, managing partner of Bandsintown said: “As live music returns, we’re on a mission to help artists get more visibility for their shows.

“Pent up demand from fans eager to go back to concerts is being met by an unprecedented level of live shows from artists on tour.”Music Business Worldwide