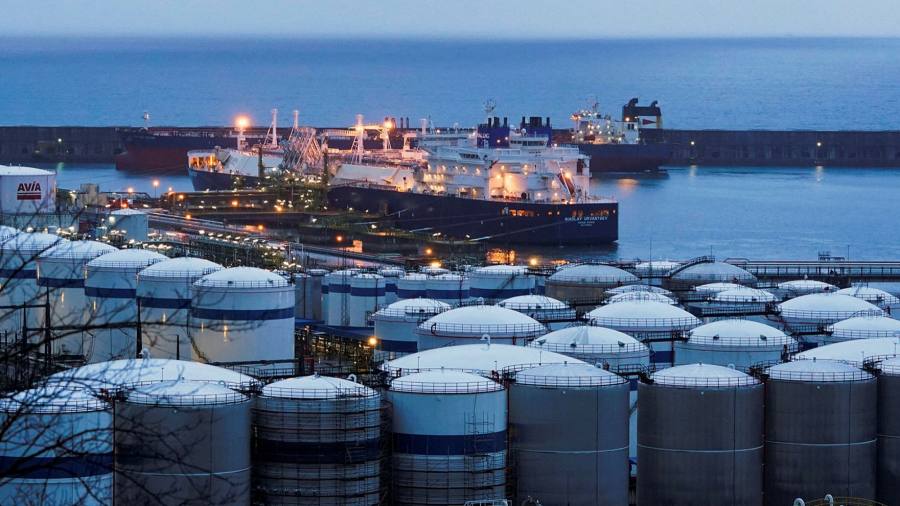 Central banks have intensified discussions with energy trading firms calling for help to ease market strains sparked by the war in Ukraine, but are unlikely to unlock immediate extra support, according to people with knowledge of their talks.

Top energy market executives spoke to the Bank of England and European Central Bank this week to express alarm at large spikes in commodity futures prices, which are hampering risk management and threatening the smooth flow of physical assets around the world.

Senior BoE officials are keen to understand how to ease strains in futures markets, and are aware of the potential risks to global trade, people familiar with the matter say. But the central bank thinks that existing facilities already offer a cushion against a potential worsening in market conditions.

“I think there’s been a pretty active debate among regulators, central banks, and banks on just how we resolve this,” said Jeremy Weir, executive chair of commodities trader Trafigura. We are doing our part in terms of talking to these various institutions and regulators to at least say these are the market circumstances. . . We do need some form of liquidity to come back in to the marketplace, ”he said at the FT Commodities Global Summit in Switzerland on Tuesday.

Russell Hardy, chief executive of Vitol, another of the world’s largest commodity traders, said that participation in the spot market for gas had dwindled because of the cost of trading.

To move a cargo equivalent to one megawatt hour of liquefied natural gas priced at € 97, traders must provide € 80 in cash, straining their capital requirements, Hardy said.

“The depth and liquidity in gas markets would normally prevent something like that happening – the doubling of the price in a day,” he said.

Traders rely on networks of terminals, storage facilities and shipping fleets to keep key commodities moving around the world. But they also need financial markets, which help them lock in minimum prices for dates in the future and manage the risk that prices move against them by the time commodities are delivered. Typically this is done through contracts pegged to commodities prices from exchanges such as ICE Futures Europe and Chicago’s CME Group. Most European energy contracts are risk-managed in London, overseen by the BoE.

The BoE and ECB declined to comment. UK regulator the Financial Conduct Authority says it is in “close contact with financial firms active in energy markets”.

Russia’s invasion has fired up the cost of commodities it produces, such as oil and gas, and of Ukrainian exports, including wheat. That means traders’ hedges against falling prices have become heavily lossmaking, triggering demands for more margin.

Those margins are returned to traders when the commodities are delivered, but in the mean time, trading firms can face liquidity strains. This is especially an issue for smaller companies that lack access to large credit lines.

One industry group representing Europe’s largest energy traders – including Shell and BP and big German utilities – called for help in a letter this month. Many traders want central banks to support clearing houses and banks, so that they in turn have less need to bump up margins for traders.

Officials in the eurozone have ruled out direct support for the commodities industry, arguing that any explicit backing or guarantees should come from governments or development banks.

Last week Rostin Behnam, chair of the Commodity Futures Trading Commission, the main US derivatives regulator, said a lot of collateral had remained in the global financial system after the volatile March 2020, when markets convulsed on Covid concerns.

“I think this has acted as a nice buffer as we have had to deal with the shock in the past two weeks. Nothing has come to the CFTC or me personally that’s been overtly concerning, ”he said.

However he urged market participants to share concerns. “It’s helpful that we talk about it so that we can collectively work to mitigate the risks that might arise.”