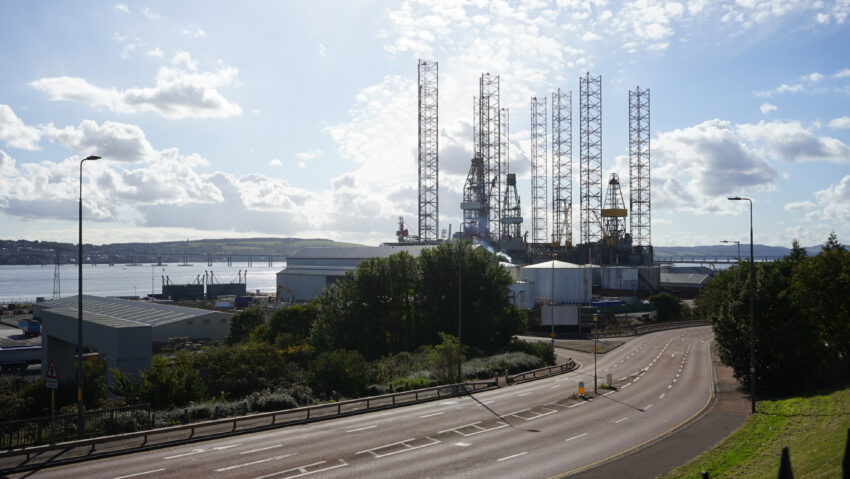 The Dubai-based owner of P&O Ferries is expected to benefit from at least £ 50m of UK taxpayer support as part of the government’s freeport program, raising questions about its role in the scheme after the sacking of 800 workers.

DP World, the Emirati logistics giant behind P&O, runs the UK’s second- and third-biggest shipping terminals at Southampton and London Gateway – locations among the first 12 freeports in the UK to be picked by the government last year as a flagship part of its leveling-up agenda.

Under the plans, each site will receive £ 25m of seed capital funding from the public purse to upgrade infrastructure, as part of the scheme championed by the chancellor, Rishi Sunak. Each location also benefits from tax breaks designed to encourage business investment, economic growth and job creation, with an upfront cost to taxpayers worth £ 500m over five years for all 12 freeports.

However, trade union leaders and opposition MPs questioned whether DP World should play a role in the program after the sacking without notice of 800 P&O seafarers last week.

Mick Lynch, the general secretary of the RMT trade union, said: “It’s beyond belief that a company which has treated British workers in such a brutal and callous fashion could still be in the frame for a £ 50m windfall from the British taxpayer. The government should be banning and sanctioning this bunch of corporate oligarchs in the strongest possible fashion until they reinstate the sacked workforce. ”

Under the freeport program in Scotland and Wales, operators are required to demonstrate plans for high-quality employment and fair work practices – including the payment of the real living wage, as part of measures imposed by the devolved governments.

However, the UK government did not pursue similar rules for English freeports, leading to criticisms of the scheme. The government insists UK employment laws apply across the country, including in freeports.

“People are horrified with what they’ve seen at P&O,” said Andy McDonald, the Labor MP for Middlesbrough, who counts the Teesside freeport within his constituency. “There’s no conditionality about this whatsoever [at freeports]. It guarantees corporate profit. It’s corporate welfare on an industrial scale. ”

The former shadow employment rights secretary said the government needed to reconsider who it did business with.

“All they [freeport operators] want is to extract value out of freeports and it’s not going to make a jot of difference to poverty, health, life expectancy or anything else. They’re going to take the money and run, ”he said.

As well as the benefits accruing from the freeports, DP World is set for significant UK government support for its African expansion plans.

The UK will be the minority partner in a joint venture in three African ports – in Senegal, Egypt and Somaliland – that will be run by DP World, with an initial $ 320m (£ 242m) investment: the largest single investment that the UK’s investment arm has ever made.

The development finance arm – known as CDC Group, shortly to be renamed British International Investments or BII – said last October it would be investing up to a further $ 400m in DP World ports and logistics operations in Africa.

BII told the Financial Times last year that it had “a shared vision with DP World,” adding: “Our investment allows them to stretch their dollars further, to do more.”

A spokesperson for BII said the ports were “three of about 170 different businesses in which DP World has an interest. They are entirely separate, both operationally and financially, from the P&O Ferries business. ”

Last autumn DP World’s chair and chief executive, Sultan Ahmed Bin Sulayem, announced a £ 300m investment in its London Gateway port at an event marking the commercial launch of the Thames freeport. DP World is also investing £ 40m at the port of Southampton.

With posed photographs alongside the chancellor, Rishi Sunak, and the transport secretary, Grant Shapps, at the Savoy hotel in London, Bin Sulayem said the firm planned to be “at the heart of Britain’s trading future” and that its investment would boost economic growth , jobs and living standards. Sunak said at the time he was “thrilled” with the investment.

A government spokesperson said: “The government has been clear that we are appalled by the way P&O have behaved towards their employees and Department of Transport ministers have raised this directly with P&O company chiefs.

“We are working urgently to establish the facts of what has happened in this case, and whether P&O or DP World are in breach of any of the requirements on them as partners in the Thames and Solent freeports.”

A spokesperson for DP World in the UK said: “Our operation at DP World Southampton will not directly receive any public funds as part of Solent freeport.

The £ 11m of infrastructure funding, for which we have applied at DP World London Gateway should be seen alongside the £ 300m we are investing in a new fourth berth at the site, and the further £ 1bn which has been earmarked for investment in the UK over the next 10 years. ”