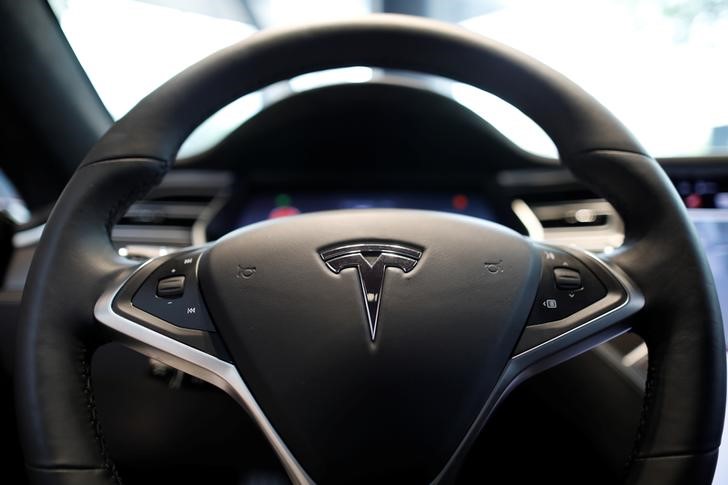 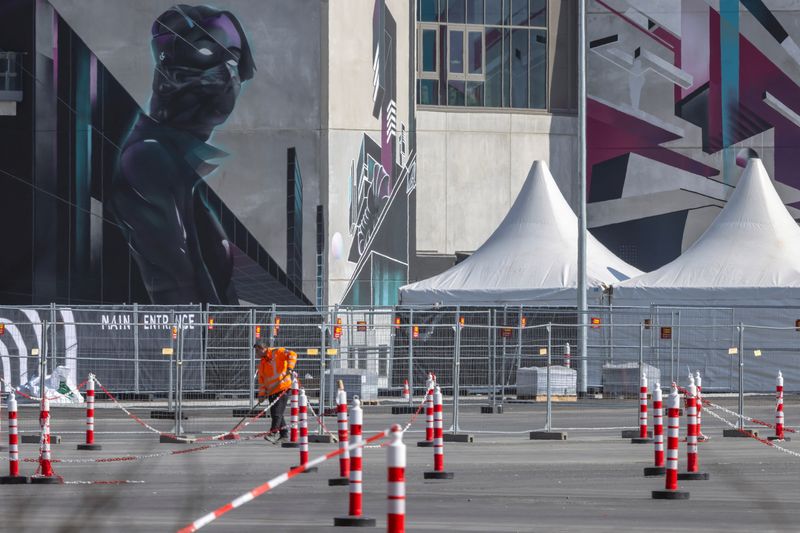 BERLIN (Reuters) -Tesla will deliver the first cars from its 5 billion euro ($ 5.5 billion) Gruenheide plant on Tuesday, marking the biggest investment in an automobile factory in recent German history and the start of the US company’s inaugural European hub.

The 30 clients chosen to receive the first cars on-site gathered with their families to await the vehicles through a glitzy, neon-lit Tesla (NASDAQ 🙂 branded exit from the factory, where Chief Executive Elon Musk and German Chancellor Olaf Scholz were expected to arrive and begin the handover.

“(It) shows that Germany should be the leading market for electromobility,” economy minister Habeck said outside the factory gates, adding that ramping up electric vehicle was particularly important as Germany attempts to reduce its dependence on Russian fuel.

Not everyone supports the Tesla plant, however, with environmental groups expressing concern throughout the two years it took to receive licenses for everything from the factory’s high water usage to the trees felled to build it.

Protestors marched towards the plant on Tuesday with flags and pots and pans, local radio rbb reported, reaching the gates just before Musk was due to speak.

Musk had hoped to begin output from the factory eight months ago, but local authorities in Germany said it had still been completed relatively swiftly despite licensing delays.

Tesla received the final go-ahead from local authorities on March 4 to begin production, providing it with several conditions, covering issues such as water use and air pollution control.

“Some people did not trust Germany could do this,” regional finance minister Joerg Steinbach told rbb radio, adding: “We showed the world.”

The chosen Tesla clients will receive the Model Y Performance configuration, a vehicle costing 63,990 euros with a 514 km (320 miles) range, the company said, adding that new orders from the plant could be delivered from April.

The licensing delay meant Tesla had to service earlier European orders from its Shanghai factory, driving up costs.

“Makes a huge difference to capital efficiency to localize production within a continent,” Musk tweeted.

At full capacity, the plant will produce 500,000 cars a year, more than the 450,000 battery-electric vehicles that German rival Volkswagen (DE 🙂 sold globally in 2021.

It will also generate 50 gigawatt hours (GWh) of battery power, surpassing all other plants Germany.

For now, Volkswagen still has the inside track in the race to electrify Europe’s fleet, with a 25% market share to Tesla’s 13%. Musk has said ramping up production will take longer than the two years it took to build the plant.

Volkswagen, which has already received 95,000 EV orders in Europe this year, is planning a new 2 billion euro EV plant alongside its Wolfsburg factory and six battery plants across Europe.

But its timeline lags Tesla’s, with the EV factory to open in 2026 and the first battery plant in 2023.