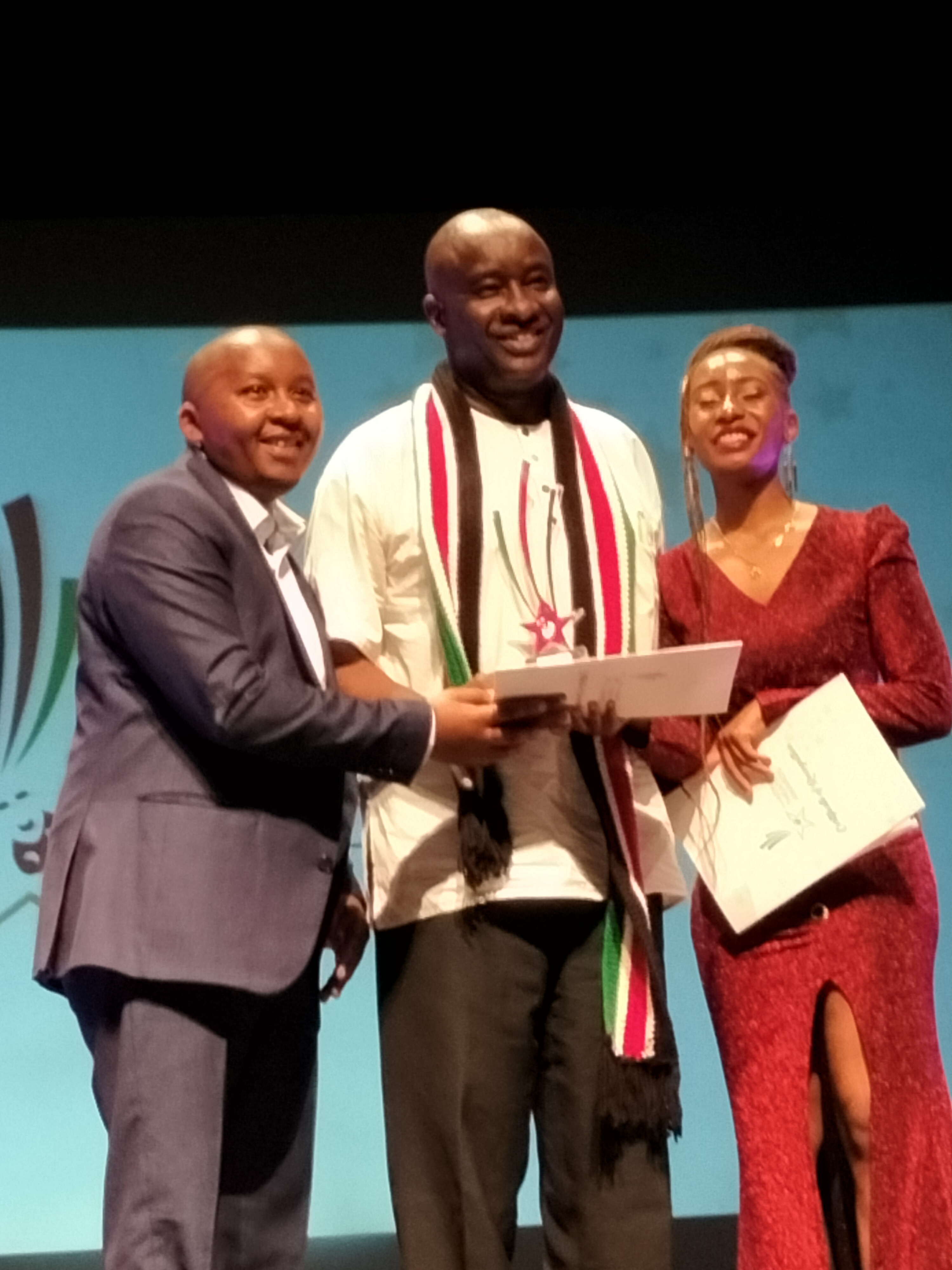 If there was an award for the longest-running number one Performer ‘par excellence’ in Kenya, John Sibi Okumu would have to be the top contender for the prize.

We’ve seen him shine on the cable and old-fashioned TV networks, in award-winning films like The Constant Gardener spirit The First Graderand on stage in roles as challenging as Othello, Romeo and King Oedipus, and as amusing as the King in Eric Wainaina’s Tinga Tinga Tales.

Most recently, we’ve seen him in the new ShowMax series, Crime and Justice where he plays a corrupt shady lawyer named Barasa.

But that is just scratching the surface of all that he’s performed over the decades. What about The Summit, that pioneering TV show where Sibi interviewed all sorts of leading personalities like the Aga Khan, Uhuru Kenyatta, Prof. Peter Anyang Nyong’o, the late Prof. Wangari Maathai and Ngugi wa Thiong’o.

He went on to talk to many more leading lights after he started The JSO Show for KissTV.

There have also been countless UN and NGO Conferences that he has moderated mostly in Kenya but a few have taken him outside the country.

Often, on those occasions, he’d be moderating in both English and French.

And one must not forget the more than 25 years when he performed as a teacher of French in some of Kenya’s most prestigious secondary schools.

His linguistic talents also meant he was often called to perform the role of bilingual translator, sometimes doing documentary films or TV adverts in both French and English, and occasionally ads in English and Swahili.

Sibi’s theatrical talents have never lost their place in his busy interdisciplinary career.

In addition to acting, he’s also directed a number of plays, including Eric Wainaina’s Mo Faya which was so successful, he had to accompany the musical all the way to New York where the show was staged Off Broadway!

Then there’s the other side of Sibi Okumu. That’s the playwright whose last six plays were recently assembled and published in a volume entitled Collected Plays 2004–2014.

In them, Sibi sought to progressively examine the lives and times of everyday Kenyans in a way similar to how the Black American playwright August Wilson sought to interrogate the lives and issues of ordinary black Americans in plays like Fences spirit Ma Rainey’s Black Bottom.

Back in the 20th century, he received a Mbalamwezi award for Distinguished Service, and just recently, he received the World Impact award from the Kenya Theater Awards (after the Lifetime Achievement award went to the honorable Mzee David Mulwa).

I personally have had the privilege of watching Sibi perform on a number of these occasions and even more that I do not have room to sight.

But I have to say none could compare to Sibi Okumu’s performance last weekend with the Nairobi Orchestra at the Braeburn Garden Estate School.

There he performed two narrations that accompanied the music of, first Saint Saens ”Carnival of the Animals’and then George Kleinsinger’s ‘Tuby the Tuba’. Both were performed under the baton of Levy Wataka, the Kenyan conductor who’s been trained (and also taught) everywhere from the UK, Italy, and Germany to Venezuela.

The orchestra did a marvelous job on Sunday afternoon keeping both young and old entertained with a lively repertoire featuring everyone from Tchaikovsky and Saint Saens to film scores from the Avengers, James Bond and the Magnificent Seven after the Intermission. The latter were conducted by an energized James Laight.

But it was Sibi whose role in Tuby the Tuba was most endearing. The story was about the lonely Tuba, who hefty size and deep bass sound was often called upon to make Ump Pah, Ump Pah noises, but he rarely got to play a melody written specially for his instrument.

It’s a Bullfrog who teaches Tuby a melody that he is able to bring back to his orchestra who happily learned Tuby’s tune.

It was Sibi’s performance as the jolly Bullfrog showed me this actor’s vibrant versatility and childlike joy like never before.