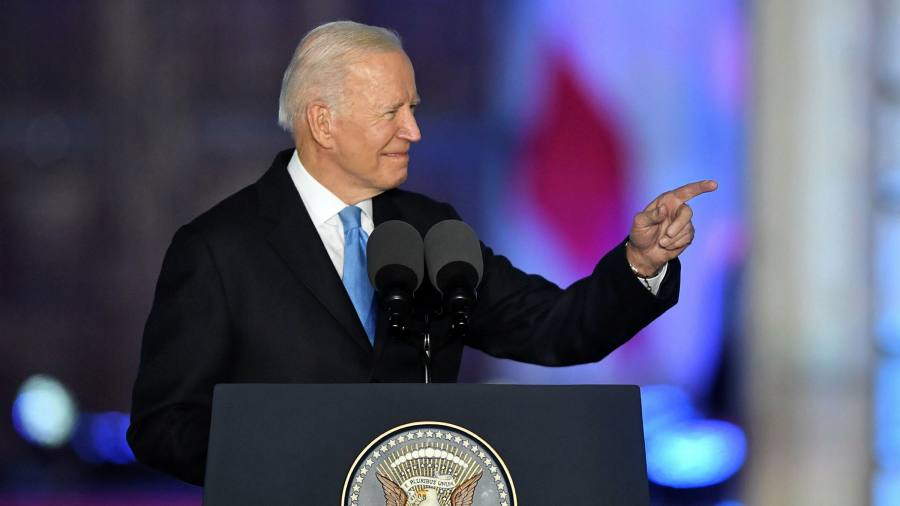 Joe Biden will call on Congress to introduce a new minimum tax targeting the investment income of the wealthiest Americans as part of a new budget proposal.

In a statement released on Saturday, the White House said Biden’s plan would require US households worth over $ 100mn to pay a minimum of 20 per cent tax on all income, including unrealized income from investments such as stocks and bonds.

The Biden administration said that while wealth of the richest in America has increased, they paid just 8 percent of their total realized and unrealized income in taxes, while a firefighter or teacher would pay double.

“President Biden is a capitalist and believes that anyone should be able to become a millionaire or a billionaire,” the White House said.

“He also believes that it is wrong for America to have a tax code that results in America’s wealthiest households paying a lower tax rate than working families.”

Wealthy households that are paying less than 20 per cent of their full income, including currently tax-free unrealized income, will be required to pay a top up tax to meet a 20 per cent minimum.

The proposal is the first time Biden has said he would impose a tax on the wealth of the richest Americans, having largely steered clear of such policies in favor of imposing higher taxes on capital gains and companies.

Last October, a plan by some Democratic Senators to introduce a billionaires tax collapsed after a backlash from moderates including Kyrsten Sinema from Arizona.

The tax was then being considered as lawmakers and administration officials tried to reduce the size of the $ 3.5tn climate and social safety net proposals in Biden’s stalled Build Back Better agenda to about $ 2tn to appease the moderate holdouts within the party.

On Saturday, the White House said the minimum income tax on billionaires, combined with other measures in the president’s budget proposals, would reduce the deficit by $ 1tn over a decade.