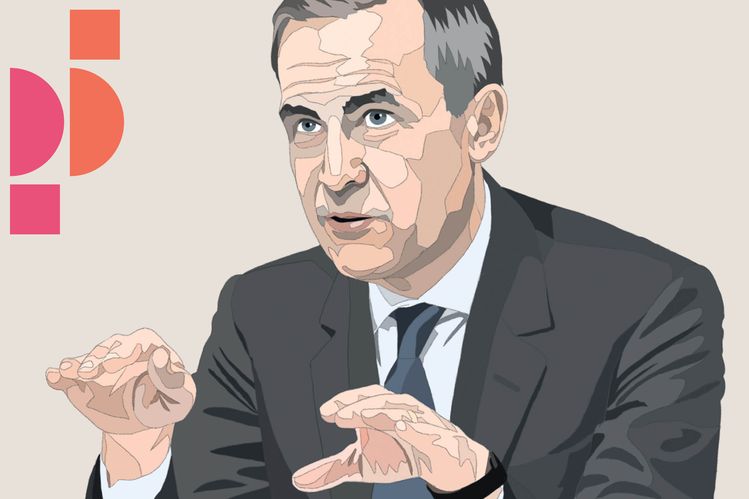 As part of our 25th anniversary celebrations, Financial News has profiled 25 of the most influential figures in the City over the past quarter of a century. Here’s why Mark Carney made the cut.

When Mark Carney arrived at the Bank of England in 2013, he brought rock star power to one of the highest-profile roles in the City.

On the back of Canada’s success in avoiding recession after the global financial crisis, he immediately made his mark as the first foreigner to serve as governor. He tried to make the central bank’s decisions more transparent, publishing minutes and forecasts on the same day as his press conference.

He also took greater regulatory control and put commercial lenders under strict stress tests to ensure that another meltdown like the one in 2008 did not happen again.

He championed the City after the Brexit vote, arguing that London is Europe’s investment banker and should remain so. That means regulatory equivalence is paramount, and he pointed out the risks of moving clearing out of the UK to the continent.

And given the problems that Brexit posed to finance and the economy, he agreed to extend his term at the Bank for two years longer than planned to make the transition smoother.

Perhaps more importantly, Carney was at the vanguard of policymakers pushing for climate change to be viewed as a risk to financial stability. Not only insurers, but all financial institutions needed to account for more frequent weather events and rising ocean levels in their planning, he said.

That emphasis on the environment is what led to his most prominent post-Bank role as United Nations special envoy on climate. He also served as an adviser to Prime Minister Boris Johnson for the UK presidency of COP26 last year. His book Value (s) on the future of politics came out in March 2021 and was endorsed by both rock star Bono and European Central Bank President Christine Lagarde.

Having started his career at Goldman Sachs, he has kept his toes in finance as well. He is now vice chair at Brookfield Asset Management and has joined the board of fintech payments firm Stripe.

His time at the Bank of England was not without controversy, however. He was often scolded for wading too far into Brexit debates. Early in his tenure, when he had to change his guidance on when the central bank might start raising interest rates, he was branded an “unreliable boyfriend” by a member of Parliament.

But even though he has moved back to Ottawa now, for the City of London, he is proving to be the kind of boyfriend who keeps in touch.

Carney headed the Bank of Canada before becoming Bank of England governor. He now works at Brookfield Asset Management.

For more from our 25th anniversary special, just click here.

To contact the author of this story with feedback or news, email Brian Swint