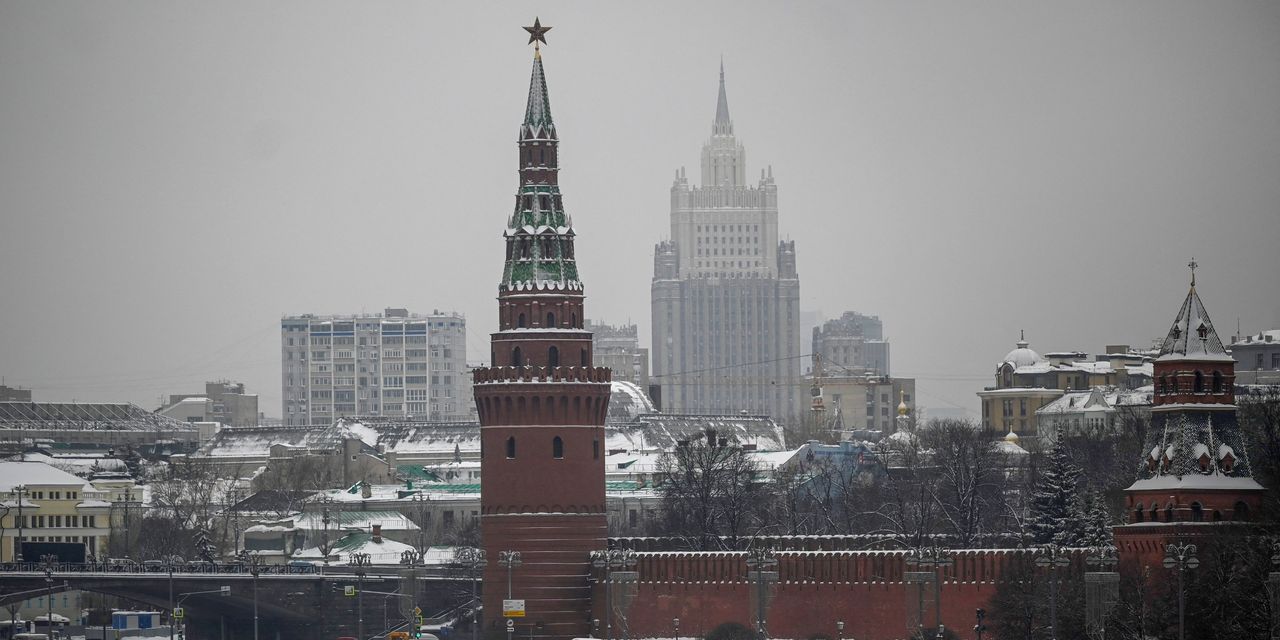 Investors breathed a sigh of relief last week after the Russian government made a $ 117 million interest payment on its foreign debt. But a much bigger payment comes due April 4 – to the tune of $ 2.2 billion – and creditors are far less optimistic Russia will pony up this time.

“The last payment was a small investment in credibility, but when Russia has to start writing billion dollar checks it’s a different calculation,” Jay Newman, former Elliott Management portfolio manager and author of “Undermoney,” told The Post. “I do not think it’s realistic that Russia comes up with the $ 2.2 billion.

The bond payment last week panicked investors because it was unclear whether Russia’s central bank would be able to use its frozen reserve of US dollars to make the payment – and whether US banks would work with the country to transfer the money. There was also a dispute about whether Russia could pay the debt in its own currency. The Russian Finance Ministry insisted the country could pay in rubles RUBUSD,

but people with knowledge of the contract say it’s required to be paid in dollars.

For some smaller installment payments Russia is allowed to pay in rubles. But for the previous payments of $ 117 million and the upcoming payment of $ 2.2 billion, the terms mandate Russia must pay in US dollars.

Russia came through last time. But debt experts take a grim view of what comes next. These people tell The Post they do not think Russia’s ability and willingness to service its previous debt obligation means anything when it comes to the future – especially because Russia faces nearly $ 4.8 billion in debt payments this year.

And April 4 will be the first big test: “Two billion is real money,” Newman warns.

The US Treasury Department clarified Russia can use frozen funds to make debt payments until May 25. After that, the country likely needs to scrape up the money from other sources – borrowing cash or selling oil to countries like China or India.

“If they’re making payments with funds they can’t access otherwise, it’s basically funny money,” said Newman, who spent 15 years recovering $ 2.4 billion in debt from Argentina after it defaulted. “But once they have to scrape cash together and choose to pay bonds over buying guns and food, that’s a harder decision.”

And it’s not just an economic issue. Even if Russia is able to make another payment, some experts worry Russia may simply refuse.

Newman argues the harsh sanctions imposed by the US may backfire – and that removing Russia’s ability to access markets and global trade eliminates the country’s motivation to keep paying debt.

“If Russia is cut off form the rest of the world, you have to doubt they’ll keep paying,” Newman said. “It’s unusual for a country under increasing and persistent economic sanctions to keep up payments – these sanctions have unintended consequences.”

Newman is not alone in his belief that Russia may fail to make the multibillion payment in April.

“I expect a full default of Russian debt,” Robert Kahn of political risk consulting firm Eurasia Group told The Post. “It’s a political – not just economic – issue. Why do they want to pay us back when we’re extraditing them from the economic system? ”

While Russia owes US banks almost $ 15 billion, economists do not expect a default on debt would significantly tank global markets over the long-term. According to the International Monetary Fund, Russia’s relative isolation from the rest of the world makes it “not systemically relevant.”

Still, the conflict – and continued fallout – has already hurt the global economy.

The Organization for Economic Cooperation and Development estimates the conflict will decrease global growth by a percentage point and increase inflation by more than two percentage points. Other economic experts say the war has increased the likelihood of a US recession from 10% to 35% over the next year.

This article was first published on NYPost.com