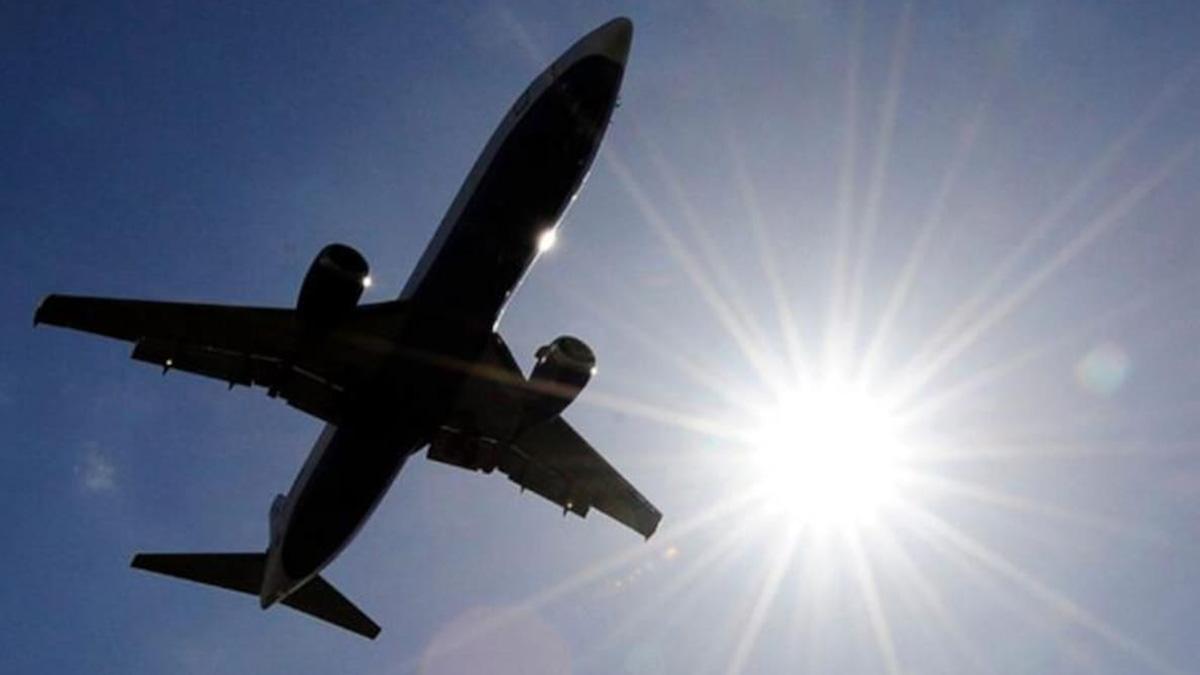 Battered by the pandemic, the airline industry is slowly coming back to normalcy and the resumption of normal overseas flights is expected to provide a fillip to the sector.

On March 8, the Civil Aviation Ministry announced that regular overseas flights would resume from March 27 amid a decline in coronavirus cases. It also relaxed various COVID-19 guidelines.

Talking to reporters in Gwalior on Sunday, Scindia said, “Today is a very important day … All regular international flights services resumed with full capacity from today. During the last two years of the coronavirus pandemic, the international flights were being operated under the air bubble arrangements. “

He said he was confident that people from India are eager to go abroad and vice versa.

The Indira Gandhi International Airport (IGIA) in the national capital, which is also the country’s largest airport, expects international flight departures to witness a significant jump in the first week of April.

While Indian carriers are prepared for normal international services, various foreign airlines, including Emirates, Virgin Atlantic and LOT Polish, have announced plans about their services to and from India.

As many as 60 airlines from 40 countries have been permitted to operate 1,783 frequencies to and from India during the summer schedule, according to the DGCA. The summer schedule will be effective from March 27 to October 29.

A total of 1,466 international departures per week have been approved for six Indian carriers for the summer schedule. They will operate to 43 destinations in 27 countries, according to the Directorate General of Civil Aviation (DGCA).

The government has revised the COVID-19 guidelines for international flight operations, including the removal of the requirement to keep three seats vacant on overseas flights for medical emergencies.

Besides, the requirement for the crew for having a complete PPE kit has been done away with.

India’s largest airline IndiGo said on Sunday it will resume scheduled international flights on 150-plus routes in a phased manner during the next month.

In a statement on Saturday, IndiGo Chief Commercial Officer Willy Boulter said the airline is keen on resuming international operations back to pre-Covid levels but that will also depend on factors like arrival guidelines of various countries.

“We certainly have plans to open new destinations in the near future as well as pump up capacity on our existing routes as travel further opens up. Reaching economies of scale in such a dynamic environment where ATF and other fixed costs are constantly going up, becomes challenging, “he said.

On Friday, a DIAL spokesperson said, “Post resumption of commercial operations, South East Asia and Europe are expected to be the main drivers of further international passenger growth.”

DIAL, the operator of IGIA, expects to connect to over 60 international destinations after the resumption of regular overseas flights.

IGIA is the country’s largest airport and handled around 1.8 lakh passengers per day during pre-Covid times.

The spokesperson had also said the number of international Air Traffic Movements (ATMs) is likely to increase from 165 per day to 300 per day in summer 2022.

The total weekly departures of international flights are expected to increase 66 per cent in the first week of April once the regular overseas flights commence, according to the spokesperson.

This is in comparison to the flights that operated under bilateral air bubble arrangements during winter 2021.

On Friday, Gulf carrier Emirates said it would re-introduce pre-pandemic service frequency across its destinations in the country from April 1.

Prior to late March 2020, when scheduled international services were stopped by India, Emirates was operating 170 weekly flights to nine destinations, including Delhi, Mumbai, Chennai and Kolkata.

All these flights are being restored now, starting from April 1, as per the airline.

These 170 weekly flights include 35 services to Mumbai, 28 to Delhi, 24 to Bengaluru, 21 each to Chennai and Hyderabad, 14 to Kochi, 11 to Kolkata, nine to Ahmedabad and seven to Thiruvananthapuram.

Sri Lankan Airlines on Friday said it would start operating up to 88-weekly flights to India to match the pre-COVID flight schedule. The airline flies to nine cities, including Delhi, Mumbai, Hyderabad, Kochi, Chennai and Bangalore.

British carrier Virgin Atlantic would start a second daily service between Delhi and London starting from June 1. Coupled with its service from Mumbai, Virgin Atlantic will offer three daily flights from India, it said on Friday.

“American Airlines is proud to serve India with daily service between New York (JFK) and New Delhi (DEL). As India resumes international flying, we look forward to expanding our presence in the country as we deepen our partnership with IndiGo and plan to launch new service between Seattle (SEA) and Bangalore (BLR) later this year, “Rhett Workman, Managing Director Europe, Middle East and Asia Operations at American Airlines, said in a statement on Friday.

Poland-based LOT Polish Airlines on Thursday said it would commence flights to Mumbai from May 31 and resume services to Delhi from March 29.

While mentioning about the resumption of regular international flights, Civil Aviation Minister Scindia, on March 8, said, “with this step, I am confident the sector will reach new heights.”