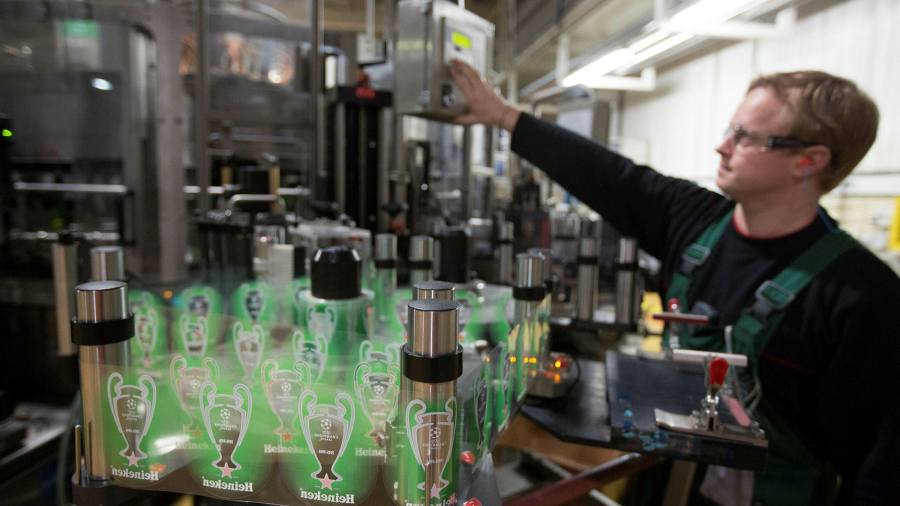 Heineken and Carlsberg announced plans to offload their operations in Russia on Monday and take “substantial” hits to their businesses, as the international brewers became the latest consumer companies to bow to pressure to exit the country following the invasion of Ukraine.

Dutch group Heineken said it would transfer its business to a new owner in a move that would cost it € 400mn in a non-cash impairment charge. Hours later, Danish rival Carlsberg announced it would “seek a full disposal” of its operations in Russia, saying it would also face a “substantial” charge.

While Heineken employs 1,800 people in Russia and makes 2 percent of global sales in the country, Carlsberg has more exposure to the market than any other international brewer, making 9 percent of revenue in the country and employing 8,400 staff.

Both companies will continue to pay staff, with Heineken committing to doing so until the end of the year. Carlsberg said it “deeply regret[s]”The consequences of the decision for its Russian employees.

Heineken said its ownership of the business in Russia “is no longer sustainable nor viable in the current environment. As a result, we have decided to leave Russia. ”

It added: “We will not profit from any transfer of ownership and we expect an impairment and other non-cash exceptional charges of approximately € 400mn in total.”

Carlsberg said its business in Russia “will be reassessed at a fair value, which will result in a substantial non-cash impairment charge”. From an accounting perspective, its Russian business would be treated as an “asset held for sale until completion of the disposal”, it added.

The company said it would provide more details on the accounting impact of the sale and the reintroduction of earnings guidance, which it suspended earlier this month, at a later date.

The announcements on Monday followed similar declarations by tobacco companies such as Imperial Brands and British American Tobacco, which said it was transferring its business to avoid the risk of a backlash from Russian authorities.

Consumer businesses have come under pressure to pull out of Russia but some have been more reluctant to do so due in part to their large staff bases in the country.

President Volodymyr Zelensky and other Ukrainian leaders have criticized companies including Unilever, Mondelez and Nestlé for their continued operations in Russia, with the KitKat maker bowing to pressure last week and halting sales of dozens of brands.

Businesses with large numbers of employees in Russia have faced difficult decisions over their safety and future employment. Beyond paying staff until the end of 2022, Heineken said it would “do our utmost to safeguard their future employment”.

Anheuser-Busch InBev, the world’s largest brewer and maker of brands including Budweiser, continues to manufacture and sell in Russia.

Having fallen 29 per cent this year, Carlsberg’s share price was up 7 per cent in afternoon trading in Copenhagen, climbing sharply after the announcement.