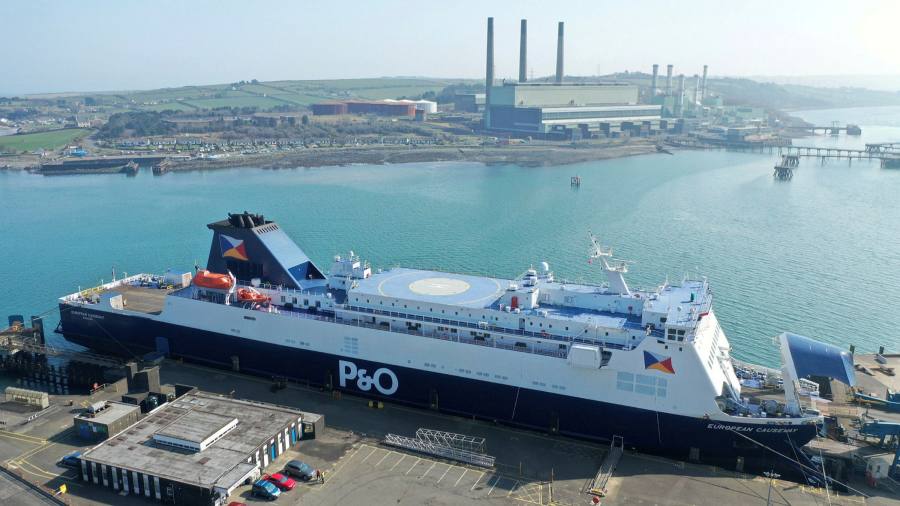 P&O Ferries said it would pay workers in British waters the national minimum wage if other ferry operators did likewise, in a sign it will be forced to reverse its move to replace 800 seafarers with cheaper agency staff.

The company has come under pressure from ministers to increase the pay of the UK crew it fired this month without formal consultation.

P & O’s statement came after the government said it would bring forward legislation forcing all ferry companies operating out of UK ports to pay the national minimum wage.

Grant Shapps, transportation secretary, said that through a comprehensive package of measures. . . I intend to block the outcome that P&O Ferries has pursued, including paying workers less than the minimum wage ”.

P&O sought to halve its labor costs by replacing the workers with international agency staff at an average hourly rate of £ 5.50.

The legislation will remove a loophole in UK law by ruling that ferry companies must pay the British statutory minimum wage, whose main rate will rise to £ 9.50 from April.

Earlier on Monday, Shapps gave the company’s management “one further opportunity” to rehire the staff before the government forced the company to do so.

In a letter to Peter Hebblethwaite, chief executive of P&O Ferries – sent on Monday morning – Shapps said: “A reversal at this point may also go some way in starting to repair your firm’s reputation with the public, many of whom will show their own disgust at your treatment of workers by simply choosing an alternative operator. ”

P&O said: “We fully welcome the government’s commitment to increasing the minimum wage for all seafarers working in British waters.

“From the outset we have called for a level playing field when it comes to pay and conditions on British ferry routes.”

Any change to wage requirements for seafarers operating in British waters would also force Irish Ferries to increase its pay. The low-cost competitor to P&O launched a service on the Dover to Calais route in 2021, employing agency staff below the minimum wage and with longer hours than staff employed by other operators.

Hebblethwaite admitted last week that P&O had chosen not to consult on the 800 redundancies – a breach that would leave it open to paying “protective awards” of 90 days’ pay, on top of redundancy payouts, if taken to a tribunal. The company has said it lost £ 100mn last year, which had to be covered by parent company DP World of Dubai.

It also said on Monday that its predicted cost savings “are not solely coming from the reduction in wages, but from removing job duplication and the benefits we will see from increased flexibility”. 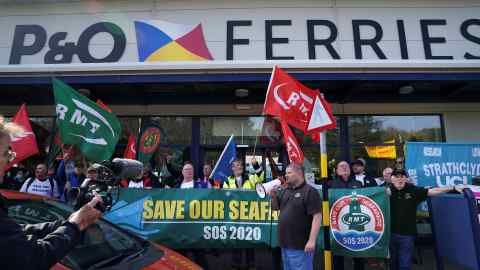 However, he said that some workers would not be prepared to return. A total of 757 of the 786 sacked seafarers are in the process of accepting P & O’s redundancy offer.

“Based on those figures, it seems likely that significant numbers of members will be looking for employment elsewhere,” he said.

P&O came under further pressure on Monday evening when the Maritime and Coastal Agency detained the company’s Pride of Kent ferry in Dover, following an inspection on Monday.

It marks the second detention in days, after the MCA also detained a P&O ferry in Larne on Friday “due to failures on crew familiarization, vessel documentation and crew training”.

Shapps, who said he had spoken to the MCA, said: “Safety will not be compromised and further checks will continue.” P&O did not immediately respond to a request for comment.

The chairs of two Commons committees also on Monday wrote a joint letter to Shapps calling on the government to reconsider P & O’s access to the Treasury’s freeport scheme.

DP World owns two shipping terminals at London Gateway and Southampton which are among the 12 new freeports each receiving £ 25mn of seed capital funding and various tax breaks.

“The government should review DP World’s access to taxpayers’ money, not least in proposed freeports in the UK,” the letter said.

It also said that ministers should prosecute P&O Ferries for its failure to consult with unions – and remove its license to operate in the UK – and strike off Hebblethwaite as a director.

P&O said in a response to the committees: “Restructuring our workforce in this way was not a course of action that we ever wanted to take as an organization, but it was a necessary action to ensure the future viability of the business.”