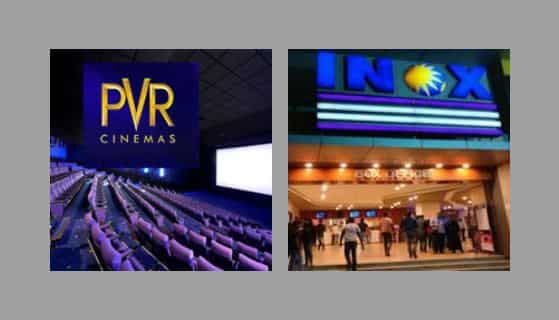 Leading film exhibition players PVR Ltd and Inox Leisure Ltd on Sunday announced a merger deal to create the largest multiplex chain in the country with a network of more than 1,500 screens.

The combined entity will be named PVR Inox Ltd with the branding of existing screens to continue as PVR and Inox. New cinemas opened post the merger will be branded as PVR Inox, it added.

As per the agreement, Inox will merge with PVR in a share swap ratio of 3 shares of PVR for every 10 shares of Inox.

“The amalgamation is subject to the approval of the shareholders of PVR and INOX, respectively, stock exchanges, SEBI and such other regulatory approvals as may be required.

“Post the merger, the promoters of INOX will become co-promoters in the merged entity along with the existing promoters of PVR,” the filing said.

When the merger comes into effect, the board of the merged company would be reconstituted with total board strength of 10 members and both the promoter families having equal representation on the board with two seats each.

The merger will unlock significant complementarity and growth potential and offers compelling revenue and cost synergies, the statement added.

PVR CMD Ajay Bijli said: “The partnership of these two brands will put consumers at the center of its vision and deliver an unparalleled movie-going experience to them. The film exhibition sector has been one of the worst impacted sectors on account of the pandemic and creating scale to achieve efficiencies is critical for the long term survival of the business and fight the onslaught of digital OTT platforms “.

Inox Leisure Director Siddharth Jain said: “As we head into the industry’s revival amidst headwinds, this decisive partnership would bring in enhanced productivity through scale, a deeper reach in newer markets and numerous cost optimization opportunities, and continue to delight cinema fans with world- class experiences and landmark innovations “.

“The combined entity will become the largest film exhibition company in India operating 1,546 screens across 341 properties across 109 cities,” the filings said.