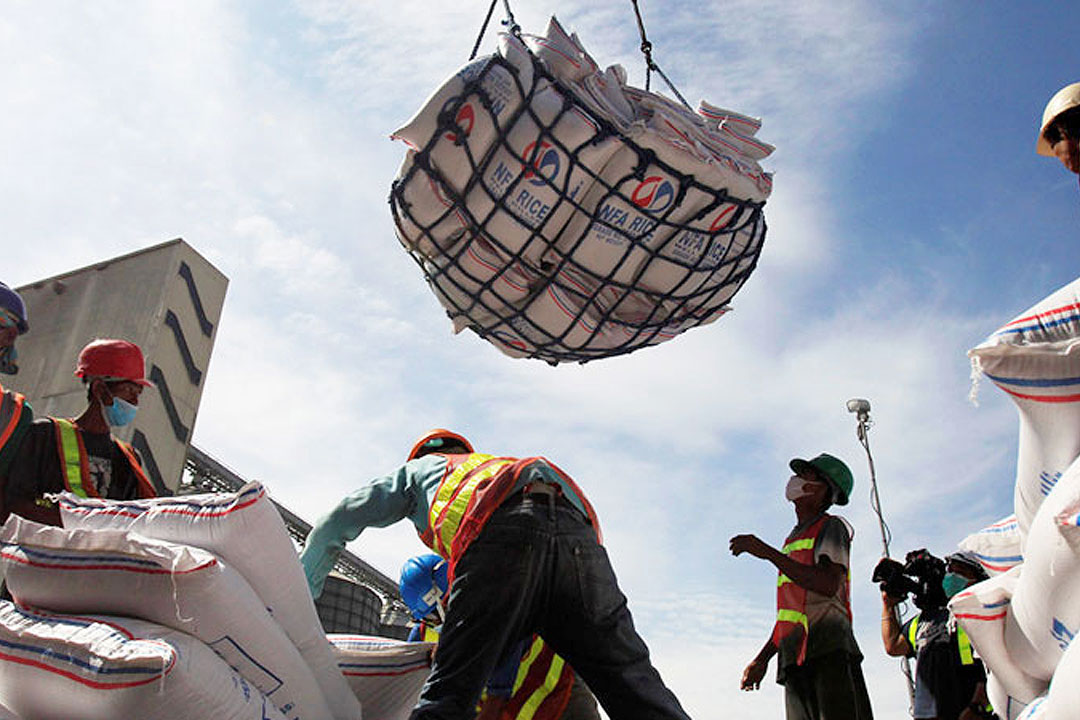 THE DATA on farm imports compiled by the Bureau of Customs (BoC) and the Department of Agriculture (DA) do not tally in the absence of an integrated data platform, officials told a Senate panel on Monday, though some Senators characterized this mismatch as “ looking the other way ”in a manner that facilitates smuggling.

At a Senate committee of the whole’s hearing on agricultural smuggling, representatives from the two agencies said their estimates are based on two separate data sets – the DA relies on import permit statistics to estimate the volume of commodities expected to arrive, while the BoC tallies data like volume of actual arrivals and taxes paid on entry.

BoC Assistant Commissioner Vincent Philip C. Maronilla said the DA’s import permits would be a more authoritative indicator on the actual volume of food imports entering the Philippines. However, Agriculture Assistant Secretary Federico E. Laciste, Jr. of the department’s Field Inspectorate, said there was no “real time” record of the volume of import arrivals, noting that “even if we have issued import permits, not the whole (amount) issued arrives.”

“This is because it (the process) is not yet automated,” he added. “The ideal is if it is automated, (then) in real time, we will be able to see everything.”

Senator Cynthia A. Villar, who chairs the Agriculture, Food, and Agrarian Reform committee, said at the hearing that the DA can always require importers to report on shipments as they arrive.

“You can enforce that because you are issuing import permits. If they do not want to follow then do not issue them the permits in the future, ”she said. “It is not an excuse. It seems like you do not want to know what has arrived and has not arrived. “

“If you do not know (the data) in real time, then you also do not know if the number of imports has already exceeded the permit volumes,” Senator Francis Pancratius N. Pangilinan said at the hearing.

He called for future permits to be denied if importers fail to disclose actual arrivals.

“They really do not want to know what’s coming in because they need to look the other way while undocumented imported products keep coming in,” he added.

Senator Panfilo M. Lacson, Sr. noted the onerous process of being accredited with the BoC and complying with food safety rules, which has not curbed smuggling over decades.

“It’s so hard for importers to comply with requirements, but it’s so easy for smugglers to get past the authorities,” he said.

Mr. Pangilinan said some smugglers may have become “untouchable” over the years because of their influence on certain agencies.

“Just like other crimes and other groups… they evolve even if we guard against them and make plans, they will be creative and create more ways to get around,” Mr. Laciste said, reiterating the need for automation.

Mr. Maronilla said the BoC is currently working on full automation of its current processes.

“One of our recommendations is to have fully automated trade transactions and monitoring,” he said. “Once we have automation, not only in centralized databases but also in the import and export processes and requests for inspection, we will be able to monitor.”

He noted that major automation projects include the Philippine Customs Modernization Project funded by the World Bank.

“Hopefully after that, we will be able to start with the procurement process of the customs processing system which will replace our current system and will modernize it to be on par with international standards,” he added.

“We hope and pray that it happens because your automation is already very delayed,” Senate President Vicente C. Sotto III said. “We should not let the smugglers keep up with any improvements” in the BoC’s systems, he added. – Alyssa Nicole O. Tan