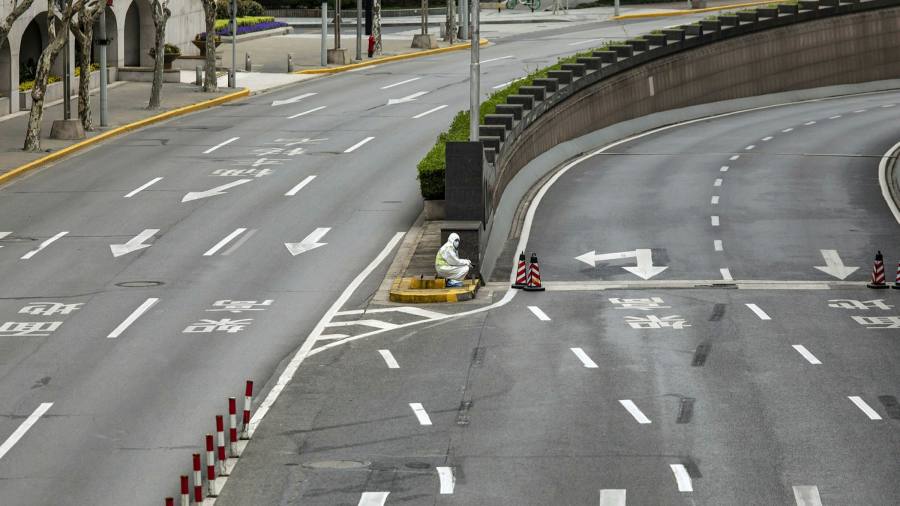 Shanghai ushered in extreme lockdown measures on Monday that cleaved China’s leading financial center in two and blocked connections to the rest of the country, as local authorities tried to quell a record outbreak of largely asymptomatic covid cases.

Police cut off tunnels and bridges linking Pudong, home to Shanghai’s financial district and many big manufacturers, to Puxi. The two areas, separated by the Huangpu river, are being locked down for mass testing, with Pudong closed until April 1 and its residents confined to their homes. Puxi’s closure and testing drive will start when Pudong reopens, and will run until April 5.

Police also blocked highways leading out of the city, with anyone wanting to leave required to produce a negative Covid test taken within 48 hours, state media reported, citing notices from Shanghai police.

The lockdowns, which far exceed previous measures in Shanghai and marked the first time authorities have confined millions of the city’s residents to their homes, sparked panic buying as shoppers rushed to stock up on vegetables.

The outbreak in mainland China’s most international financial center is proving a big test for the country’s wider strategy to contain coronavirus. Following an initial lockdown of Wuhan in early 2020, authorities have instituted severe restrictions on other cities to eliminate outbreaks, although recently there had been signs that the approach was being tempered.

President Xi Jinping this month emphasized the need to “minimize the impact” of the virus on the country’s economy after southern tech hub Shenzhen was locked down. In Shanghai, authorities had indicated that a full-scale lockdown was not necessary a few weeks ago, although buildings with positive cases were often sealed off.

Some factories in China have set up isolated “bubble” systems, an approach comparable to the closed system employed for the Winter Olympics in February, which allowed staff to work during lockdowns as long as they did not leave the premises.

The city’s response to the outbreak contrasts with that taken in Hong Kong, which has recorded more than 1mn cases over the past two months after being largely free of infections for almost two years. Plans for mass testing in the territory, which also sparked panic buying, have been downplayed recently given the sheer scale of infections. 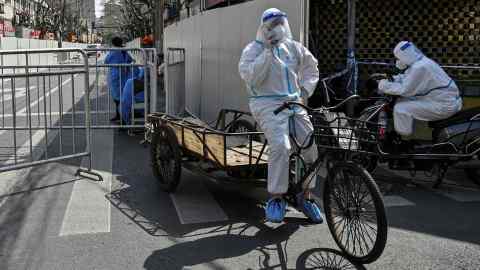 China’s stock market started the week lower following news of the lockdowns in Shanghai, with the country’s benchmark CSI 300 index falling as much as 2 per cent on Monday morning as traders weighed the implications for the country’s broader strategy.

“In the near term, China will stick to its zero-tolerance approach,” said Bruce Pang, head of research at China Renaissance. He added that while supply chain shocks had been minimal, the outbreaks would probably weigh on economic growth as Chinese consumers grappled with greater uncertainty.

Pang said that official statements, including from the latest meeting of the Chinese Communist party’s politburo, “imply any adjustment [to containment strategies] will come with the precondition of eliminating infection ”.