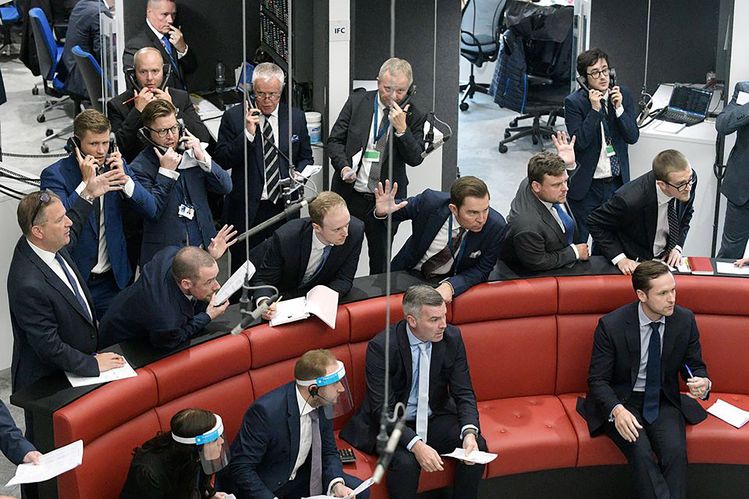 Traders on the London Metal Exchange may be furious. But they can hardly claim they were not warned.

Laying out its ‘strategic pathway’ five years ago, the LME’s chief executive Matthew Chamberlain made plain that the exchange’s first principle was an “absolute commitment” to the physical market.

So when the interests of Chinese metals producer, Tsingshan Holding, came into conflict with a bunch of hedge funds and other traders, there should have been no doubt which side the LME would be on. Whether by canceling $ 3.9bn or trades retrospectively the LME with its second principle of “fairness” is another matter.

The nickel trading fiasco that has unfolded over the last two weeks raises a host of questions: about the future of the LME under the ownership of Hong Kong Exchanges and Clearing; about the lack of transparency in financial markets; and about the role of London as a center of global metals trading.

But one thing is not open to question: the LME has made a total hash of it. The LME allowed nickel prices to treble in less than two days, doing nothing to slow a rise that would clearly put some market participants, and the market as a whole, at risk. Traders say the threat should have been plain even though the LME did not know the full extent of Tsingshan’s short exposure in nickel.

The reason it did not know? When LME suggested some time ago that there should be greater transparency in the market some of its member brokers objected. So it did not happen. As a result, the LME was unaware that, in addition to its exposure via the exchange, Tsingshan reportedly had four times as much exposure via over-the-counter deals with banks.

This would have left it owing the banks, including JPMorgan, Standard Chartered and BNP Paribas, an estimated $ 15bn had the trades not been canceled, according to The Wall Street Journal. After the trades were scrapped, Tsingshan owed about $ 4.5bn in margin payments which it is seeking to borrow from the banks against its huge holdings of physical nickel.

The lack of transparency has distinct echoes of last year’s Archegos collapse, where the market had no idea of ​​the hedge fund’s total exposure to highly geared stock bets. The one surprise is that this time accident-prone Credit Suisse appears not to have a starring role in the drama.

Belatedly, the LME introduced caps to daily price swings, which are widely used by other exchanges, and is planning to introduce tighter position limits together with tougher supervision of traders with large short positions. The LME has also ordered nickel traders to disclose their over-the-counter positions above a certain threshold.

Some traders have argued that setting volume limits or increasing margin requirements would have prevented the price squeeze getting out of control. But the LME says that by the time it acted the pressure on a number of market participants was such that canceling the trades was the only way to prevent permanent damage to the market. It may well be right.

But the cost is a devastating blow to the LME’s reputation which has prompted explosive attacks from the likes of AQR hedge fund boss Cliff Asness who accused the exchange of “stealing money” from traders. Some firms have reportedly pulled back trading from the exchange in protest and have raised the prospect of legal action.

Adding insult to injury, the LME suffered a number of further problems as it restarted nickel trading.

Chamberlain has insisted that its actions had nothing to do with favoritism towards Tsingshan related to the exchange’s Hong Kong-based ownership. But the episode has led to renewed questions among traders about whether HKEX is an ideal parent for a key City institution.

It is almost 10 years since HKEX paid £ 1.4bn for the member-owned exchange, beating off rival bids from CME, InterncontinentalExchange and NYSE Euronext. Chamberlain, then a banker at UBS, was one of the advisers to HKEX on the deal.

Critics say that LME has stumbled under HKEX ownership and that the latest debacle is a gift to potential rivals. CME, which has a successful copper contract, is looking at the potential to move into nickel, while LME’s mistakes could be very helpful if the Shanghai Futures Exchange, which already has a nickel contract, wanted to open up more to international traders.

Mark Thompson, a former metals trader at Trafigura who has been one of the LME’s fiercest critics, told Bloomberg that the shambles has shown that HKEX is the wrong owner for the LME.

If that is true, the City should perhaps breathe a sigh of relief that HKEX was forced to abandon its 2019 bid for the much more important London Stock Exchange Group.

To contact the author of this story with feedback or news, email David Wighton