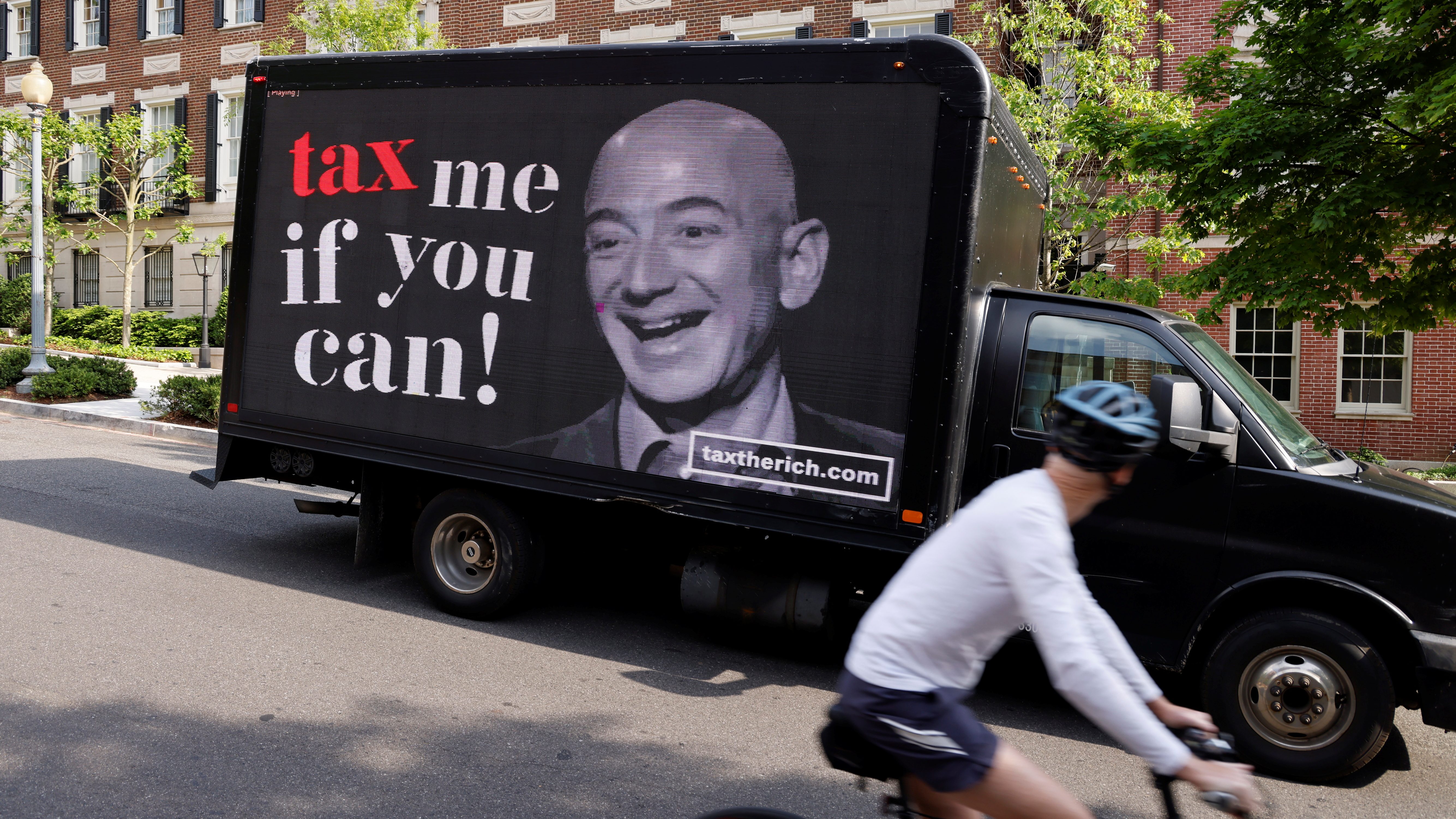 For years some of the wealthiest Americans have paid little to no federal income tax thanks to US laws that do not recognize unrealized gains, such as stocks or property, as taxable income. Amazon CEO Jeff Bezos paid no federal income tax in 2007 or 2011, a 2021 ProPublica investigation found, while Tesla CEO Elon Musk did the same in 2018.

US President Joe Biden wants to reform the system by introducing a minimum tax on billionaires that he unveiled today (March 28) as part of a budget proposal for the next fiscal year. Under the plan, American households worth more than $ 100 million would pay a 20% tax rate not only on their income, but also on unrealized gains tied to liquid assets such stocks and bonds.

While the billionaires’ tax faces an uncertain road to passage in Congress, it has the potential to drastically change what ultra-wealthy Americans like Musk and Bezos owe to the IRS.

Much of the wealth of the US’s top billionaires is concentrated in public stocks, but they aren’t currently taxed on these assets until they sell them off. Under Biden’s proposal, these assets would still be taxable even if they have not been sold.

The White House would give households nine years to pay taxes on previously unrealized income. Assuming that 100% of the market value of shares in the companies they founded is taxable, Musk would owe an additional $ 50 billion in taxes, while Bezos would owe $ 35 billion, according to an estimate by University of California-Berkeley economist Gabriel Zucman. All told, the top 10 US billionaires would pay at least $ 215 billion over the next 10 years under the new tax.

Biden’s proposed tax would apply to just 0.01% of the wealthiest US households and raise an estimated $ 361 billion in revenue by 2032, more than half (pdf) of which would come from billionaires alone, the White House said.

Will the billionaire tax be passed?

While Democrats including Senators Elizabeth Warren and Ron Wyden have been pushing for tougher taxes on ultra-wealthy Americans, “the pathway for passage in Congress remains muddied,” analysts from institutional investment firm Beacon Policy Advisors wrote in a note. Democratic senators Joe Manchin and Kyrsten Sinema, who have previously expressed skepticism about taxing billionaires and corporations, have not said whether they’ll support this new proposal.