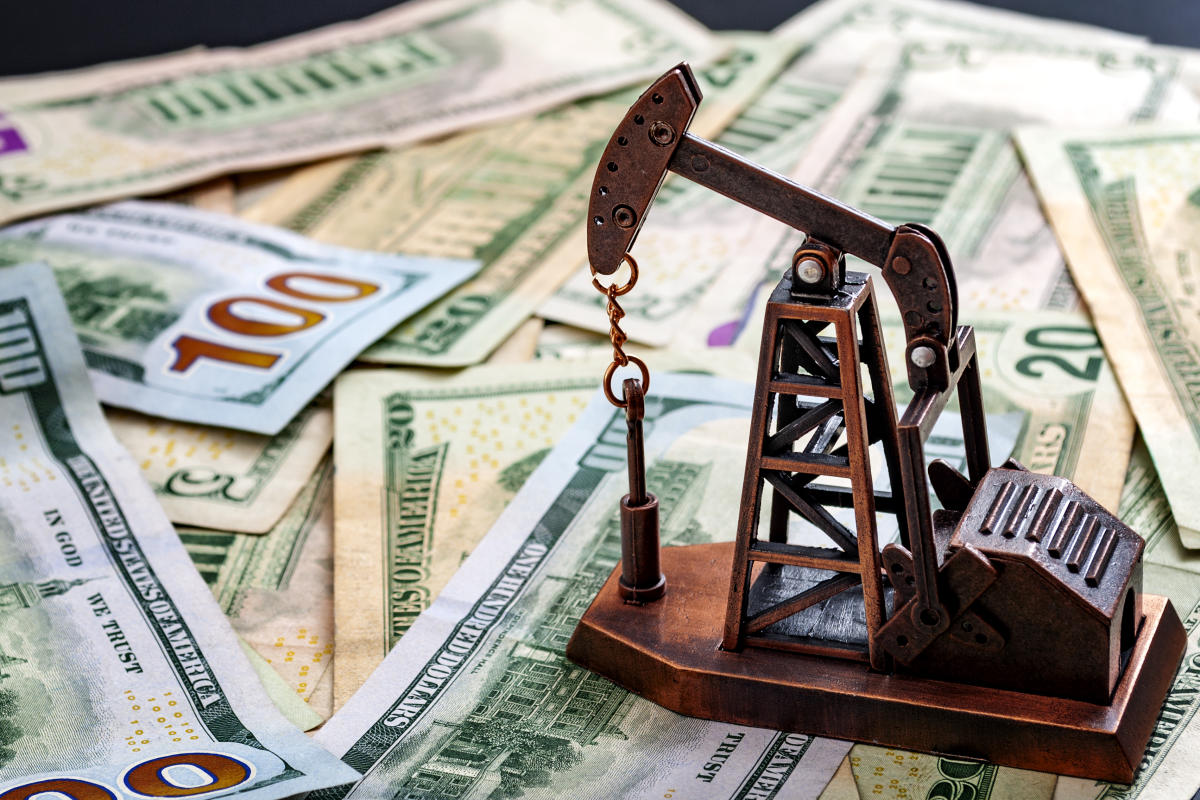 Almost any direction you look, it points to higher oil prices and a potentially damaging effect on the global economy – one the market will have to factor in once and for all.

To be sure, the stage is set for a renewed push higher in oil prices after a momentary relief sell-off.

Then there is the delayed domino effect of harsh sanctions by the West on Russia beginning to infiltrate through the oil markets.

That climate has the Financial Times (and pros on Yahoo Finance Live) warning of $ 200 oil prices.

As one would expect, oil prices at such elevated levels will hurt corporate profits – perhaps big-time. Let’s use tech giant Amazon – which operates large oil-sucking distribution centers and an army of gas-powered trucks (until Rivian delivers the company thousands of EVs in 2040) – as a benchmark as to what could be coming once earnings season starts soon.

The higher cost for diesel caused Morgan Stanley analyst Brian Nowak to mark up his 2022 fuel expense estimate for Amazon by a whopping $ 6 billion. That is billion with a b.

Even before oil prices blew at $ 100 a barrel after the start of the Russia war on Ukraine, companies were signaling things could get hairy mostly due to energy-related inflation.

FactSet notes that 95 S&P 500 companies have already issued EPS guidance for the first quarter – 66 of them have been warnings. The number of companies releasing first quarter warnings is above the five-year average, FactSet says.

The folks at Bespoke whipped up the below chart that underscores the sell-off in the space.

Analyst note of the day: As we have been saying on Yahoo Finance Live, this is shaping up to be the summer of love for singles as the pandemic loosens its grips. Jefferies tech analyst Brent Thill just got back from the Global Dating Insights conference (yes, this is a thing), and offered up this observation which should leave you digging into the financials of Match Group and Bumble: “(1) the dating industry is moving towards more interactive dating (eg, live video, gaming) rather than “swipe, match, meet”; (2) Trust and safety are key investment priorities for dating apps; (3) Match’s new app Stir looks promising for single parents; (4) Snap could be the next large tech company to venture into dating, but we would expect there to be minimal long-term impact to Match’s business.

Retail and auto chatter: Kohl’s is firing back at the two activist investors pushing the retailer to sell itself, both of which just appeared on Yahoo Finance Live. Kohl’s shares the past decade: up 24% versus a 220% gain for the S&P 500, per Yahoo Finance Plus data.

If Levi’s thought the old approach of saying nothing when bad news hits in the hopes of it becoming a non-story would work on the Jennifer Sey departure, well, that obviously is not the case. Here is a stellar profile of the now former Levi’s leader (who was poised to take over as CEO from Chip Bergh) by the New York Times. Sey was pretty much pushed out (though the company refutes that notion) of the company for her tweets on COVID-19 vaccinations in schools.

Meanwhile, Starbucks incoming CEO Howard Schultz better muster all his legendary oratory skills because the unionization push at the company’s stores is full steam ahead, as Yahoo Finance’s Dani Romero reports. Wall Street continues to downplay the financial impact of unionization at Starbucks – but maybe they need to rethink things.

Private companies with lofty valuations could be at risk of cutting those valuations, writes the always plugged in TechCrunch (a sister publication to Yahoo Finance). Instacart’s ugly valuation haircut late last week may be a sign of things to come.

Town Brian Sozzi an editor-at-large and anchor at Yahoo Finance. Follow Sozzi on Twitter @BrianSozzi and on LinkedIn.

What to watch today

Has the NFT market peaked? Depends on who you ask

SoFi CEO on Biden and student loan forgiveness: ‘This is classic leadership by indecision’