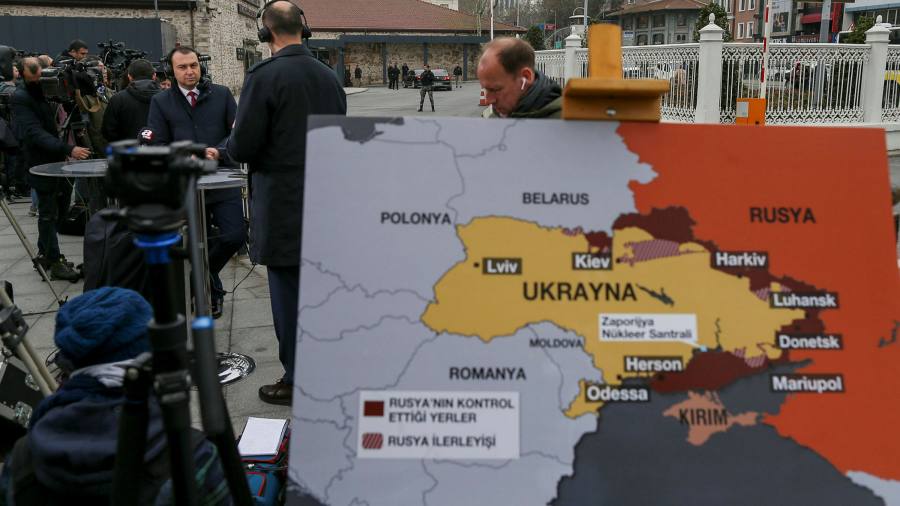 European stocks rose on Tuesday as the prospect of progress in peace talks between Russia and Ukraine boosted market sentiment.

The regional Stoxx 600 share index added 1.5 per cent, with outsized gains for carmakers caused by hopes that a cessation of hostilities would ease supply chain disruptions. Bank shares also rallied.

London’s FTSE 100 rose 1.3 per cent and Germany’s Xetra Dax index added 1.9 per cent. Futures markets implied a weaker performance on Wall Street later in the day, with contracts tracking both the S&P 500 and the tech-focused Nasdaq 100 up 0.4 per cent.

As envoys from Moscow and Kyiv were meeting in Istanbul on Tuesday to discuss a possible peace deal, Turkish President Recep Tayyip Erdogan said he expected “good news” to emerge from the talks.

Many investors expect the effects of the war, including spiraling prices of commodities and metals produced in both countries, to continue weighing on financial markets, however.

“The tragic war in Ukraine has resulted in a global energy shock. We see this increasing inflation, pressuring consumers and hurting growth, especially in Europe, ”the BlackRock Institute wrote in a note to clients.

Guilhem Savry, cross-asset manager at Unigestion, said that while short-term, trend-following hedge fund strategies were at present buying equities, “this could reverse quickly as [economic] fundamentals are not supportive ”.

He added: “We are in a short-term positive cycle that will change once there is a negative geopolitical event or negative economic growth data.”

Brent crude, the international oil benchmark, rose 1.5 per cent to about $ 114 a barrel, having dropped in the previous session after Chinese authorities reacted to rising Covid-19 cases by imposing extreme lockdown measures in Shanghai. Oil prices have swung violently over the past week, commonly with intraday moves of at least 5 per cent, while Brent rose to almost $ 140 a barrel earlier this month. 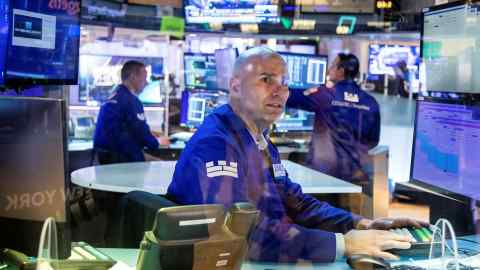 In debt markets, shorter-dated US Treasuries remained under pressure as traders bet on the Federal Reserve raising interest rates rapidly this year to battle surging inflation. The Treasury yield curve, which charts the returns on bonds of different maturities and traditionally slopes upwards, continued to flatten as investors avoided near-term economic risk.

Price action in the Treasury market has also been exaggerated by a lack of liquidity ⁠ – the ease with which traders can buy and sell securities ⁠ – after investors turned bearish on bonds, whose fixed-income payments are eroded by inflation.

“The US Treasury curve has completely fallen off the rails with brutal liquidity conditions and downright strange price action,” said analysts at Bespoke Investment Group.

“This sort of huge front-end sell-off while the long end rallies tend to come during periods of very high volatility or when the Treasury curve is bear-flattening into a recession.”