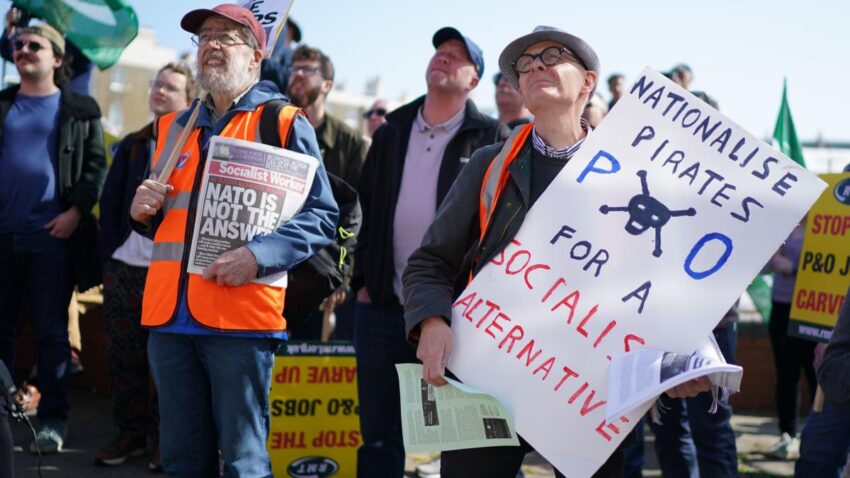 The boss of P&O Ferries has said he will not reverse the company’s decision to fire 800 crew and will not resign.

Peter Hebblethwaite, the company’s chief executive, has said the plea by Grant Shapps, the transport secretary, to offer the crew their jobs back on their former terms “ignores the situation’s fundamental and factual realities”.

In a letter to Shapps, Hebblethwaite said re-employing the workers would “deliberately cause the company’s collapse, resulting in the irretrievable loss of an additional 2,200 jobs”, adding: “I can not imagine that you would wish to compel an employer to bring about its own downfall, affecting not hundreds but thousands of families. ”

The ferry operator sacked its entire British crew on March 17 with the aim of replacing them with cheaper agency workers who will be paid £ 5.50 an hour on average.

Shapps wrote to Hebblethwaite on Monday offering him “one further opportunity” to rehire the sacked workers and said he intends to “block the outcome that P&O Ferries has pursued”.

He has pledged to bring a “comprehensive package of measures” to parliament to ensure crew on ferries operating out of British ports are paid the minimum wage. The UK minimum hourly wage raises from £ 8.91 to £ 9.50 on April 1.

Shapps said: “Given that we intend to ensure such outcomes are prevented by laws – which we will ensure that you can not simply choose to ignore – I believe you will be left with little choice but to reverse your decision in any case.”

More than 500 crew are said to have signed settlements, including 67 officers who have either accepted the offer to work with the new crew provider or are in the process of doing so.

He wrote: “These are legally binding agreements, and crew members who have entered them will rightly expect us to comply with their terms.”

Both the prime minister and Shapps have called on Hebblethwaite to resign, a move he has also rejected.

In the letter, he wrote: “I am compelled to discharge my duties for this historical company, saving the jobs of the 2,200 dedicated employees who continue working for P&O Ferries and providing for the effective operation of the trade routes upon which this country depends.

“I will therefore continue to do my utmost to ensure that this company has a sustainable business for the future.”

Hebblethwaite said P&O Ferries welcomed the government’s commitment to increasing the minimum wage for all seafarers working in British waters’.