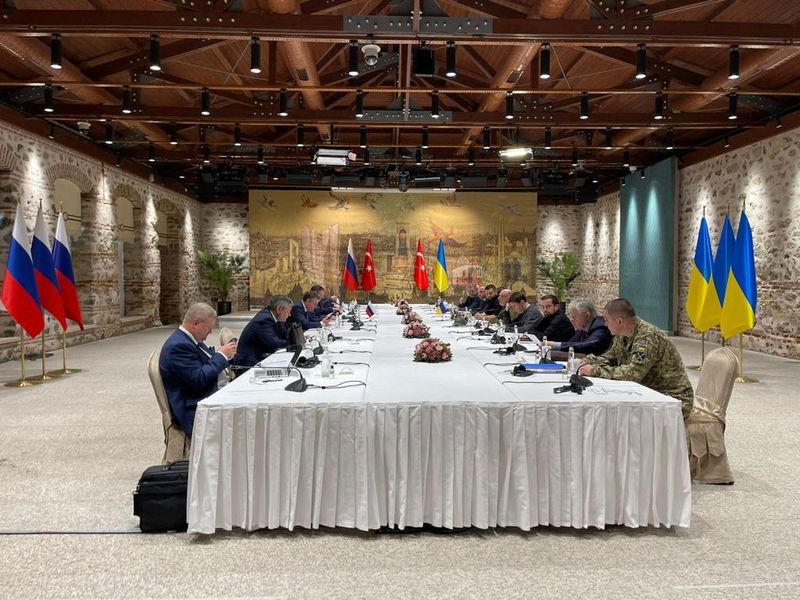 The proposals would also include a 15-year consultation period on the status of annexed Crimea and could come into force only in the event of a complete ceasefire, the negotiators told reporters in Istanbul.

The proposals are the most detailed and concrete that Ukraine has aired publicly. They also envisage security guarantees along the lines of the NATO military alliance’s Article 5, its collective defense clause. Poland, Israel, Turkey and Canada could among the potential security guarantors.

“If we manage to consolidate these key provisions, and for us this is the most fundamental, then Ukraine will be in a position to actually fix its current status as a non-bloc and non-nuclear state in the form of permanent neutrality,” said negotiator Oleksander Chaly.

“Military exercises on our territory will take place with the consent of the guarantor countries.”

There was enough material in the current Ukrainian proposals to warrant a meeting between Ukrainian President Volodymyr Zelenskiy and Russian President Vladimir Putin, the Ukrainian negotiators said, adding they were awaiting Russia’s response.

Ukrainian and Russian negotiators met in Turkey on Tuesday for the first face-to-face talks in nearly three weeks, with Ukraine seeking a ceasefire without compromising on territory or sovereignty as its forces have pushed Russians back from Kyiv.